Woman, 106, who feels ‘healthier than ever’ after battling Covid-19 TWICE reveals her secret to long life is full fat milk and whisky

A resilient pensioner who has survived two world wars and three flu pandemics, has celebrated her 106th birthday by beating Covid-19 for a second time.

Mary Nicholson who lives at the Elizabeth Court Care Home in St Helen’s, Merseyside, tested positive for Covid-19 on New Year’s Eve but said she felt ‘healthier than ever’ after overcoming the virus in time for her birthday on Tuesday.

She revealed her long life is the result of drinking full fat milk, cream and butter, as well as enjoying a ‘tipple of whisky at night’.

Mary said it was a ‘lovely sensation’ to be out of isolation and to find so many cards and presents waiting for her. 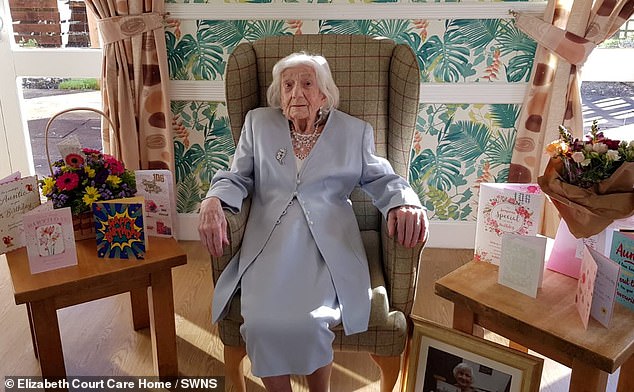 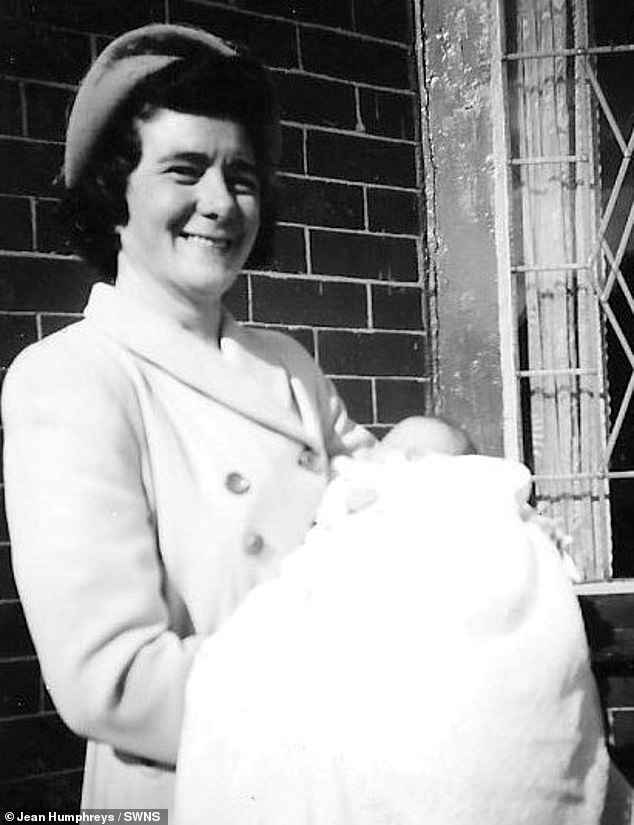 The 106-year-old has lived through two world wars and two pandemics. Pictured: Mary as a baby

Staff at the care home sang to Mary who is better known by her nickname Polly, a birthday song and presented her with a cake in celebration of her birthday.

Mary who never got married or had children, was unable to see her family due to the covid restrictions but said that she was looking forward to celebrating with them once ‘all this Covid is done’.

Early on in the pandemic, scientists were baffled as to whether or not you could catch Covid-19 twice. Now the evidence is more convincing, following a string of reports of re-infections all over the world.

With some illnesses such as chickenpox, the immune system can remember exactly how to destroy it and becomes able to fend it off if it ever tries to enter the body again.

Tests have shown that many people who recover from Covid-19 have antibodies – which can produce future immunity – but it is not known whether there are enough of them.

However, antibodies are only one type of substance that can produce immunity. The immune system is a huge web of proteins that have different functions to protect the body against infection.

Others, including white blood cells called T cells and B cells, can also help the body to fight off disease but are more difficult to discover using currently available tests.

Evidence is beginning to suggest that antibodies disappear in as little as eight weeks after infection with the coronavirus, scientifically called SARS-Cov-2.

On the other hand, T cells – which target and destroy cells already infected with the virus – are ‘durable’.

A promising study done on monkeys found that they were unable to catch Covid-19 a second time after recovering from it, which led scientists to believe the same may apply to humans.

The rhesus monkeys were deliberately reinfected by scientists in China to test how their bodies reacted.

Because the coronavirus has only been known to scientists for nine months there has not been enough time to study whether people develop long-term immunity.

‘I’ve been fantastic and I’m happy and enjoying myself. Earlier on I had a cough but I’m feeling better.

‘I couldn’t tell you how lovely my birthday has been. Lovely sensation to find cards and presents that were given to me.

‘It’s nice to be able to celebrate after being in isolation because of the virus.

‘I’m feeling good after Covid and nothing can hold me back. I’ll get back to normal as quickly as I can.

‘I can’t wait to be able to see my family again, I love them all to bits and they mean the world to me.

‘I wish they could be with me here today. But I can’t wait to see them once all this Covid is done.’

The centenarian who was born in England, revealed her family are originally from Scotland. Her father, Murdoch Nicholson, was born in Glasgow in 1897 but he moved to Liverpool for work.

The former canteen cook lived a difficult life after losing her mother when she was five and her father five years later.

Her father had enlisted as a medic and was gassed, dying shortly after returning to Britain.

Jean said: ‘They didn’t have an easy life. She lost her mum and dad so young and went through the wars. But she persevered and worked hard and she inspires me every day.

‘She lived in her home until she was 102. She lived on her own, she was fiercely independent. 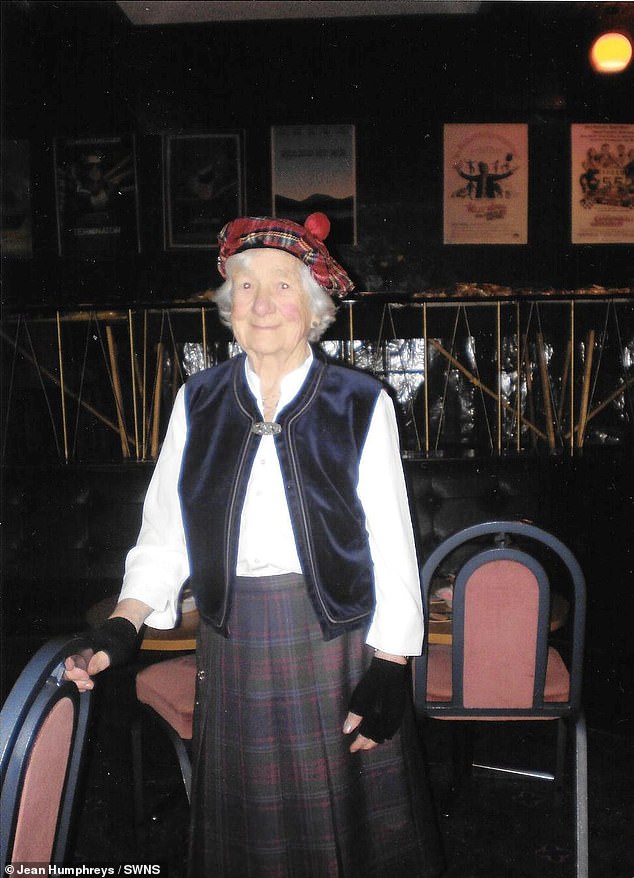 Mary (pictured) who never got married or had children, revealed she’s looking forward to celebrating her birthday with family after the pandemic 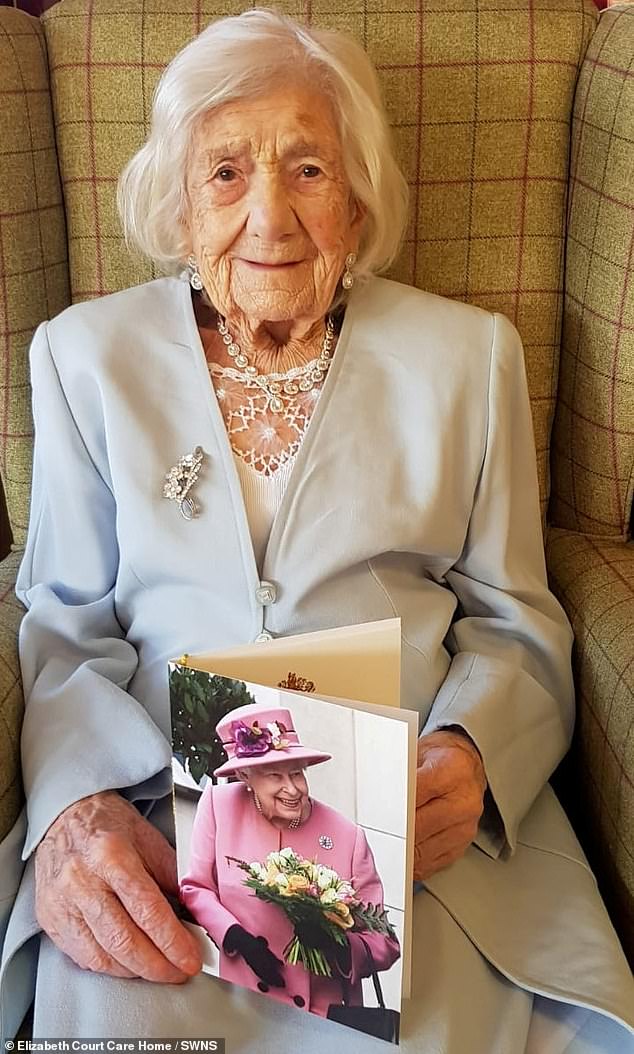 Mary’s niece Jean Humphreys, said she hasn’t had an easy life following the death of her mother and father at a young age

‘She used to go shopping for the old lady a few doors down. And she was younger than Polly, she was about 100.

‘She used to say she was an old woman who needed help.

‘She had to be very independent growing up because of the circumstances, and she was taking care of my mum.’

The retired support worker, added: ‘She was diagnosed with Covid on New Year’s Eve. It was so scary to hear that at her age.

‘It’s the most wonderful birthday present we could’ve asked for, that she’s fit.

‘She looks amazing, you wouldn’t be able to tell she was ever sick. 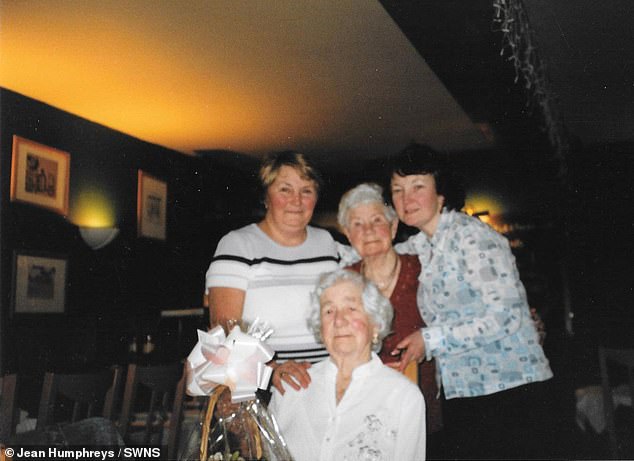 Jean revealed Mary lived in her own home until age 102 and would go shopping for her 100-year-old neighbour. Pictured: Mary with her family

‘She’s got all of her presents. We’ll have a belated party in summer if it all changes.’

Her carer Jane, revealed they were concerned about her health during her second battle with the coronavirus.

‘Her first bout of covid she was really, really poorly and we thought we were going to lose her. She’s been through another bout now and you can see for yourself she’s great. 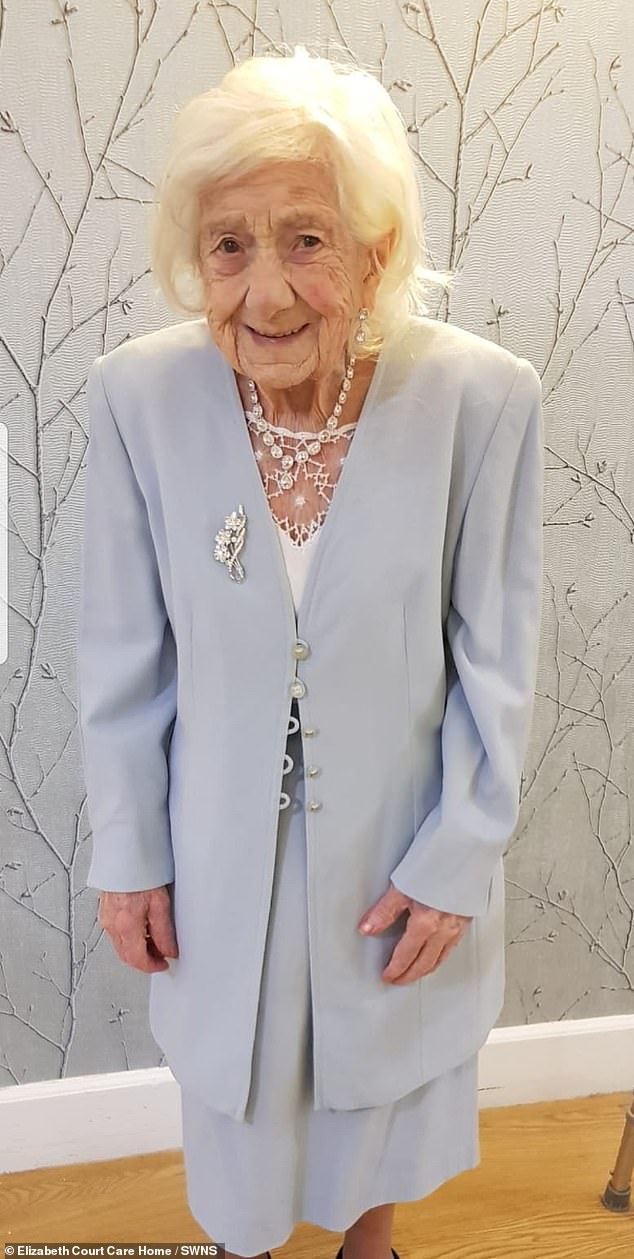 Mary (pictured) appeared on Good Morning Britain alongside her carer Jane, adding that the secret to a long life requires being alert at all times

‘Be on the alert the whole time,’ Mary responded.

Jane laughed: ‘No men and good food is your secret isn’t it’

7 Mar 20
A man grieving the loss of his loved ones retreats into the safety of memory,…
Lifestyle
0 29 Jul 21
Seriously savage! Rihanna is a loyal Bravo fan, so when her name got tossed around…
Lifestyle
0