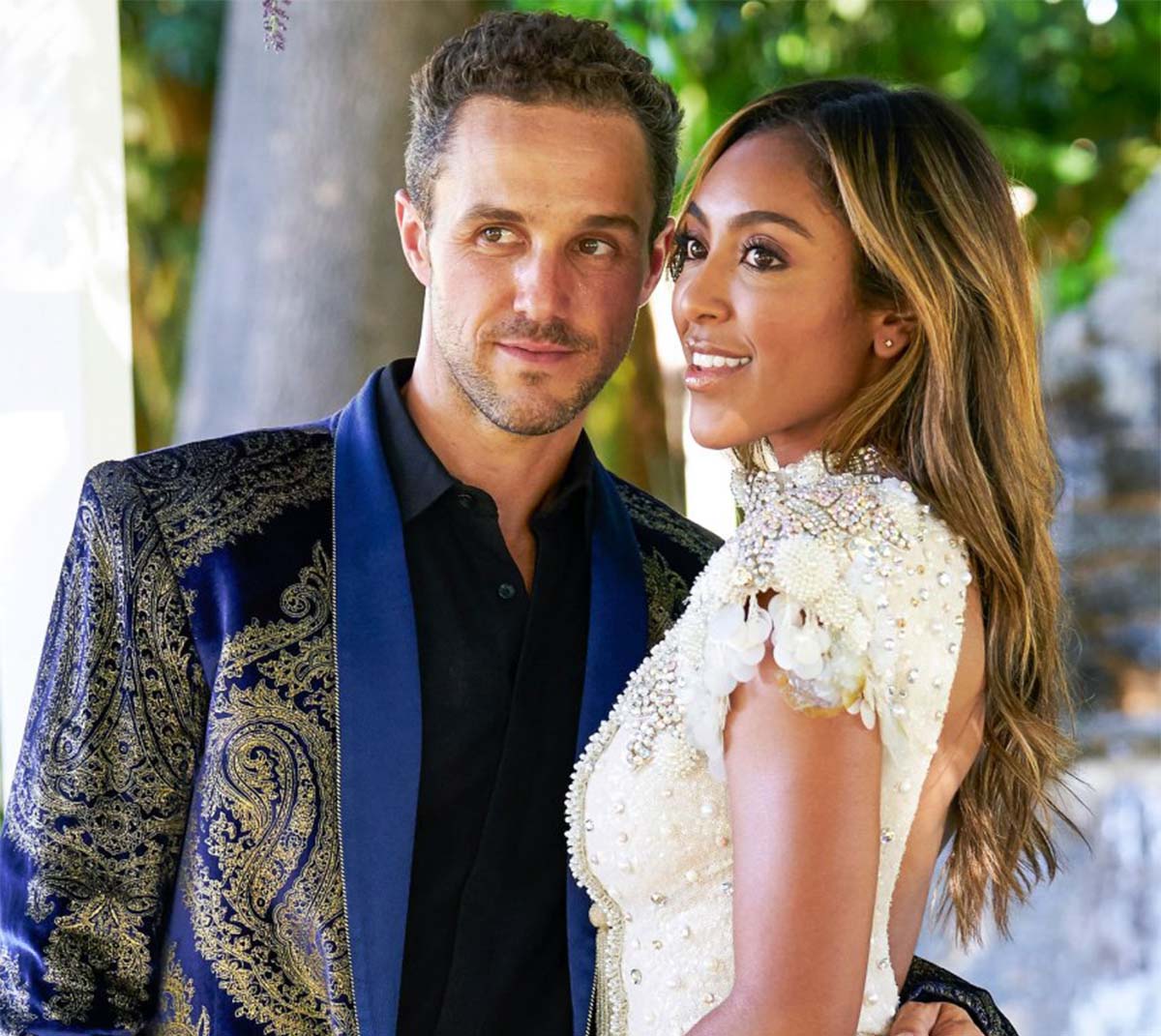 Taking a break. Zac Clark‘s nonprofit foundation postponed an event amid news that the Bachelorette alum and his fiancée, Tayshia Adams, had called it quits.

“Tonight’s group run has been postponed,” read a message posted to the Release Recovery Foundation’s official Instagram page on Monday, November 22. “We will be back at it soon. Happy Thanksgiving. We are grateful for all of you.”

Earlier on Monday, Us confirmed that the New Jersey native, 37, and the Bachelorette guest host, 31, split nearly one year after their engagement aired. “Tayshia Adams and Zac Clark are no longer a couple,” a representative said at the time.

The former couple met during season 16 of The Bachelorette, which premiered in October 2020. Adams took over as the lead in week five following original lead Clare Crawley‘s decision to leave the show with her then-fiancé, Dale Moss.

The California native and her beau seemed to be going strong earlier this month when they ran the New York City marathon together, but just weeks later, it was over.

Everything ‘Bachelorette’ Winner Zac Clark Has Said About His Sobriety

“They eventually realized it wasn’t going to work and their relationship ran its course,” an insider told Us, adding that the couple’s busy schedules made it difficult to find time for one another.

“Zac is very into his Release Recovery Foundation work and Tayshia has her own thing going on,” the source explained. “With her schedule, they have been spending a lot of time apart. She’s been attending a lot of events without him, which can be frustrating.”

Clark, who detailed his battle with addiction during The Bachelorette, cofounded the Release Recovery Foundation in 2017 with Justin Gurland. The nonprofit provides scholarships for people who are seeking treatment for substance abuse and mental health issues.

Bachelor Nation Couples Who Have Split in 2021

In December 2020, the reality star said that he has been sober since August 2011, adding that he did not drink while filming The Bachelorette. “Everyone who worked on the show, anytime there was a toast, there was someone with [sparkling] apple cider [for me],” he said during an appearance on the “Click Bait” podcast.

In the same episode, Clark said that he knew Adams was getting serious about him when she declined champagne during a rose ceremony and drank apple cider instead. “The guy came out with the tray of champagne and there was four champagnes and one apple cider and she looks at him and she goes, ‘No, I’m drinking apple cider with him tonight,’” he recalled. “And I said, ‘What?!’ She made the guy go back, get an apple cider while all these people are waiting. So, she was on team Clarky that day, and that’s when I knew.”

27 Apr 20
They say that history has a way of repeating itself, which is a notion Malcolm…
Lifestyle
0