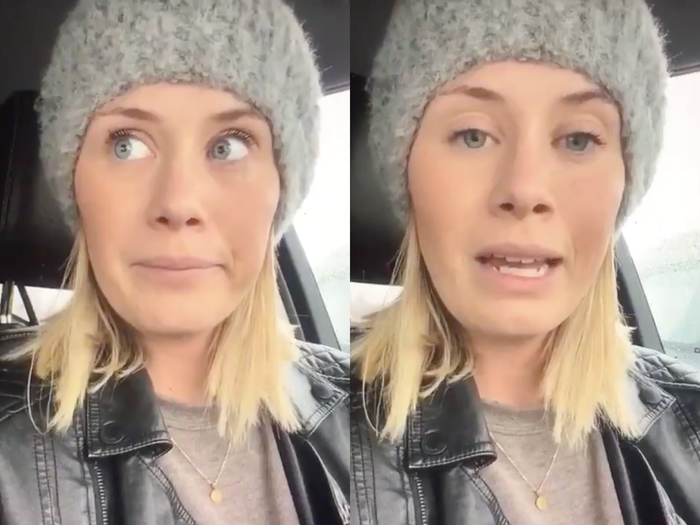 A mom influencer went viral earlier this week after recounting what she said was a story of attempted child abduction, but police have closed the case and cleared the accused couple, according to a press release from the Petaluma Police Department.

BuzzFeed News reported earlier this week that mom influencer Katie Sorenson, previously known by the Instagram handle @motherhoodessentials (which now appears to be defunct), had gone viral after she claimed that her children were nearly kidnapped at a local Michael's craft store. Sorenson reportedly had approximately 6,000 followers prior to posting the videos, and BuzzFeed News reported that she had amassed over 80,000 as of December 15.

Sorenson appeared to have briefly moved to the Instagram handle @motherhoodessentials_ as of Friday morning, but as of midday Friday, that handle was defunct as well. Links on the Motherhood Essentials LinkTree page now lead to what appears to be a private website.

Local police have spoken with the couple that Sorenson accused on social media of attempting to abduct her children. According to a press release from the Petaluma Police Department, investigators found evidence that supported the couple's account, but it did not locate evidence or witnesses to support Sorenson's.

BuzzFeed News reported that Sorenson had reported the incident to police on December 7. In a press release, the Petaluma Police Department said that at the time, Sorenson described an incident in which she said a man and woman followed her into a Michael's craft store, alleging that they "made comments concerning the children's appearance as they walked behind her." Police say that in her initial report, Sorenson said that the couple followed her to her car and then left when noticed by another individual nearby.

Police told BuzzFeed News that there was insufficient evidence at the time to determine whether or not a crime had occurred. However, videos that she posted regarding the incident on Instagram contained new information that Sorenson hadn't included in her original report, according to police.

While the videos are currently inaccessible on Sorenson's Instagram parts of the videos that she posted on social media were preserved by KTVU crime reporter Henry K. Lee, who reported that they had hit over 2 million views on Instagram. In the videos, Sorenson alleges that her children were "the targets of an attempted kidnapping."

According to a Thursday press release from the department, following the social media videos, Sorenson "provided another account of the event that included significant information that was not shared with the Petaluma Police Department on December 7th or before her video was posted to social media." That included a claim that the male Sorenson alleged followed her around the store had attempted to grab her stroller, which if true would "constitute an attempted child abduction."

According to police, Sorenson said in that interview that she was willing to testify that the male had reached for her stroller and that she wanted the couple prosecuted, despite originally saying that she didn't want anyone arrested in her December 7 report.

In a Wednesday press release, the department released a photo of the couple and said that it had to resolve "inconsistencies between the two accounts of the incident… before criminal charges can be considered."

Police closed the case after making contact with the accused couple

In the Thursday press release, the Petaluma Police Department announced that it was closing the case after making contact with the couple that Sorenson had accused.

According to police, the couple immediately cooperated with the investigation after police contacted them via social media. They told police that they were the couple shown in the photograph police released to identify them, but denied Sorenson's allegations.

The family member said that the couple was discussing their grandchildren, not Sorenson's children, while in the store. They told BuzzFeed News that the woman who had been accused called on Tuesday, saying that she recognized herself in the photo and grew scared after seeing the image shared on #savethechildren (a hashtag that's been co-opted by the QAnon conspiracy-theory movement) pages.

They accused Sorenson of racial profiling.

"Somewhere in her mind she sincerely misconstrued this 'brown' couple innocently shopping at a craft store and discussing their own grandchildren as activity that was somehow threatening to her family," they told BuzzFeed News.

A local organization, Indivisible Petaluma, has also accused Sorenson of racial profiling, saying that it would be attending a Petaluma City Council meeting on Monday to "make public comment on racial profiling among our BIPOC community."

"Racial profiling should not be dismissed. Petaluma Police Department did poor job protecting the latinx couple," the caption on the post reads.

An email address that appears to be associated with Sorenson and the Motherhood Essentials branding did not immediately respond to a request for comment.

Sorenson did not respond to BuzzFeed News' request for comment, but previously told BuzzFeed News that she "had no intentions or underlying motives for sharing my story, other than to encourage fellow parents to always remain vigilant." 21 Mar 21
Dolly Parton‘s husband, Carl Dean, has famously stayed out of the spotlight throughout the entirety…
Music
0