The members of Powderfinger and a trio of coal-industry millionaires will be among the biggest beneficiaries of an expanded Splendour in the Grass, the eco-conscious music festival whose site near Byron Bay was finally given permanent approval in March after a decade-long planning battle.

The already crowded annual event – which features sets tonight by English hip-hop outfit The Streets and America's Childish Gambino (aka Donald Glover, of Atlanta, Community and The Lion King fame), before winding up with Chance the Rapper on the Amphitheatre stage on Sunday – is set to become a lot more crowded in years to come. 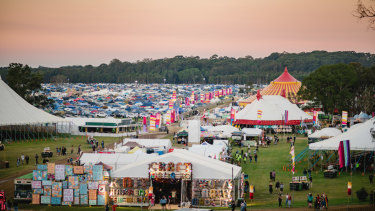 The decision paves the way for an expansion of two of Australia's largest music festivals, which have been majority owned by American giant Live Nation since December 2016.

And with a one-day general admission ticket to Splendour costing $185, and nominal capacity for the two big festivals increasing from around 240,000 people across eight days to 425,000 across 10, it paves the way for the site's owners to reap some serious returns on their long-term investment.

Brandon Saul, a music and arts events veteran and serial entrepreneur, is the sole director and largest shareholder of North Byron Property Pty Ltd. He is also the director of Falls Byron Bay Arts and Music Festival. 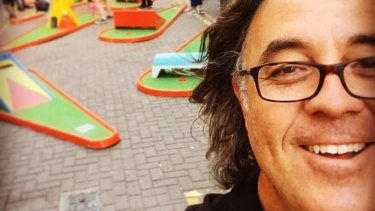 The principals of Yelgun Property Pty Ltd are David Knappick, Joseph Butta and Ian Calllow, who made a fortune when the Chinese company Yanzhou Coal bought local "clean coal" operation Felix Resources for $3.5 billion in December 2009. According to the Australian Financial Review, the three made "between $50 million and $200 million apiece" courtesy of the sale.

Knappick and his son Matthew – who is a director of Billinudgel Property Group Pty Ltd – also run a number of macadamia farms in NSW and Queensland.

Bullworth Pty Ltd, meanwhile, is majority owned (55 per cent) by Jessica Ducrous, co-founder of Splendour. The other 45 per cent is split between Paul Piticco (22.5 per cent), also a co-founder of the festival and the former manager of Powderfinger, and the five band members themselves: Bernard Fanning, Ian Haug, John Collins, Jonathan Coghill and Darren Middleton, who each own 4.5 per cent. 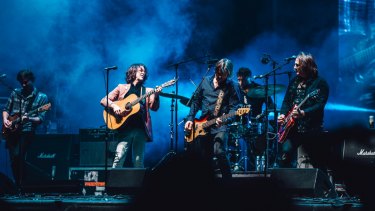 Powderfinger played at Splendour in 2017. The relationship between band and the site runs deep.Credit:Claudia Ciapocha

While all potentially stand to profit handsomely from the expansion of operations at North Byron Parklands, the road to riches has run far from smooth.

The company purchased the property in 2007. "We have been in the planning pipeline for the best part of 10 years," Parklands general manager Mathew Morris told the Independent Planning Commission last December.

The trial approval under which they had operated since 2012 meant the owners had been reluctant to invest too heavily in the site. "It's probably fair to say that we’ve been operating with a set of infrastructure that isn't always fit for purpose," Mr Morris said. Even so, he claimed they had invested "around $25 million in the project".

With the future now a lot more certain, plans for the site include a conference centre, spa and accommodation, administration building, and road works, at a reported cost of $42 million. 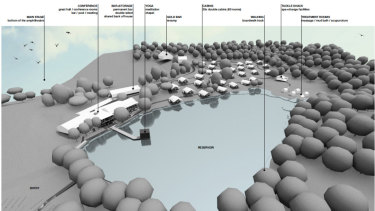 An artist’s impression of the proposed development of the North Byron Parklands site.

However, ambitions to install a state-of-the-art on-site eco-friendly sewage treatment system have been put on hold for the immediate future over concerns that the flood-prone site might struggle to deal with the efflux of 50,000 festival goers at a time.

"The more you get to those huge numbers, the more we need to consider the waste that's generated," Byron Shire Council environmental health officer Tim Fitzroy told the commission last year.

“Whilst there are legitimate engineering solutions to reducing the amount of water you produce,” he added, “we can’t – you know, can’t hand out corks.”

For now at least, the effluent will be trucked offsite for treatment at a traditional plant. The owners of North Byron Parklands, however, might just have plans to pop a few corks of their own.