London: Kylie Minogue has secured her seventh UK No.1 with an album of her greatest hits. 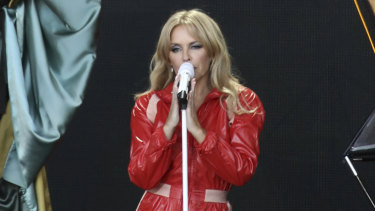 Kylie Minogue performs at the Pyramid Stage on the final day of the Glastonbury Festival at Worthy Farm, Somerset, England, on Sunday.Credit:Invision/AP

Minogue joins the likes of Coldplay, Elton John, Barbra Streisand and Take That, who also have seven UK No.1 records, according to Britain's Official Charts Company.

Step Back In Time pushed Scottish singer Lewis Capaldi's album Divinely Uninspired To A Hellish Extent from the top spot. It comes 16 years after Minogue's last featured on the top of the UK charts with Slow.

She first topped the UK list in 1987 with I Should Be So Lucky. 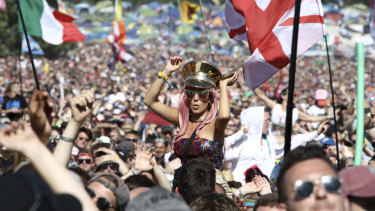 Revellers react to Kylie Minogue as she performs at the Glastonbury Festival. Credit:Invision/AP

The Black Keys were at number three with Let's Rock, their third consecutive top 10 album.

Billie Eilish took fourth place with When We Fall Asleep Where Do We Go, and Bruce Springsteen was at number five with Western Stars.

4 Feb 20
Concerts across Asia are being canceled as fears continue to swell around the coronavirus outbreak,…
Music
0