The Oscars have been a revered Hollywood tradition since 1929, when the first ever Academy Awards ceremony took place.

Celebrating the best and brightest in Hollywood history, the Oscars are a time for everyone involved in film to come together in unity.

But the glitzy awards show has never been completely free of drama – in fact, the ceremony has been racked with blunders, mishaps and more – including a streaker flashing his bum across the stage.

From stars taking a tumble on their way to accept their awards to mistaken announcements, here’s hoping this year’s Oscars go without a hitch!

But for now, we celebrate the best – and most embarrassing – Oscars of all with a look back at the biggest blunders in Oscar history.

In a tragedy for the hit 2017 musical, La La Land was wrongly announced as the winner of the coveted Best Picture award – before the honour was snatched away.

"Guys, guys, I’m sorry. No. There’s a mistake. This is not a joke. Moonlight has won best picture," La La Land producer Jordan Horowitz announced to the crowd.

A pair of accountants were found to be responsible for handing the presenters the incorrect envelope, which was only a duplicate for the Best Actress award, which went to the musical’s star Emma Stone.

It’s lucky Jennifer Lawrence endears audiences to her for her clumsy nature, or else she might have been a little bit more embarrassed by her tumble up the stage steps.

Luckily, the actress was able to laugh it off as she tripped over her huge Dior gown.

Jennifer scooped the Best Actress Oscar for Silver Linings Playbook in 2013, and giggled as she got through her acceptance speech to a standing ovation, saying: "Thank you. You guys are just standing up because you feel bad that I fell and that’s really embarrassing but thank you."

A naked man runs across stage

Talk about embarrassing – back in 1974, the Oscars were hijacked by a streaker.

Robert Opel ran across the stage waving a two-fingered peace sign – with his 'shortcomings' on full display.

He had previously been involved in streaking protests to campaign against the nudity ban on Los Angeles beaches.

David Niven, in the midst of introducing actress Elizabeth Taylor, was interrupted by the streaker, but attempted to salvage his dignity with a quick one-liner.

"Isn’t it fascinating to think that probably the only laugh that man will ever get in his life is by stripping off and showing his shortcomings?"

It was later suggested that the incident was a stunt facilitated by the show's producer, as Niven allegedly asked the Oscars business manager to borrow a pen so he could prepare his ad-lib in advance.

The 28-year-old singer was forced to apologise after insisting they were the first gay man to ever win an Oscar – when in reality, there had already been a handful of LGBTQ+ stars who were out of the closet when they accepted their awards.

When accepting his Academy Award for Best Original Song in 2016, the Stay With Me singer eagerly proclaimed: "I read an article a few months ago by Sir Ian McKellen and he said no openly gay man had won an Oscar."

But Dustin Lance Black, who won Best Original Screenplay in 2009 for Milk, was quick to dispel that rumour, tweeting a video of his own acceptance speech.

"Hey @SamSmithWorld, if you have no idea who I am, it may be time to stop texting my fiancé", he wrote at the time, referencing British diver Tom Daley.

Sam later apologised for the slip-up to NME, confessing: "I was gutted […] I wanted to say something positive and I f***ed up."

But Dustin claimed the pair are "pals" – so we hope all’s good between them.

The Frozen star was introduced as "the wickedly talented, one and only Adele Dazeem."

Well, he certainly got that right.

John even got his own definition in Urban Dictionary – 'Travoltify', which is defined as "the act of deforming someone’s name, accidentally or purposely, in such a way that it is no longer recognisable."

But Idina got her own back the following year, as she took to the stage to introduce him as "my good friend, Glom Gazingo."

An award is stolen

Poor Alice Brady had her award stolen right from under her nose way back in 1938.

The star won the Best Supporting Actress award for her role in Old Chicago, but couldn’t attend the event after she broke her ankle.

And when a man stepped in to pick up the statuette on her behalf, he was able to walk away easily with the prize – but was never seen again.

Thankfully, Alice was given a replacement by event organisers once it became clear she had no idea who the man was. 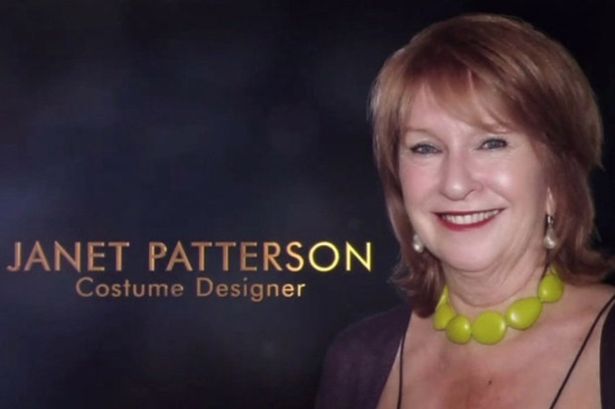 Jan Chapman was included in the In Memoriam segment, which pays tribute to those involved in the film industry who have passed away.

But instead of including costume designer Janet Patterson’s photo, Jan Chapman’s image was shown instead.

Jan, who is alive and well, said she was "devastated" to see her picture there, telling Variety: "I was devastated by the use of my image in place of my great friend and long-time collaborator Janet Patterson."

The legendary Sir Laurence Olivier slipped up back in 1985 when he completely forgot to list the nominees for the Best Picture award.

Instead, he simply ripped open the envelope and announced Amadeus as the winner.

A shame-faced Olivier turned back to correct his mistake – but by that time, the cast and crew had already flooded the stage.

To make up for the presenter’s flub, film producer Saul Zaentz gave the other nominees a well-deserved shout-out to smooth things over.

The wrong winner is announced… again

La La Land was far from the first Oscar slip-up – in fact, back in 1964 Sammy Davis Jr. announced the wrong winner.

He mistakenly said John Addison had won Best Music Score – but had to return to the microphone to correct himself – as the winner was actually Andre Previn.

"They gave me the wrong envelope," Sammy told a baying crowd. "Wait till the NAACP hears about this!"

In 1933, two Franks were left red-faced as presenter Will Rogers invited: "Come on up and get it, Frank."

He didn’t realise there were two men named Frank in the running for the same Best Director award.

Frank Capra was so thrilled to have won that he immediately headed for the stage – despite Frank Lloyd being the real winner.

Frank Capra later wrote in his autobiography: "That walk back through applauding VIPs yelling 'sit down!' […] as I obstructed their view was the longest, saddest, most shattering walk in my life.

"I wish I could have crawled under the rug like a miserable worm."