One Show: Brian May discusses playing on Buckingham Palace

Queen guitarist Brian May is a busy man with all sorts of projects on the go. And today the 73-year-old revealed he has played an electric guitar solo of Beethoven’s Ode to Joy for an epic new video. He posted on Instagram: “A stupendous event ! Beethoven’s Ode to Joy becomes Hymno de la Alegria – with a dazzling array of talent. I was honoured to be a guest ! Congratulations to all ! Bri.”

The Himno A La Alegría, which translates Hymn of Joy, is an uplifting new single in what is described as “an unprecedented collaboration uniting the Spanish Music Industry.”

Brian May himself sees his guitar solo of Beethoven’s Ode to Joy begin around 1:40 into the music video.

His post further states: “From the biggest piece to the smallest part of this industry machine: we are all in this together.

“This is a united voice, a voice of Hope and Togetherness and a Joining fo Strength: values that define all of us and that are now more needed than ever.” 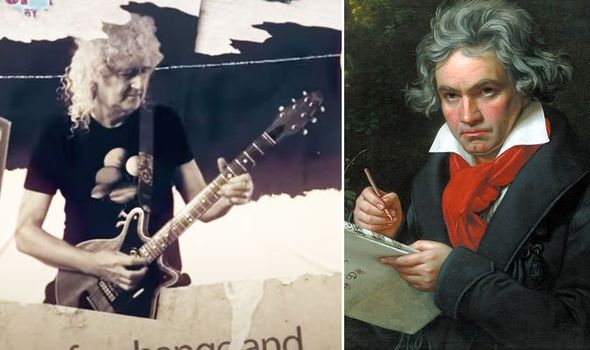 The statement continued: “But above all, it’s a common voice, calling for a better and more humane world.

“For the first time in Spain, more than 40 artists have come together and given their services for free to make this record, together with a star performance from Brian May (Queen).

“The recording is a joint venture from…major record companies, in an unprecedented and trailblazing gesture: A demonstration of unconditional and solid support to the rest of the Music Industry.”

Meanwhile, this year marks Queen’s 50th anniversary and Express.co.uk had a chance to catch up with Brian last month. 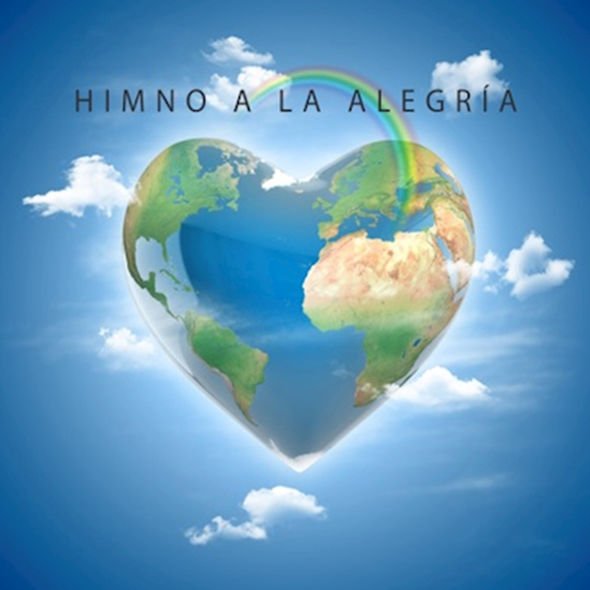 Reflecting back on Queen’s Golden Jubilee, May said: Well I’m proud. Of course, we’re proud of what we’ve done and we’re still around.

“We just kind of didn’t want to harp on it. We just thought, ‘Let’s just celebrate the fact that we’re still creative.’

“I think it also…because Freddie’s not here it changes our feelings a little bit. There’s always going to be that little bit of…reticence in a sense.”

DON’T MISS
Freddie Mercury and Queen faced break up if one hit album had failed [FREDDIE MERCURY]
Brian May shares guitar video with dad Harold who would be 100 today [BRIAN MAY]
Freddie Mercury’s Killer Queen: Brian May says he had ‘reservations’ [KILLER QUEEN]

While just a few years after Freddie died, Queen bassist John Deacon retired from the music industry for good.

Nevertheless, both Brian and Roger have kept Queen very much alive with their collaborative singer Adam Lambert.

“It’s been incredible, the sort of…the re-birth and response we’ve had around the world.”

Brian added: “And it’s great that we can own our own legacy, own our own material and keep it alive rather than it being a museum piece or fossil.

“So Queen music is very much alive thanks to that fact and that’s what we’re celebrating.

“The fact that we’re proud and we’re still able to come up with a few surprises here and there.”

Himno A La Alegría can be streamed here.