Red Hot Chili Peppers drummer Chad Smith isn’t worried about impressing the art establishment with the newest collection of his work, The Art of Chad Smith, currently on display at the Russell Collection Fine Art gallery in Austin. “This is a fun, new way to express myself,” he says. “If they dig it [or] don’t dig it, that’s OK. I’m not going to get my feelings hurt if a Basquiat aficionado doesn’t like my work.” 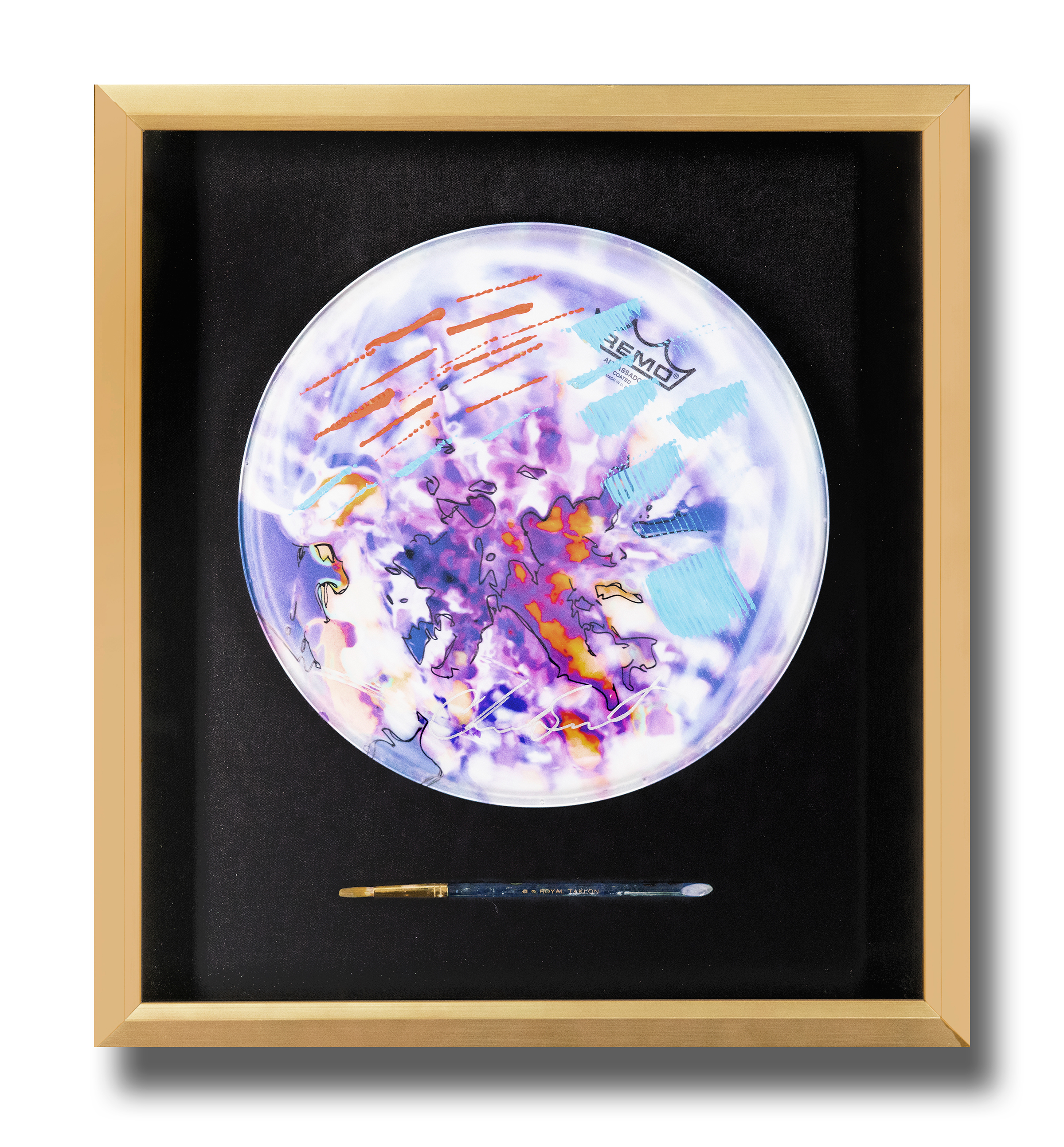 Smith’s venture into the art world began in 2015 when Los Angeles visual-art team SceneFour approached the musician. They’d previously worked with drummers like Black Sabbath’s Bill Ward, the Grateful Dead’s Mickey Hart, and Slayer’s Dave Lombardo to create eclectic, abstract works that attempted to capture the essence of their music in a visual form. “I thought their ideas were really interesting,” says Smith, who had never previously considered creating visual art. “It’s always fun to change and grow and challenge yourself and do something different.”

The process began with Smith playing drums with lighted sticks at SIR Studios in Los Angeles while the SceneFour team photographed him. “They then take the images and manipulate them in different ways,” Smith says. “They use different colors, textures, and depths. I’ll say to them, ‘I like that. I don’t like this. What if we did this?’ The whole process takes a few months, though I’m not actually there with them and the printers and sheets and everything.”

In some ways, the process reminded him of his day job with the Chili Peppers. “It’s the same thing, where you find the right people that are on the same page as you with a vision,” he says. “And you stay open to new things and introduce good ideas.”

His first collection, Parallax, debuted in 2016. His second one, The Art of Chad Smith, is just rolling out now. Smith was more hands-off with Parallax, but with this new exhibit, he enhanced some of the works himself with paint, chalk, and even a screwdriver. “I wanted to add some things to make them more special,” he says. “I had this table of tools at my disposal, and I just got inspired.”

He’ll be appearing at the Russell Collection Fine Art gallery on January 11th and January 12th, but isn’t quite sure what’ll happen when he arrives. “They talked about me playing, but I don’t want it to be any sort of performance-based thing,” he says. “I’m not going to play drums with lighted sticks in the gallery. That seems a little…I don’t like that route. I’m just going to show up and see what happens. There might be, like, three people there. We’ll see.”

He plans on hitting two more art galleries across America in February. “I’m doing it on the weekends when I’m not doing my day job,” he says. “We’ll see. If I’m not digging it and it’s too weird, maybe I won’t show up. But Mickey Hart did this and told me he had a great time.”

That “day job” he speaks of just got a lot more interesting now that guitarist John Frusciante returned to the Chili Peppers after a 10-year absence. Smith knows fans are anxious to hear what they have planned beyond the festivals currently on the books for 2020, but he’s not willing to say much.

“I was given strict orders for this interview: ‘DON’T TALK ABOUT THE BAND,’” he says. “But, yes, John is back in the band, and everyone knows that. We’re psyched. The festivals are the only shows booked. For now, we’ll mostly be concentrating on new songs and writing a new record. We’re all real excited to make new music.” 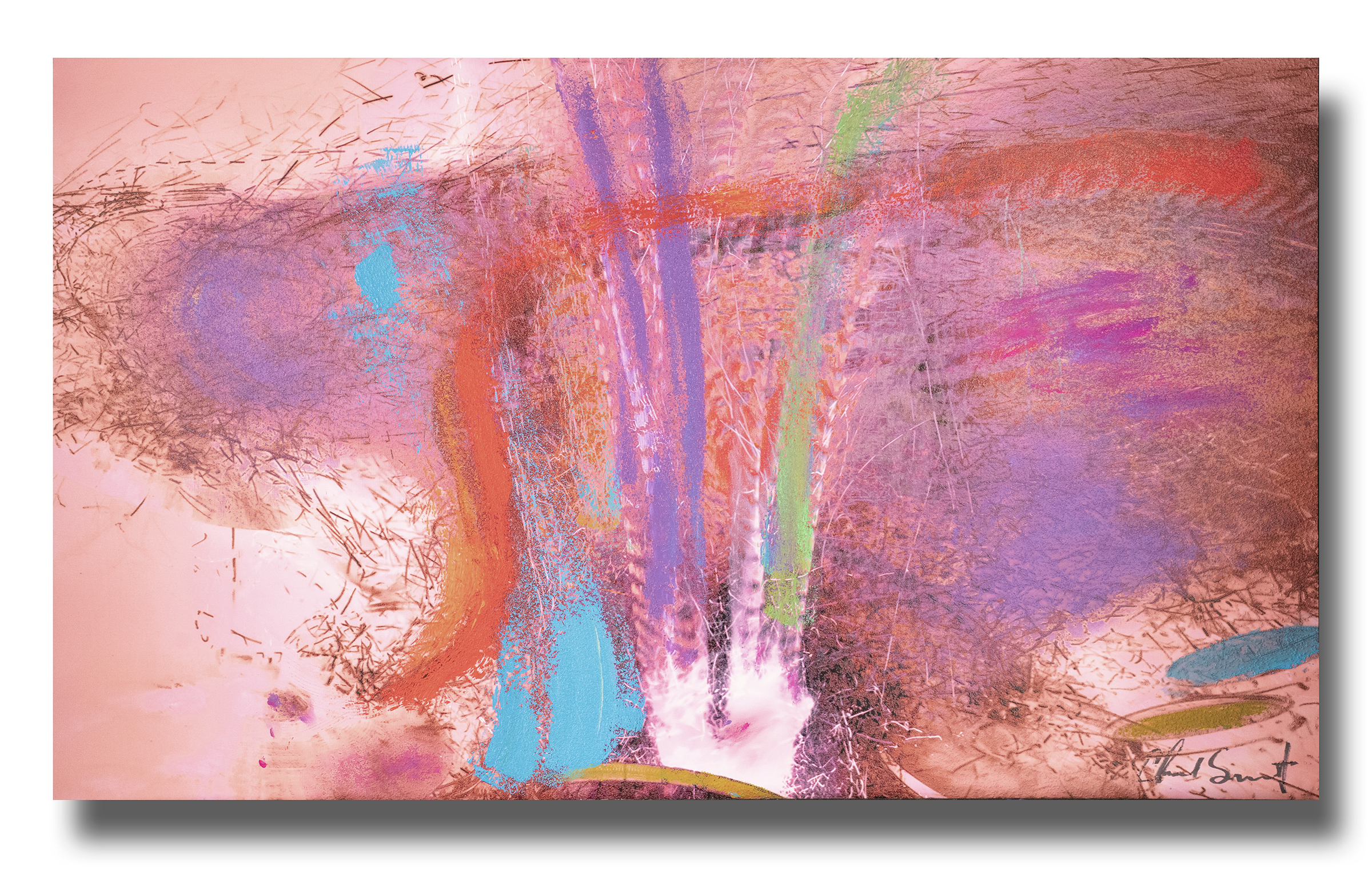 To clarify, that’s strict confirmation that the band is in the middle of creating a new record? “Yes,” he says. “That’s all I can say.”