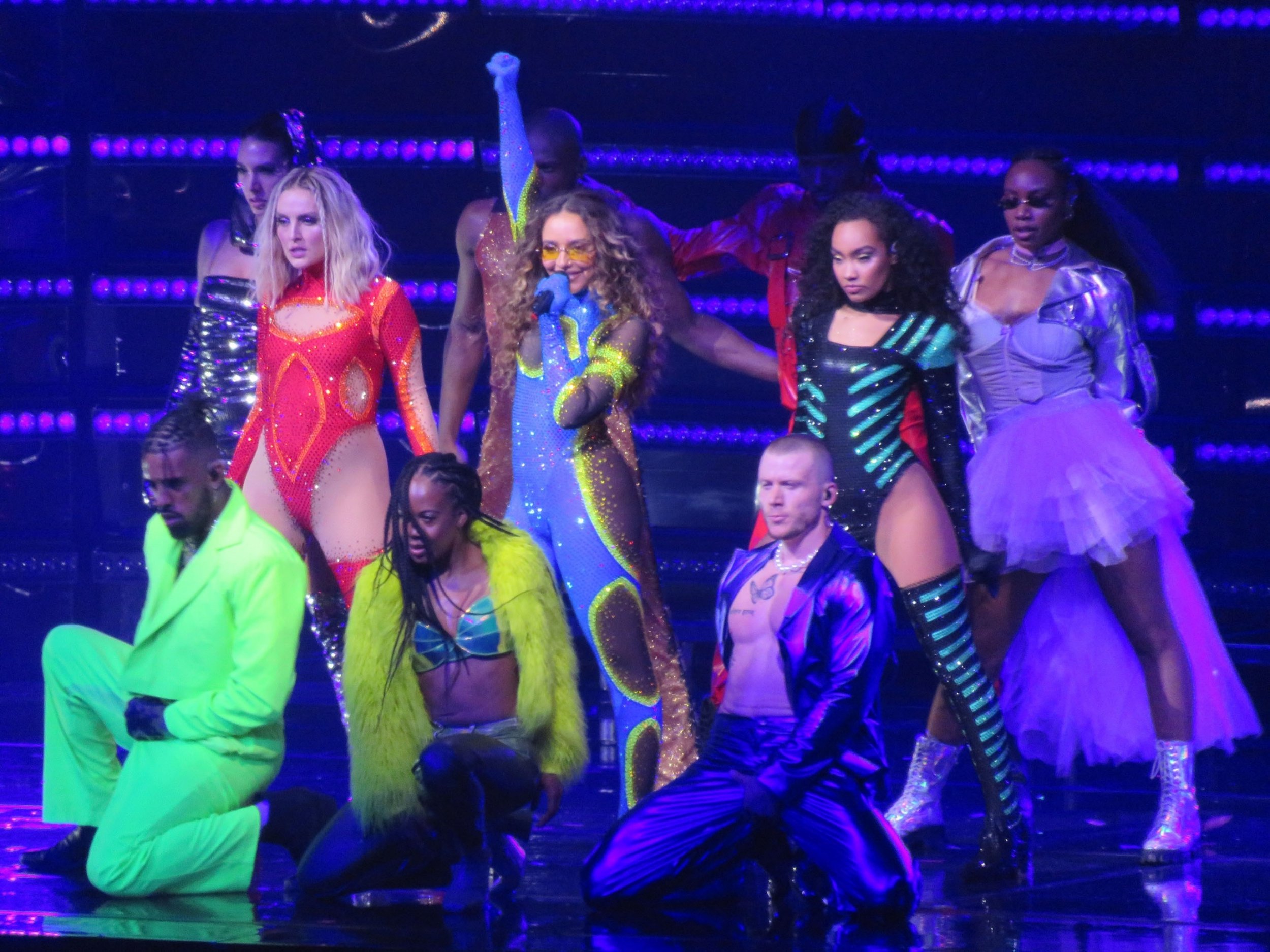 As expected, it was an emotional night for Little Mix as they performed their final tour show in London.

The Confetti singers headlined London’s O2 Arena on Saturday night for the last time before taking an extended hiatus to pursue solo projects.

From the moment they hit the stage, the tears were flowing as Perrie Edwards began crying just minutes into the show.

‘It’s going to be an emotional night tonight,’ the singer told the audience at London’s 02 Arena, adding that she had a ‘constant lump’ in her throat.

‘I’ve already started crying, we’re not off to a good start,’ she added before launching into Shout Out To My Ex.

Later in the night, the trio belted out their recent single Between Us but it was filled with long stretches of silence as Perrie, Leigh-Anne Pinnock and Jade Thirlwall gave up and turned the microphones towards the audience while overcome with emotion.

Perrie had told the audience before the track began: ‘It’s about our journey, it’s about our love for each other, and we never get through it without crying.

‘Can you help us sing this next one?’

It seems she’s still reeling from the emotions of the night as Perrie later shared a video to her Instagram stories of her dog licking her face.

‘Hatchi tryna wipe away my tears… he’s gonna be here all night me thinks,’ she joked in the caption.

Little Mix will now go on an extended break as the singers individually take up their own projects.

Leigh-Anne is expected to launch her solo music career while also dipping into acting after making her debut in Boxing Day last year, while Perrie has launched her clothing line, and Jade will also continue songwriting for other artists behind the scenes.

However they gave fans a glimmer of hope that it might not be the end just yet, as Perrie asked the audience at one of their final tour shows: ‘Shall we just call off the hiatus?’

Jade then responded: ‘Don’t tempt me! I think we should…’

25 Aug 20
Schoolboy Q may not be the best-known rapper in the world, but like many rappers,…
Music
0 2 Jan 21
Since the beginning of her career, Pink has been making music for the outcasts, for…
Music
0 9 Jul 21
Ahead of the 50th=anniversary reissue of George Harrison’s All Things Must Pass, Capitol and UMe…
Music
0