When Michelle Zauner lost her mother in 2014, the only thing that got her through was food. The Korean American musician, who has won acclaim for the dreamy indie rock she records as Japanese Breakfast, found that learning to cook comforting dishes like jatjuk (pine-nut porridge) and kimchi-jjigae (a savory, spicy stew) allowed her to grieve for her mother, who’d cooked for her for years but had never taught her how. “There was no sense of urgency to learning that [before],” says Zauner, 32. “I never thought I was going to have so little time with my mom.”

Zauner’s new memoir, Crying in H Mart, tells the story of their relationship through a lifetime of shared meals. She describes growing up as a mixed-race kid in Eugene, Oregon, and finding a new connection to her identity when she ate with her mom — whether they were at a restaurant ordering tteokguk (rice cake soup) or slurping jajangmyeon (black-bean noodles) with relatives in Seoul.

Zauner’s relationship with her mother was strained when she was a teenager, but things improved after she moved out to attend college at Bryn Mawr. She was in her twenties when her mother received a sudden diagnosis of stage 4 squamous cell carcinoma, prompting her to move back home to help her mother through two phases of chemotherapy. The book is a devastating portrait of losing a parent, as Zauner navigates her way through heartbreak at the same time that her music career begins to take off.

“It was a very traumatic time,” she says. “Being a caretaker for someone who’s dying was really, really hard at 25. I felt this need to tell people what that was like — and also to explain to myself. I didn’t really enjoy going to therapy, so I started writing more about it.”

Zauner had studied creative writing when she was in college, but she’d never felt drawn to writing about her own life. “I wanted to be this kind of rough-and-tumble, white, dirty, realist man author,” she says of her undergrad dreams. “I wanted to write like Richard Ford and Raymond Carver, because that was what I loved to read. I felt like I could never write nonfiction, because I would have to spend so many pages explaining my ethnic background, and that wasn’t really the story that I ever was interested in telling. I didn’t want to write an Asian story. I just wanted to write stories.”

That all changed when her mother passed away. “It suddenly became the only story that I did want to tell,” she says.

After losing her mother in the fall of 2014, Zauner and her husband — whom she’d married in her parents’ backyard in those final weeks — moved to New York City, where she took an advertising job. “I was committed to making money in any basic way I could,” she says. “It’s like, ‘Oh, I’ve always been distracted by my art, and now that I’ve set that aside, I can just be a cold-hearted killer worker and climb the corporate ladder.’”

While working her day job and mixing her debut album, 2016’s Psychopomp, Zauner taught herself how to cook Korean food by watching videos of Maangchi, a YouTube personality. The experience inspired her to write an essay that later won a magazine contest. “I thought it was a wholesome story that I was having this Julie and Julia moment with this YouTube blogger,” she says. “I felt so comforted by this ritual of coming home and taking a new recipe to try. She really felt like my friend.”

Zauner followed that first essay about cooking with a second, published to wide acclaim in the New Yorker, about her frequent visits to H Mart, the supermarket chain where she bought ingredients for her Maangchi videos. “Am I even Korean anymore if there’s no one left in my life to call and ask which brand of seaweed we used to buy?” she wrote. A book deal quickly followed.

One challenge Zauner faced during the writing process was retrieving memories of her mother prior to the illness, which was “at the forefront of my memory,” she says. “I felt so guilty about not being able to remember my mom for who she was, and just being clouded by this drugged-out version of her. I wanted to start with what was good and excavate what was buried underneath that experience.” 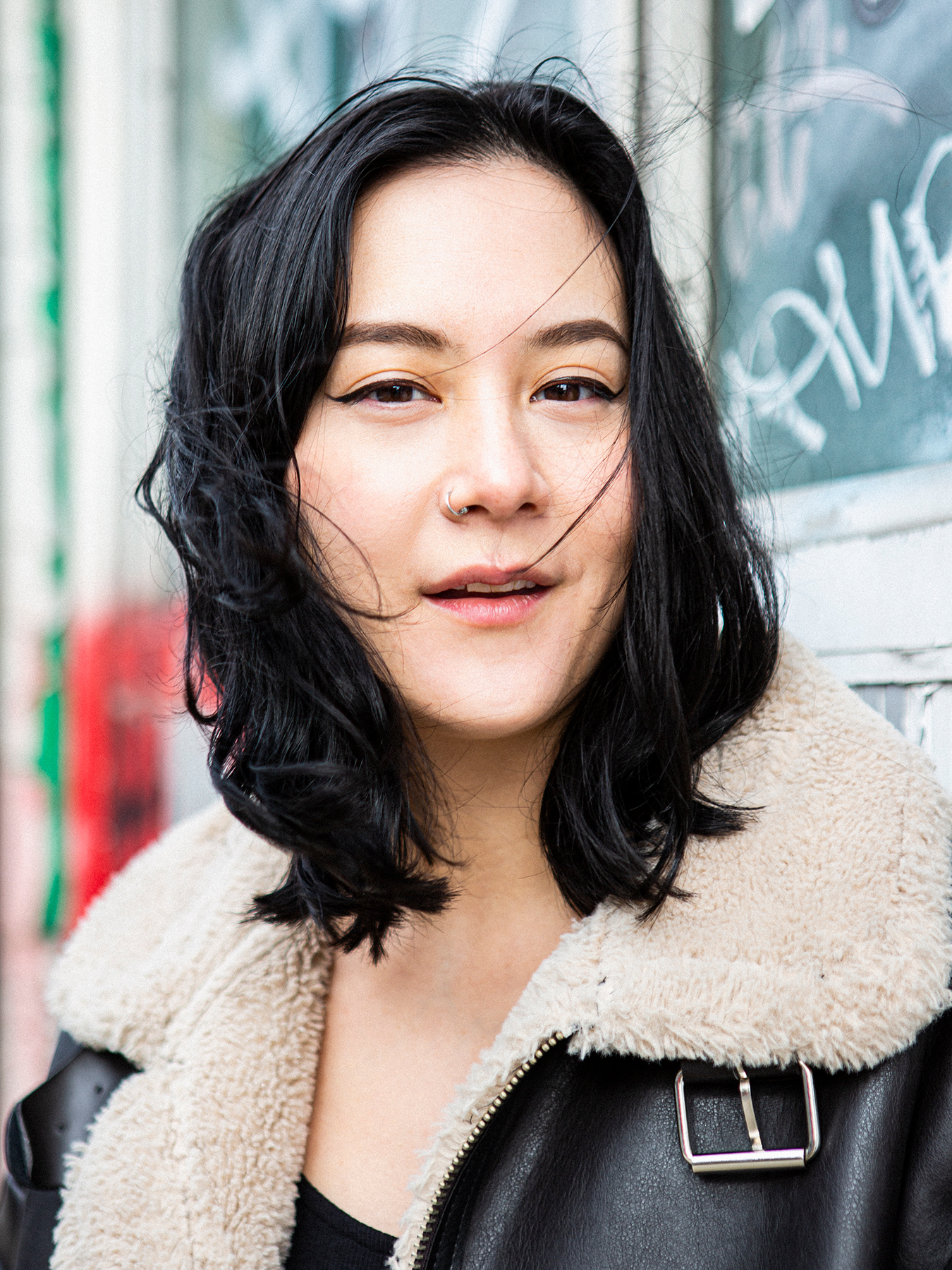 In looking back on her childhood and teenage years, Zauner found that food had always been there, linking her to her mother even at times when their relationship was tense. “Food in general is really important for any diaspora, and it’s really important for Korean people,” she says. “This was a connection my mom and I could always have together that made her feel like I was more hers. No matter what environment I was raised in, it was proof that I was her kid. I had that tongue — that taste for the same kind of stuff that she grew up with.”

With her first memoir arriving on bookshelves, Zauner has thought about writing more in the future. “I think that desire will strike again pretty soon,” she says. “I definitely feel like I have another book in me, if I’m not horribly panned.”

In the meantime, she will release her latest Japanese Breakfast album, Jubilee, this summer. Working on the two projects around the same time, she says, has reminded her that songwriting and memoir both involve “finding beauty in things that are everyday, like a kid running down a grocery aisle with your favorite snack, or the way that a mom nags you about the way that you eat.”

In both pursuits, she adds, “It helps to just be a very sensitive person.”