In celebration of her new album MOVIE, DaniLeigh walked E! News through the albums and artists that have shaped her. 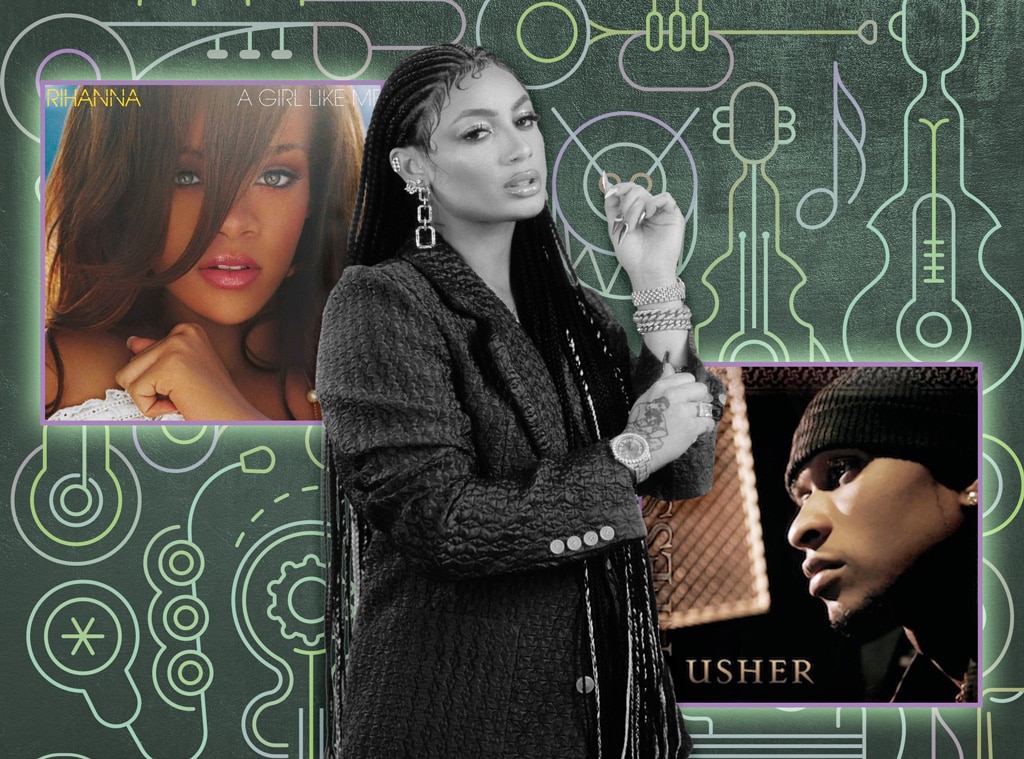 The 16-track LP—her second released since signing with Def Jam in 2017—is a cinematic blend of rap and R&B, telling a rich love story that rivals any film. As she wrote on Instagram, "When I first fell In love with my SUPERSTAR, he told me I'm like a girl from a MOVIE. Our relationship was a #MOVIE."

And the cast list here is seriously stacked. Signaling just how impressed the industry is with her, DaniLeigh pulled in features from heavy-hitters like Ty Dolla $ign, PARTYNEXTDOOR, Gunna and DaBaby. It's her relationship with that last collaborator—he appears on the steamy "Levi High"—that's been raising eyebrows among fans who believe that the two are more than just colleagues.

DaniLeigh's stayed mum on her relationship status, but in a recent interview with DJ Booth, she admitted she prefers to let her music do the talking for her. "I am not a big speaker when it comes to my private life, so my music is my outlet to let people get to know me," she said. "It's so important for me to make sure I'm 100 percent authentic with it and making sure people know what I've gone through so they can feel me. Hopefully, it can heal people as well, listening to my story."

In celebration of the new album, E! News asked DaniLeigh to pull back the curtain on the albums and artists that have influenced her throughout her life and career. From the album she wishes she wrote to the one that reminds her of childhood, this is the soundtrack to her life.

The song/album that reminds me of childhood: Usher's Confessions. I used to listen to that album all the time when I was little.

The first album I remember buying: Rihanna's first album, A Girl Like Me. I loved her, I wanted to be like her.

The song/album people might not expect me to love: I used to love Coldplay. I think they have beautiful voices and really good production.

Camilla Luddington on That Grey's Surprise and Jo's Future

Fact-Checking The Crown: How Does It Compare to Reality?

The song/album I turn to when I'm at my lowest: Bryson Tiller's TRAPSOUL. That was the first album to really encourage me to make my own music.

If I could only hear one song for the rest of my life, it would be: "Easy" by DaniLeigh and Chris Brown. It's a beautiful song, and it's easy to listen to.

The song/album that's guaranteed to get me turned all the way up: 21 Savage and Metro Boomin's new album, Savage Mode II. It's dope and makes me feel hype.

The song/album I wish I wrote/recorded: Rihanna's album Anti. It's genius.

My own song that I'll never get tired of performing: "Wrong." I relate to it, I feel like it's really relatable to a lot of people.

My own song that I'll be happy to retire: Aw, that's sad. Maybe…maybe "Lil Bebe" because it's had its time.

The song on my new project that I can't wait for fans to sing along with me on tour: "Famous," because it's such an easy song to sing and it's talking a lot of s–t, so it's perfect. I wanna hear people sing that song with me.

Sofia Carson rocks a red trench coat while taping a segment for the 2020 Macy’s Thanksgiving Day Parade on Tuesday...