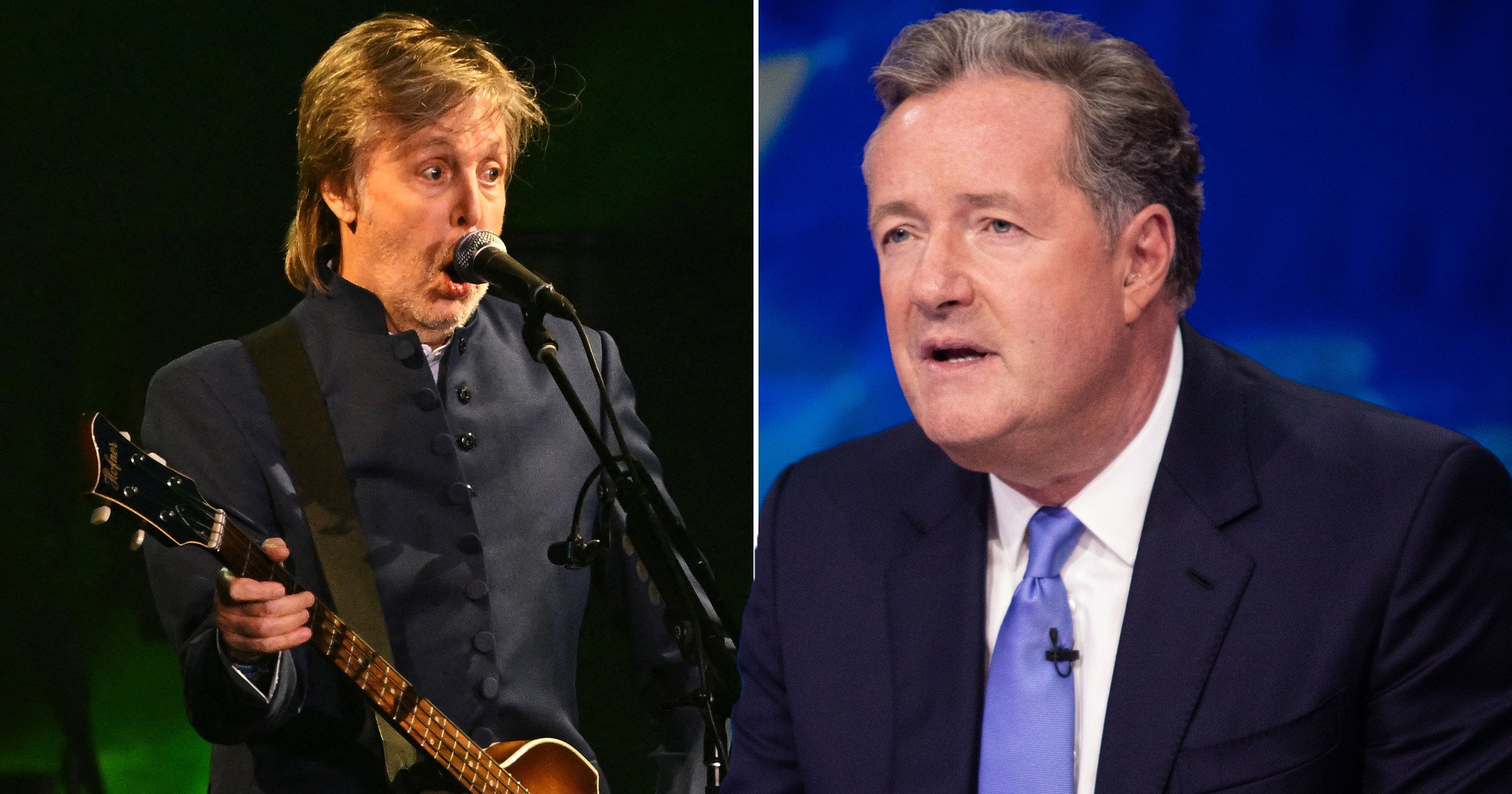 Piers Morgan has rushed to Sir Paul McCartney’s defence after some apparently complained that the singer didn’t perform enough Beatles songs during his headline set at Glastonbury.

However, it seems there’s just no pleasing some as a few viewers felt Sir Paul didn’t perform enough songs from the Beatles’ iconic back catalogue.

Well, Piers, 56, was having none of it and promptly put the critics in their place on social media.

He went on: ‘He played Can’t Buy Me Love, Love Me Do, I Saw Her Standing There, Lady Madonna, Blackbird, Get Back, Something, Let It Be, and Hey Jude.

‘Those songs alone are 9 of the greatest pop songs ever. Twitter.. STFU.’

Piers had earlier tweeted: ‘Sir Paul McCartney rocking Glastonbury, at nearly midnight, at the age of 80, playing some of the greatest songs in music history with the enthusiasm of a teenager. Brilliant.’

There were other complaints about Sir Paul’s set but these were out of his control, as BBC viewers were positively fuming that the livestream didn’t begin on BBC One at 9.30pm, despite that being the start time of his performance – with the coverage beginning instead at 10.30pm.

In a statement sent to Metro.co.uk, the BBC has explained the situation, emphasising the ‘complexity of broadcasting an event of this scale’.

‘This year we are delighted to bring audiences our most extensive coverage of Glastonbury to date,’ the broadcaster said.

‘Paul McCartney’s much anticipated set was broadcast on BBC One at 10.30pm as well as on Radio 2 and will be available on BBC iPlayer and BBC Sounds.’

The spokesperson added: ‘Due to the complexity of broadcasting an event of this scale and the volume of performances we cover, there is sometimes variation between performances taking place and their transmission.’

Glastonbury continues today with surprise sets from George Ezra and Jack White, and a final headline performance from Kendrick Lamar who will close this year’s festival. 9 Mar 20
Coldplay used their NPR Tiny Desk Concert as an opportunity to cover Prince’s “1999.” The…
Music
0