Following the release of their latest album Backbone, Status Quo were set to tour the UK and Europe in 2020, but the pandemic sadly saw those dates cancelled. Nevertheless, the band which celebrates its 60th anniversary next year, have announced a new set of concerts. The Out Out Quoing tour will take place in Spring 2022 before Status Quo play across the rest of Europe.

The 71-year-old said: “Every gig is special for Quo but it’s been too long since we got to play anywhere.

“Going out is something that we all took for granted. Not any more.

“Going out, going out properly – ‘going out out’, as some would have it – became a bit of dream but now that dream can come true.” 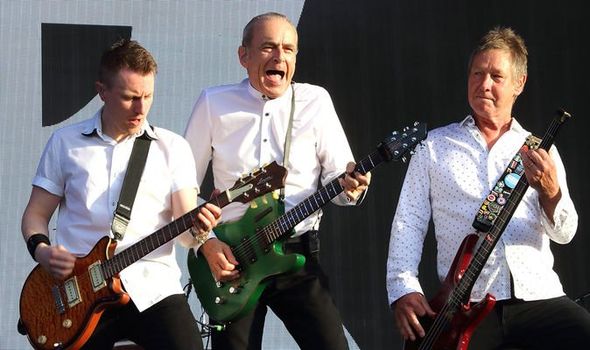 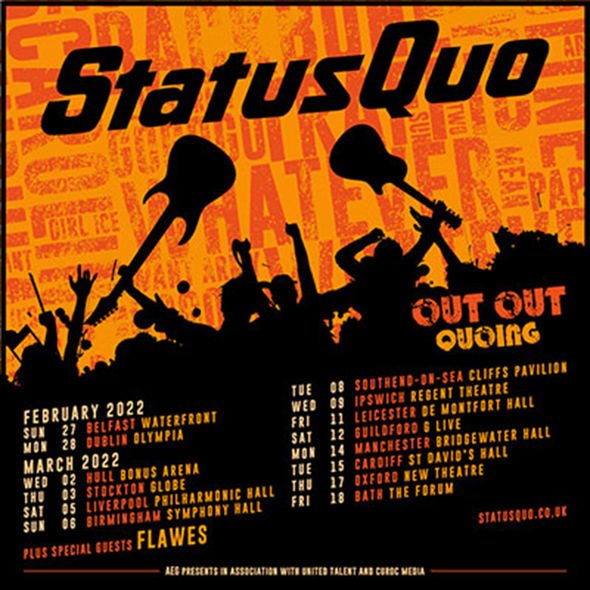 Rossi continued: “The name of the tour is a bit of humour, but a celebration too.

“However, I’d urge fans not to overthink it and just prepare for all the hits and some serious live music energy!” 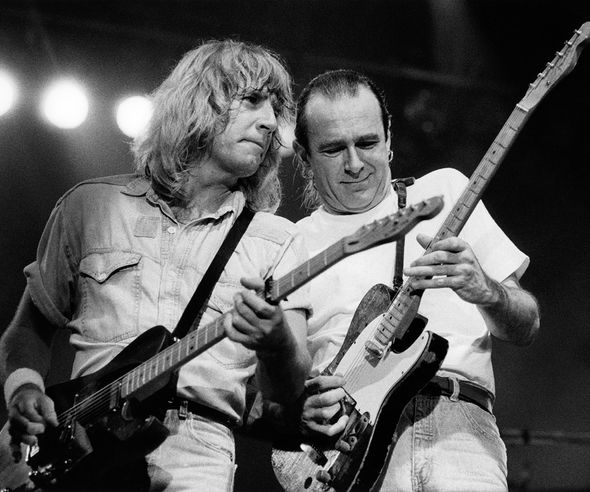 Two years later, his only solo album was released posthumously thanks to the likes of Queen’s Brian May and others.

The 68-year-old’s record was titled Over and Out and was almost completed before his death.

Released in 2018, the album features 10 brand new songs including the title track that played at Rick’s funeral.

When it was announced, Over and Out was described as “a true labour of love and showcases the softer side of Rick as a writer, artist and performer away from the Quo maelstrom as well as the purest rock and roll sound of earlier Status Quo records.”

Originally Rick had been set to complete his guitar and vocal parts in a recording session set for February 2017.

Nevertheless, the Status Quo rocker’s friends like Brian May and Muse’s Chris Wolstenholme stepped in with his son Rick Parfitt Jr to finish to job. They were joined by Status Quo bassists John “Rhino” Edwards and Alan Lancaster.