‘Love Is Blind’ Is Blinding (And Addictive)

When The Beastie Boys were coming up in the music scene in the late ’70s, the band had four members and played hardcore punk. In that scene, arena-rock acts like Led Zeppelin, Pink Floyd, and AC/DC were considered dinosaurs.

Writing in the Beasties Boy Book (2018), founding member Mike D described the code of the music scene he was into. “When you first discover punk, it’s sort of your job to hate classic rock,” he said. But that would change.

After hooking up with producer Rick Rubin and shifting the group’s focus to rap, the Beasties came to love Zep and other ’70s rock titans. On “Rhymin and Stealin,” the first track of the band’s debut album, a Black Sabbath guitar riff backs the rhymes of Ad-Rock, MCA, and Mike D.

But you could argue the drum work of Zep’s John Bonham plays an even bigger part in the song. That monster drumbeat came straight from the final track of Led Zeppelin IV.

Drums from ‘When the Levee Breaks’ made ‘Rhymin and Stealin’ go 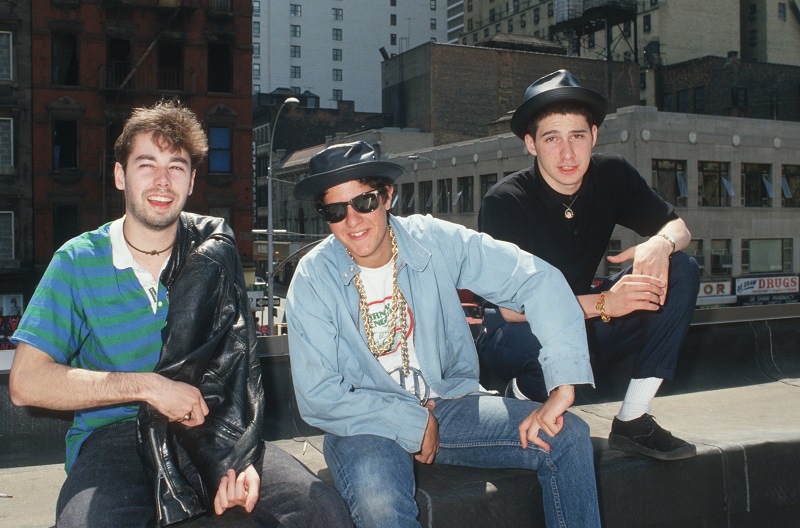 Once Rubin showed the Beasties the best of the rock and metal catalog, the group began to crack. “We weren’t allowed to like this,” Ad-Rock explained in Beasties Book. “But it was like when a little kid won’t eat something delicious because they never tried it. We tried it and we liked it.”

Soon enough, the group had the same reaction millions of Zep fans have had over the years. “Led Zeppelin was greater than f–king great,” Ad-Rock said. He cited “Good Times Bad Times” (from Zep’s debut album) as one of two songs that defined that era (circa 1985) for the Beasties.

After that tour, back to their own devices in New York, Ad-Rock paid a visit to MCA in Brooklyn and found his cohort working on a tape loop of another Zep classic: “When the Levee Breaks,” the closer to the band’s blockbuster fourth album.

Ad-Rock remembered it as a sort of religious experience. “The sound and the visual were so magical to me,” he wrote. And, along with a few record scratches, that signature Bonham drumbeat made Licensed to Ill take flight. 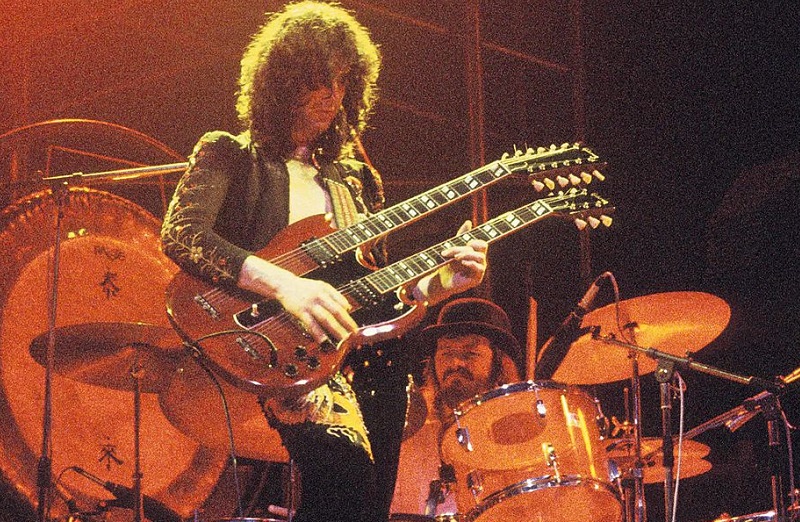 The Beasties didn’t stop sampling Zep on “Rhymin and Stealin.” Later on in Licensed to Ill, you hear the guitar of Jimmy Page running through “She’s Crafty.” Page’s opening riff to “The Ocean” adds plenty of kick to that Beasties song.

Page’s guitar work turns up again (briefly) on the second side of the album. On “Time to Get Ill,” the Beasties sample a quick chunk of the “Custard Pie” riff from Physical Graffiti. (It answers a sample of Creedence Clearwater Revival’s “Down on the Corner.”)

Looking back, the Beasties credited Rubin for bringing the heaviness from metal into the music. “No one was trying to rap over actual heavy-metal guitar riffs,” Ad-Rock wrote. “Rick Rubin should for sure get the credit for that.”

A ’90s boy band star. A streaming service. LED-lighted personal pods. A deep well of underlying sadness. What do all...