Last night, The Rolling Stones performed their first show in London’s Hyde Park for years, and sadly without their late drummer Charlie Watts who died in 2021. Nevertheless, Mick Jagger, Keith Richards and Ronnie Wood prove they’re still full of vibrant energy even at 78 and 75 respectively. Now the band’s dressing room coordinator Heather Foster Kjollesdal has shared how the stars prep for their over two-hour sets, especially in regards to the age-defying Sir Mick Jagger.

Speaking on Talk Is Jericho podcast, Heather opened up about The Rolling Stones’ dressing rooms, with Keith’s being full of cool accessories.

She said: “Keith smokes a lot, and not everybody wants to be around that, so they have their own individual rooms. It really isn’t a hateful thing, they just have different styles. Everyone knows Keith, he likes pirates and baggy clothes. His room looks like him. It’s a little darker and it’s got cool statues of skeletons. It’s awesome, my favourite room, I love it. There’s lots of candles, with lots of great ambience.”

Treat yourself or some loved ones to an unforgettable experience with Ticketmaster. Whether you’re a football fanatic, a lover of live music, or partial to a theatre production – there’s something for absolutely everyone on Ticketmaster.

This box contains affiliate links, we may receive a commission on any sales we generate from it. Learn more. 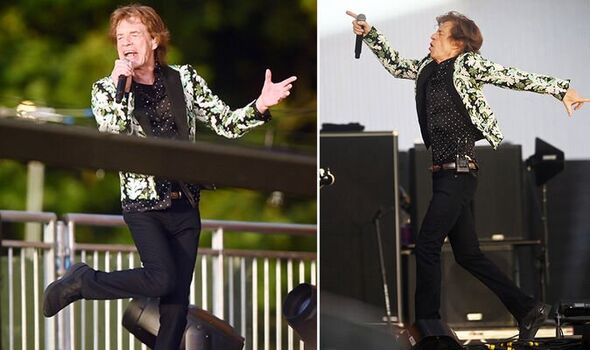 Meanwhile, Ronnie likes to have space for his art and twin daughters Alice and Gracie, who are five.

Heather said: “His room is very artistic really. He’s got a lot of things in there that inspire him. I hang drapes over the pipe that just give the room some texture and some colour. The easel comes in, he has paints, special markers. He has kids, so we’ll get small canvases for them. They’re really artistic too.”

Before each show, sometimes just an hour ahead, The Rolling Stones decide their final set for the night which the 75-year-old then hand paints on a canvas backstage to be turned into a print and sold on the band’s art store. 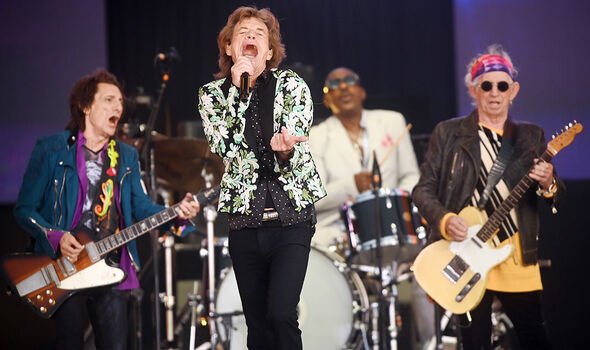 When it comes to Mick’s backstage dressing room, his rider is to have space to warm up for all his running around and dancing on stage.

Heather shared: “Mick likes surfaces. There’s not a lot of stuff. It’s very clean. I do set up a little warm-up area. I’ve never seen what goes on, I know there’s music. He probably just loosens up his limbs.”

At almost 79, the singer continues to amaze fans with his energy for a man of age and it turns out he has a special routine to maintain it.

Heather said: “From what I understand from his trainer, he trains like that. Before the tour, he’ll do serious training for four or five minutes and then he’ll bring his heart rate down. So it’s very much interval training. That’s why he can sing a song, run across the stage, and then the song ends and he’s talking to the crowd and he’s not out of breath. He’s absolutely incredible.”

The Rolling Stones are performing at BST Hyde Park again on July 3, 2022. For tickets, click here.