Joseline Hernandez, the self-proclaimed “Puerto Rican Princess,” is definitely a familiar name for any “Love & Hip Hop” fans. Joseline made her debut on the Atlanta franchise of the show in 2012 and stayed on for six seasons until 2017, per IMDB. At the time, the rapper and former adult dancer was dating record producer Stevie J and their relationship helped bolster the show’s ratings — making it the most-watched of the “Love & Hip Hop” franchise, according to VH1. Joseline even had a daughter, Bonnie Bella, with Stevie J in December 2016, reported VH1. It all made for good TV, as they say!

Joseline has also taken off her own career-wise with the series “Joseline’s Cabaret,” which has two franchised shows based in Miami, and Atlanta, per IMDB. “I’m doing big things out here, I got two shows that I own, I franchise,” the TV personality told ET Online in May. “I’m doing my thing, I got an actual cabaret show that we are going to Vegas next season.”

Since the premieres of her new reality shows, Joseline has moved on to a new man. Who is Balistic Beats, and what does he do? Read on to find out!

Balistic Beats says Joseline Hernandez is "the love of his life" 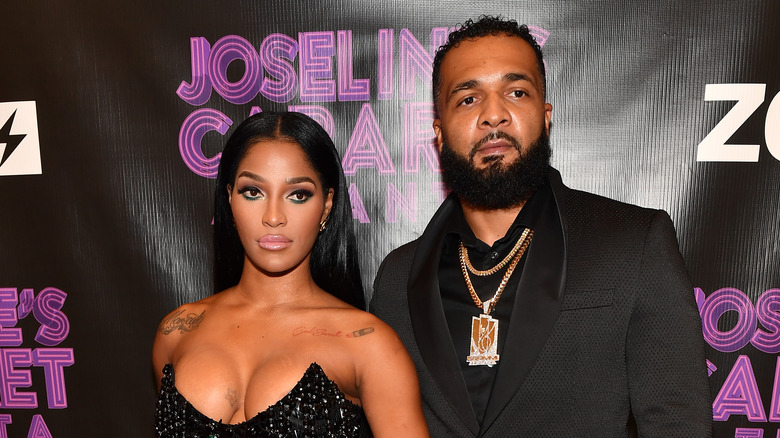 Reality star Joseline Hernandez has a new man and the choice might be surprising for some. The “Love & Hip Hop: Atlanta” alum was linked to record producer Stevie J for years, and the two even had a child, a daughter named Bonnie Bella, together in 2016, but Joseline has now moved on to someone else. The interesting thing is that the “Joseline’s Cabaret: Miami” star hasn’t strayed far from the music industry with her new beau. Joseline has been dating music producer Robin Ingouma, also known as Balistic Beats, since April 2019, reported Atlanta Black Star.

Joseline and Balistic Beats’ relationship seems to be on the fast track since the couple got engaged later that same year, according to Celebrity Insider. “She’s the love of my life,” Balistic exclaimed on People TV. “We’re gonna get married for sure.” It looks like the couple’s tenure on “Marriage Boot Camp: Hip Hop Edition” is working since there are wedding bells in the future. The music figure advertises himself as being in the Grammy society in his Instagram bio and also is popping up — and playing dad pretty convincingly and adorably — on hers.

Now, we can’t wait for the wedding!