EastEnders fans are in for a dramatic week come Monday.

Max's dark secret is about to be uncovered by an unsuspecting Stacey while a Walford favourite will announced they're leaving. Read on for more EastEnders spoilers in store for next week. 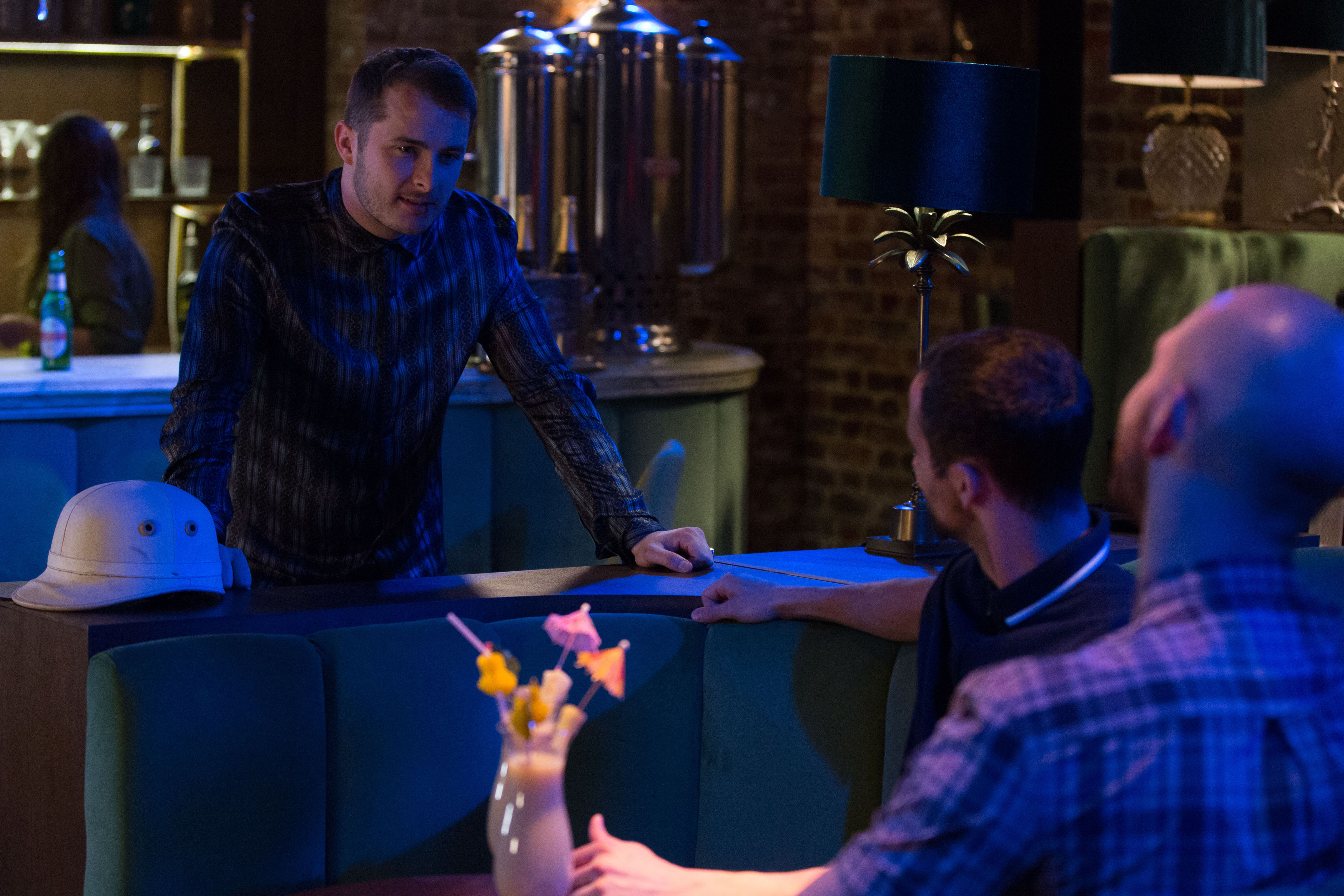 Phil gives Ben a hard time about his recent behaviour at the café – which ends with Ben storming out.

Later Phil tries to get Ben to open up but it doesn’t go to plan. Later, Phil hunts out an old boxing trophy to give to his son. But Ben’s happiness at the gift is short-lived when he visits his dad and interrupts a meeting with Shirley.

Elsewhere, it’s Bobby’s birthday and Kathy and Ian are keen to celebrate.

Bobby receives a gift from a friend but at his party, Ian is concerned about Bobby’s distracted behaviour.

Stuart hears Jack talking about the trouble he’s in and hatches a plan.

Whitney is alarmed when Tiff announces she’s moving back to Milton Keynes.

Tiff tries to make amends with Keegan, but he’s not interested.

Sonia invites Kush and Kat to a results party for Bex, and Martin and Kush set a trap to reunite Kat and Stacey but things don’t go to plan.

Karen has important news for her family. 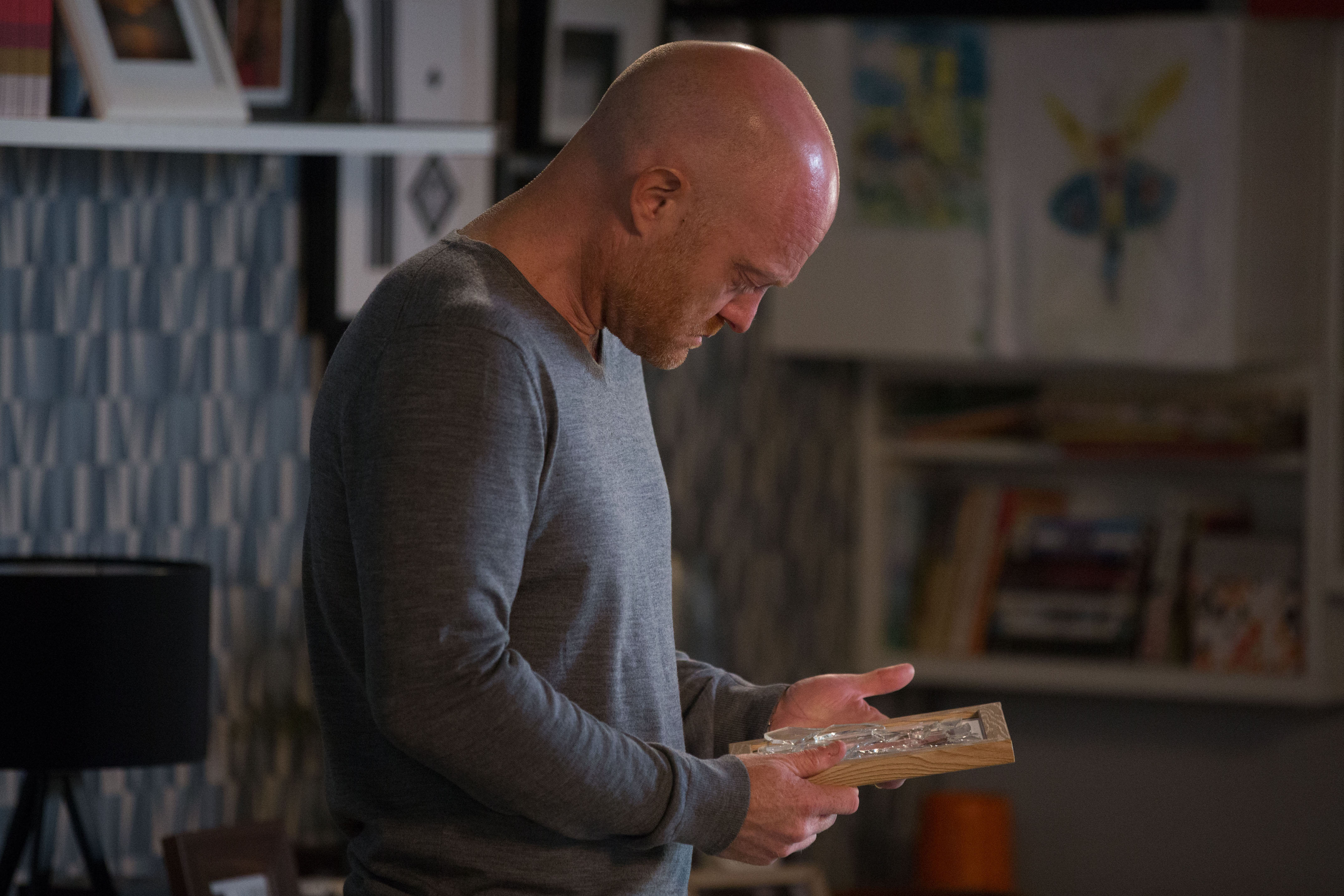 After some advice from Ruby, Stacey plans a romantic meal for Martin to apologise for giving him a hard time.

Stacey gives Max some stern advice but when he injures himself on a picture frame, she’s horrified at what she finds when she tries to help.

Max breaks down and Stacey ignores Martin’s calls. When she finally answers she tells him she can’t make dinner.

Max has a shocking admission while Martin glares at his house from across the Square.

Shirley tells Mick and Linda she’s quitting her job at The Vic.

Kim tells Denise she’s leaving for a job in Scotland. 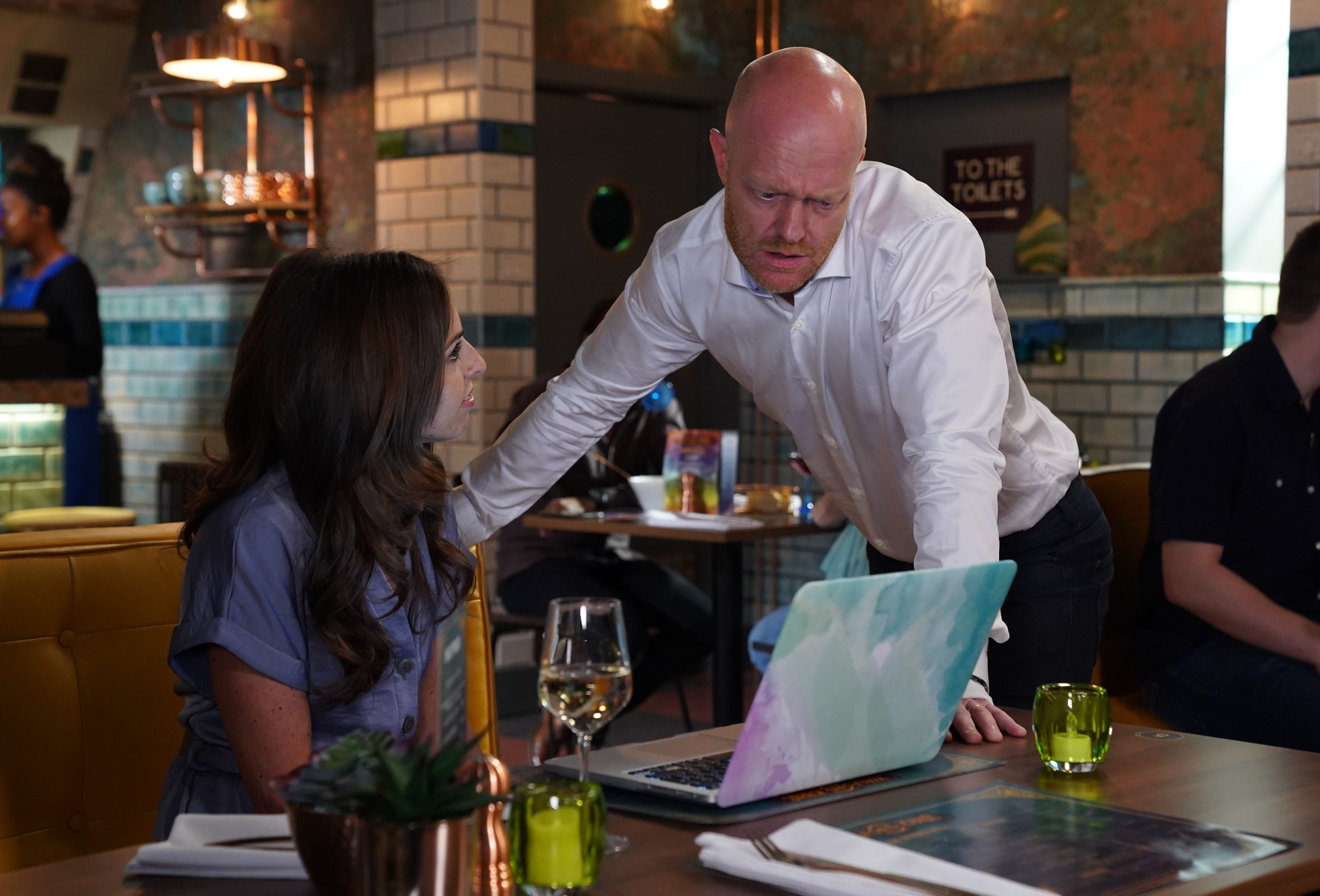 Stacey is in a panic when she wakes up at Max’s and quickly leaves.

Kathy gives Stacey food for thought about Max in the café, resulting in her promising to make things up to Martin with another meal.

Martin wants to confront Stacey but decides against it when he realises she’s cooked for Max too which stifles his anger.

Ruby has a date that doesn’t go to plan and she then struggles with her work accounts, but Max turns out to be her knight in shining armour.

Stacey heads to Max’s but isn’t prepared to find Ruby there with him.

Sonia wants to give Tiff a proper send-off but Keegan doesn’t want to come. Later Keegan is inspired by one of Gray’s colleagues as he spends a day in the office. Here, Gray urges Keegan to tell Tiff how he feels, but he bottles it.

Louise’s school friends are giving her a hard time for being pregnant but Mel offers her support.

Ruby is confused by Stacey’s reaction to seeing her with Max, but everything becomes clear when Max tells Ruby about his history with Stacey, leaving her feeling awkward.

Keegan announces he’s quitting school and Mitch blames Gray leading to the men having a punch up.

Later, Keegan pours his heart out to Tiff – will she change her mind and stay? 24 Jan 20
Motor-less boating is not for the faint of heart. Neither is Below Deck Sailing Yacht.…
TV & Movies
0