On 90 Day Fiancé: The Other Way, fans have pointed out a hidden little nugget. The lyrics, when translated to English, could definitely be taken as shade. Was the song choice a purposeful decision to subtly shade Sumit? It seems like even 90 Day Fiancé production is tired of Sumit Singh lying to his girlfriend, Jenny Slatten. 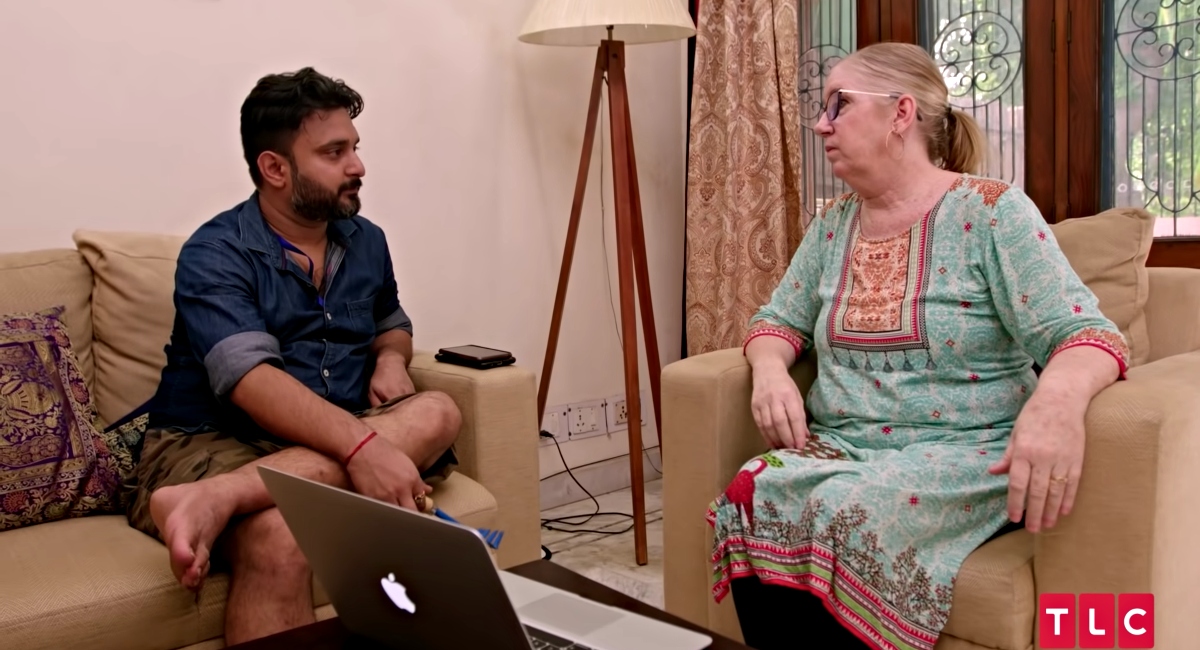 In the Sept. 12th episode of 90 Day Fiancé: The Other Way, Jenny visits a Krishna temple in search of answers regarding a missionary visa. The only option for Jenny to stay in India (except for giving up her citizenship in the United States) is to get this missionary visa by becoming a Hare Krishna devotee. Sumit made it very clear that he could not go against his parent’s advice and marry Jenny.

As of now, Jenny is living in India on borrowed time. Jenny is only months away from being forced out of India. Sumit has promised Jenny since day one that he would marry her. Sumit has told one of the biggest lies in 90 Day Fiancé history. Sumit’s in-laws stormed into his and Jenny’s apartment, revealing that he’s been married behind Jenny’s back for years. Now, Jenny has to face the truth that due to Sumit’s family’s disapproval, they may never get married.

A 90 Day Fiancé fan noticed that during Jenny and Sumit’s first appearance on 90 Day Fiancé: The Other Way season 3, Sharp production put an interesting song choice. According to one Reddit user, the song sung in Hindi says, “Saiyan mera jhootah” which translates to “my partner is a liar.” Could it be a coincidence? 90 Day Fiancé fans don’t think so.

The opening sequence shows some images of the busy New Dehli streets before it zooms into Jenny and Sumit, where the Hindi singing can be heard loud and clear in the background. Every shot, especially in the opening sequence of the first episode, is purposeful. The user wrote, “The production did something here.” Could the production be hinting at what’s to come this season?

Did the ’90 Day Fiancé: The Other Way’ production shade Sumit?

It’s been nearly a decade that Sumit promised Jenny that he would marry her. With Jenny’s visa expiring soon, Sumit has a lot of pressure on him to marry her. In the iconic chair kicking scene, Jenny called out Sumit for lying to her. However, fans pointed out that Sumit has really been lying to her since day one when he initially catfished her as “Michael Jones” before telling her his real identity.

There is no way that TLC chose the song at random. One fan wrote, “They’re always giving us hidden shade nuggets.” Another fan commented, “Finally, some decent, interesting editing!” Another fan thought it was hilarious. They wrote, “Lmao!!! TLC throwing shade left and right!”

So that begs the question, is production leaving us little clues every time 90 Day Fiancé is playing a song in another language? Sumit lied about his identity, his arranged marriage, and now his intentions with Jenny. Obviously, Sharp Entertainment knows how season 3 ends between Jenny and Sumit. They’re definitely calling out “lying” Sumit with that subtle use of lyrics. 26 Feb 21
WARNING: Spoilers ahead! Do not proceed if you haven’t watched Sunday’s season 8 premiere of…
TV & Movies
0