After enduring production in the pandemic age, Season 3 of the critically acclaimed Starz series The Girlfriend Experience finally returns on May 2nd.

Based on Executive Producer Steven Soderbergh’s 2009 film of the same name, this third installment of the anthology series will continue to examine the transactional relationships between exclusive escorts and their wealthy clientele. These women, known as GFEs, provide “The Girlfriend Experience”– a high-priced romantic service that implies far more than just sex.

This season, true to form, you can expect a fresh story, characters and setting with accomplished German Independent filmmaker Anja Marquardt at the series helm. With an introspective and engrossing directing style, Marquadt immediately sets her iteration of the GFE format apart, crafting a narrative that combines big tech with clandestine sex work in the most stylish season yet.

4 Ways Venue Owners Can Connect With Audiences During the Pandemic 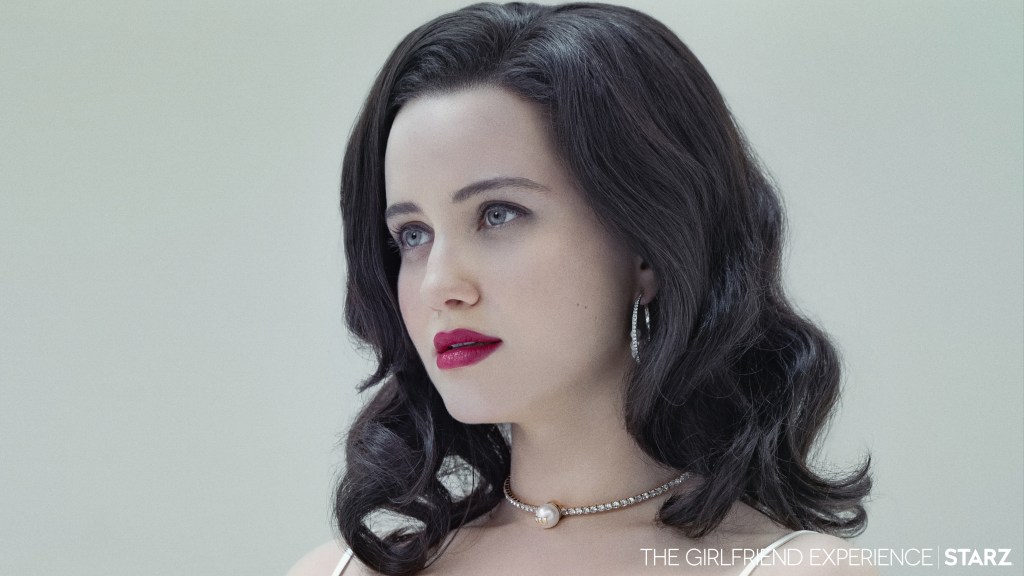 Past seasons of The Girlfriend Experience focused on the unseemly parallels between sex work and the industries of law and politics. This time around, the story is set amidst the sleek and sterile backdrop of the London tech scene– mixing debauchery with data, VR and AI.

Marquardt claims that Soderbergh’s The Girlfriend Experience film is an identifiable inspiration for her 2014 debut feature She’s Lost Control, which follows the life of a sexual surrogate who begins to develop feelings for a client.

Naturally, Marquardt was kismet for the roles of Writer and Director this season in which she incorporates her vast knowledge of future-facing technology into the world of GFEs. Viewers can look forward to an exciting and provocative approach to the familiar paradigm of the show in a more global setting.

We’ll meet Iris (Julia Goldani Telles), an American new to London. She’s a scholar focused in Behavioral Psychology & Neuroscience who works as a neuro researcher at tech start-up NGM by day, while providing the girlfriend experience for clients by night. Working at a futuristic escort agency known only as “The V” allows Iris to quickly realize that her sessions with GFE clients give her a unique and compelling edge at NGM.

Iris’s night job steadily becomes the testing ground for her data-driven day job. What follows is one woman’s increasing obsession with defining and quantifying love and desire. Telles’ performance as Iris is fearless and in the moment. She exudes a sultry determination and intense control of the Soderbergh brand of detachment present in all of the anthology’s former protagonists.

Iris seems to be pursuing the same end as previous season leads Christine (Riley Keough), Anna (Louisa Krause) and Bria (Carmen Ejogo), but by much different means. This version of Girlfriend Experience supposes that the secret life of the lead character could benefit her professional life instead of hindering it– or so she thinks. 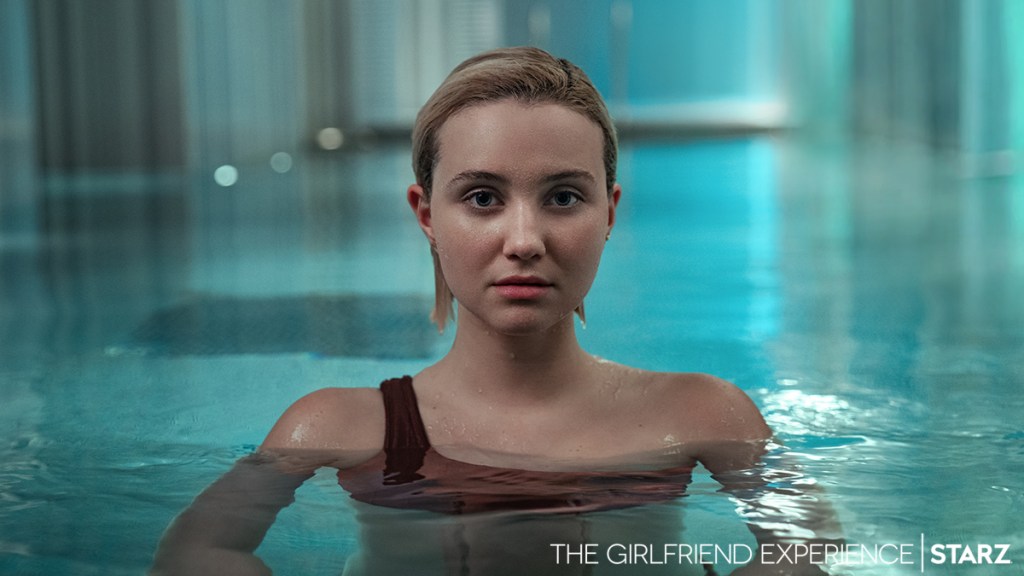 Set in the stark corporate surroundings of London, this is the first season depicted internationally. The impersonal environments seem especially befitting of the social-distance era. However, the show often depicts realistic sex and nudity– posing an especially heightened risk for production during the pandemic.

Participating in Safe Way Forward, Hollywood’s guidelines and best practices to fend off Covid-19, Marquardt had to be methodical in her composition. Even with the physical limitations of production, Season 3 of The Girlfriend Experience proves to be more cerebral with plenty of sci-fi overtones, observing human behavior through the lens of tech.

The sleek and sexy cinematography of this season can be accredited to Zack Galler. Besides collaborating with Marquardt on She’s Lost Control, Galler is also responsible for the look of other suspenseful dramas like The Act, Manhunt and Briarpatch. Together Galler and Marquardt depict sterile luxury apartments, glimmering skyscrapers, offices devoid of humanity and the blank digital space of VR, resulting in an enveloping sense of futuristic danger and eroticism.

A common pursuit of all of the empowered Girlfriend Experience protagonists is the search for a better understanding of themselves. Each main character is asked to be honest about her goals and motivations, even if it’s not what society expects from her. Marquardt intends to deliver her own unique take on the format of the series through the character of Iris and Julia Goldani Telles’ stellar performance.

Soderbergh, along with series creators Seimetz and Kerrigan, never set out to make a courtesan cautionary tale but rather offer an unbiased look at this type of sex work while dispelling the misperceptions of other industries. The addition of Anja Marquardt’s insightful writing and direction will surely elevate the essence of The Girlfriend Experience anthology to new frontiers.

Season 3 of The Girlfriend Experience premieres Sunday, May 2 across all STARZ platforms.