A Place in the Sun: Couple say they’re ‘not in agreement’

The Channel 4 property search show saw Lancashire couple Donna and Terry looking for their perfect pace in the sunshine. Laura was tasked to find them a dream holiday home in Manilva on the Costa del Sol. With a budget of £135k, the A Place in the Sun expert lined up five homes, but she found the couple didn’t always agree on features they were looking for.

The first property they visited was a two-bedroom apartment in La Duquesa.

The first-floor apartment boasted a good-sized private balcony as well as access to five pools and communal gardens.

Inside was a living and dining room, adjoining kitchen and utility room, the main bedroom with an en suite bathroom, another bedroom and a shower room.

Donna seemed to fall in love with the place, particularly the view. But Terry noted that “the whole place would need redecorating.”

Laura commented that Terry seemed like he would be “tough to impress” as the couple looked around the house, which was valued at £140,625. 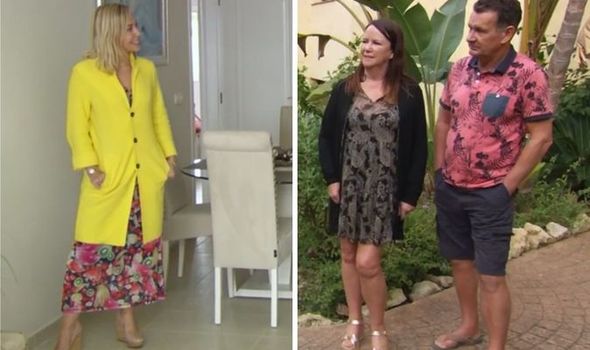 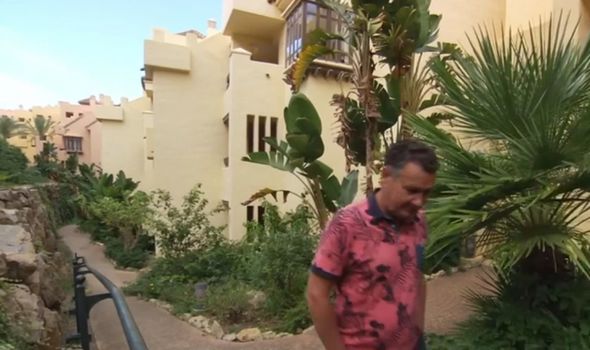 Donna admitted: “I’m just taken up with the view really, it’s kind of overshadowing everything else for me.”

As they entered the kitchen, she added: “Not a bad size, is it?”

“I do know Donna that looking at this, you’re going to want to change this whole kitchen,” Terry replied.

“Yes true,” Donna replied. “I would want new units definitely but space-wise and the work surfaces, they’re really good for prepping food and everything and well, the view just speaks for itself.” 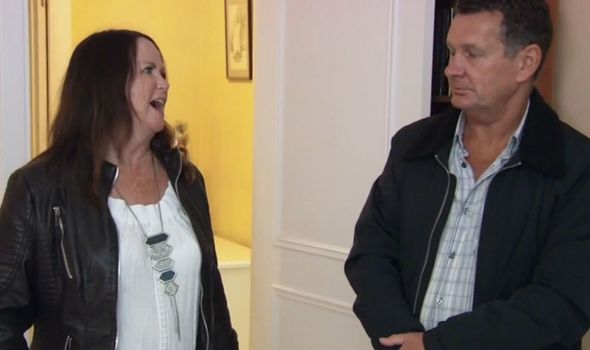 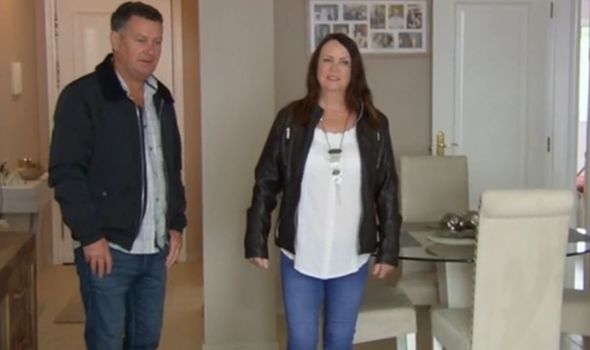 When they later caught up with Laura about the first property, she noticed the two didn’t seem to be on the same page.

“It was great, yes, I enjoyed it, it looks good,” Donna told her. But Laura spotted Terry laughing and asked: “Why is Terry laughing?”

Terry explained: “To me, I just think the complexes are too big, I didn’t particularly like the balcony there – it just needs more outside space basically.”

“Donna, how do you feel about that, with that sea view?” Laura asked. Donna responded: “Yes, well that is actually the thing and that did wow me totally.

“But I do agree with the size of the complex, but it could be the sea view that’s the winner. Who knows?”

Terry added: “I’m trying to keep an open mind so I can compare it to other properties, so I wouldn’t rule it out altogether, but it’s an outsider.”

Property two impressed the couple a little more, but they were still after something that wowed them more.

Laura later told Terry to “hold your horses” after he said he wasn’t keen on the look of the third property before they had even stepped inside.

Terry did change his mind when he explored the inside space, adding: “This is by far the nicest yet, by a long way.”

The couple also disagreed on the fourth property, with Donna not being as keen this time, based on “a feeling.”

Once again, the fifth apartment saw them disagree. “We don’t agree on anything,” Terry admitted.

Eventually, they decided they would take some more time to consider what they wanted.

A Place in The Sun airs weekdays at 4pm on Channel 4.