‘A Week Away’ is a hit among Netflix-watching teens. HL spoke EXCLUSIVELY with breakout star Kevin Quinn about his journey with his faith, a sequel, and more.

A Week Away is a Netflix movie that everyone’s talking about. The teen musical dropped in March 2021 and became an instant hit with young audiences. The film follows troubled teen Will Hawkins as he heads to a Christian summer camp where he discovers music, new friends, love, faith, and more.

HollywoodLife spoke EXCLUSIVELY with Kevin Quinn about his journey with Will and how he nearly played a different character. He also opened up about his relationship with his faith and how A Week Away helped him in “rediscovering” his faith. Read our Q&A below: 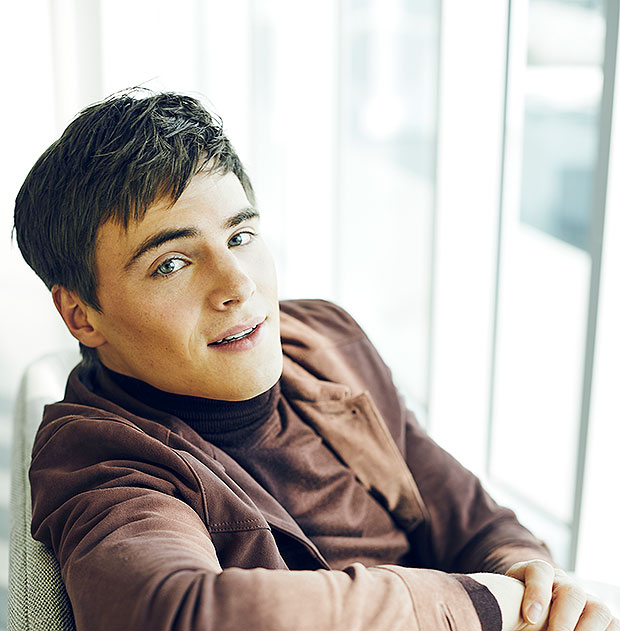 What was it about this role in this project that really stood out to you?
Kevin Quinn: I think for me it was the layers to Will’s character when I read the script. So a lot of people don’t know this, but I auditioned for the role of Sean originally. He’s kind of like the bad guy, and I was actually offered the part. But I asked to read a script. I was like, I just want to be sure that this is the right role for me if I take it, and the whole time I read the script I was reading it with Sean in mind, but I just did that actor thing where I kept gravitating toward Will’s lines. I was like, they might have offered me the wrong character. So I asked if I could audition for Will’s character, and they were like, no, we think we want more of a Charlie Sheen type with dark hair, dark eyes. And I was like, just give me a chance to audition and I’ll do my best and then we can reassess. So they agreed. And then after two callbacks, I was offered that part, and I think for me, it was the layers to Will. I started in Chicago drama doing stage productions in Chicago. I started with drama, kind of took a break to do a multi-cam comedy with Disney, which was great at the time. I was like, now that my time with Disney is up, I’d really like to stay relevant to the teen audience but do something a little bit grittier. I felt like Will was that character. You felt emotional watching some of his scenes. I just wanted a couple of scenes like that, and that was enough for me to fall in love with the character.

What is your musical background? Have you always been interested in musical performances?
Kevin Quinn: It’s a really weird story. I’ve been singing for as long as I can remember, even just like around the house and stuff. My dad is a big music guy, so he would show me all kinds of great music at a very young age. But I think for me, it was like music was just something I always did, especially singing. I never really had any professional acting experience or anything like that. I was very into cinema at a young age. As a teenager, I was watching Baz Luhrmann movies, stuff that Brian Grazer would produce. It wasn’t like the typical stuff that a 10-year-old kid would be watching, but I always had an interest in it. But the music took a backseat to the acting because the acting just kind of worked out first. I did American Idol, which led to an opportunity with an agent in Chicago. I never really thought I would become an actor myself. I had a dream. But the acting just worked out first in the end, and now I’m finally revisiting the music.

That’s right, you were on American Idol. It’s been almost 10 years since you auditioned.
Kevin Quinn: I was the youngest contestant. I turned 15 two weeks before my audition, so I was barely eligible. I’m only 23. But it’s been almost 10 years. I was just so naive. I look back on myself, and I think that’s kind of why I made it as far as I did because I just was too young to take it seriously. Like, when I got eliminated, I saw some of the older contestants who were really bummed and crying and stuff. I remember I got eliminated, and I was bummed, but then 30 minutes later, I was asking about food trucks. I just never took it too seriously, which is the irony.

I noticed you were chronicling your journey with the film, and you wrote how you were dealing with a lot at that time in your life when you filmed this. How did you take those emotions and put them into that performance?
Kevin Quinn: It’s interesting because people watch the film and it’s emotional, but I think it obviously stays true to the teen vibe. It never goes too deep. But for me, it did. This was the most dramatic role I’d gotten to do in a while, but I was dealing with kind of an existential crisis. In retrospect, I’ve talked to people about this, some of my older friends who are in their 30s or 40s, even my parents, they’re all like your 20s are a significant period of change and growth in your life. I experienced a lot of stuff. I had some health struggles. I experienced grief for the second time when I lost a friend, I had a lot of questions about life and existence. It sounds really anxiety-inducing, but that’s where I was at. I was experiencing this for the first time in my early 20s. I never thought about that stuff. As a kid, you’re naive, like the kid I was on American Idol for instance. You just go with the flow, and we don’t question much, but when you get to a certain age where you have the knowledge to ask questions, it was shifting my world paradigm. I was just like, I got to take them into this character, all that weight.

Did the film change your feelings about faith, or did this role make you look deeper into faith over the course of filming?
Kevin Quinn: My faith journey was all over the place. I grew up praying before I even knew what I was doing. Now that I have faith again, and I’ll get into the bumpy road in a second here… But now that I do have faith again, I’ve talked with people who share my faith, and they said, look, even when you’re not there, God is. Even if you don’t know he’s there, he’s there. I realized that was true in retrospect because even when I went through a huge roadblock with my faith and questioned the very existence of God, thinking we’re all just biological creatures, we live and die, whatever. The deeper I went into that rabbit hole of there must be no God or faith is wrong or it’s not worth any of that, that’s when my faith became stronger. It sounds so cliche. But when I was in the darkest pit that is where I found God again. So that alone shifted my worldview, and I felt like A Week Away was part of that journey because it came into my life at the perfect time when I was rediscovering my faith.

What was it like working with Bailee Madison and collaborating on those intense and emotional moments in the movie?
Kevin Quinn: Bailee is a very patient person. I should say that, and God love her for that. When I was going through all that stuff and taking it into filming, she was so receptive. I felt like if anything, she pushed me towards a better performance. I like to think that I pushed her too, but that’s what chemistry is supposed to do. You’re supposed to raise each other’s performances, and I always felt like we had a solid friendship and a connection. I think the producers were equally thrilled when they saw that chemistry in the final cut. She’s the best shooting partner I could ask for. 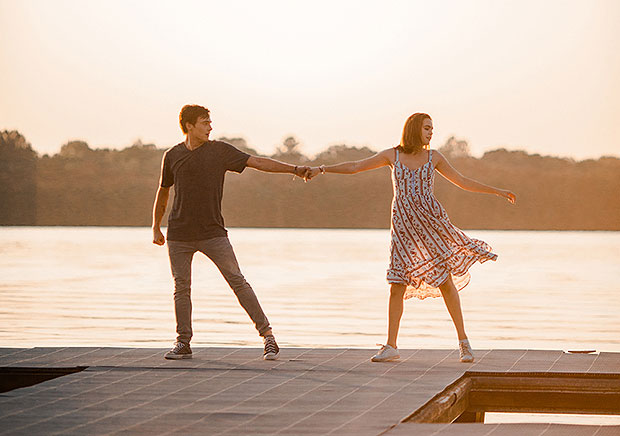 The movie leaves things wide open for a sequel. Do you have anything in mind for a sequel that you would want to explore?
Kevin Quinn: When you make a movie like this, and I hate to read reviews, but I did see one review that hit the nail on the head. He said something like, this is so similar to High School Musical right down to the sequel prompting detail. I was like that is so true. So of course, we thought about that. We’ve thought about creating a world around Camp Aweegaway, these characters, and introducing more characters. I think that was always the plan that the producers had, not to speak on their behalf. But I mean, as far as the sequel goes, I would just like it to be bigger and better. I would love to dive even deeper into Will’s story. I feel like we only got a glimpse of it, and I would really want there to be some deep character arcs or deep character developments that just make it a stronger film. I’d love for there to be more dancing. I always love dancing, and I’m hoping the choreographer puts a little more trust in me this time. She was so great, but she was playing it safe and she was right to do that, but I think after she saw the final cut as well of what we could do, I think she’s going to be able to trust us a little bit more with more difficult choreography.