ADAM Levine's rumored mistress Sumner Stroh looked solemn as she arrived back in Los Angeles from a luxury vacation amid the affair scandal.

Exclusive photographs obtained by The U.S. Sun show the brunette bombshell dressed casually in white as she strolled through LAX on Thursday afternoon. 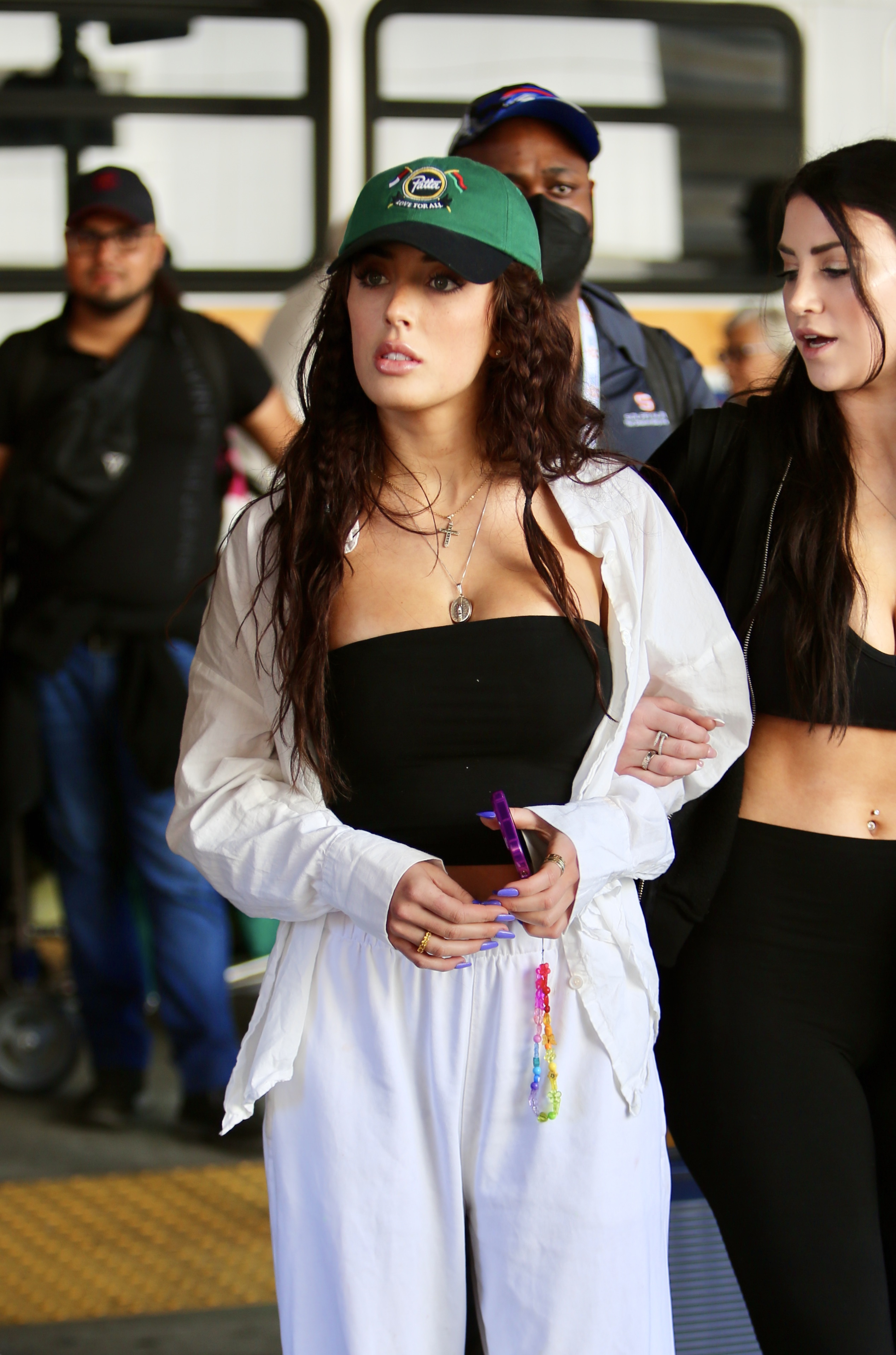 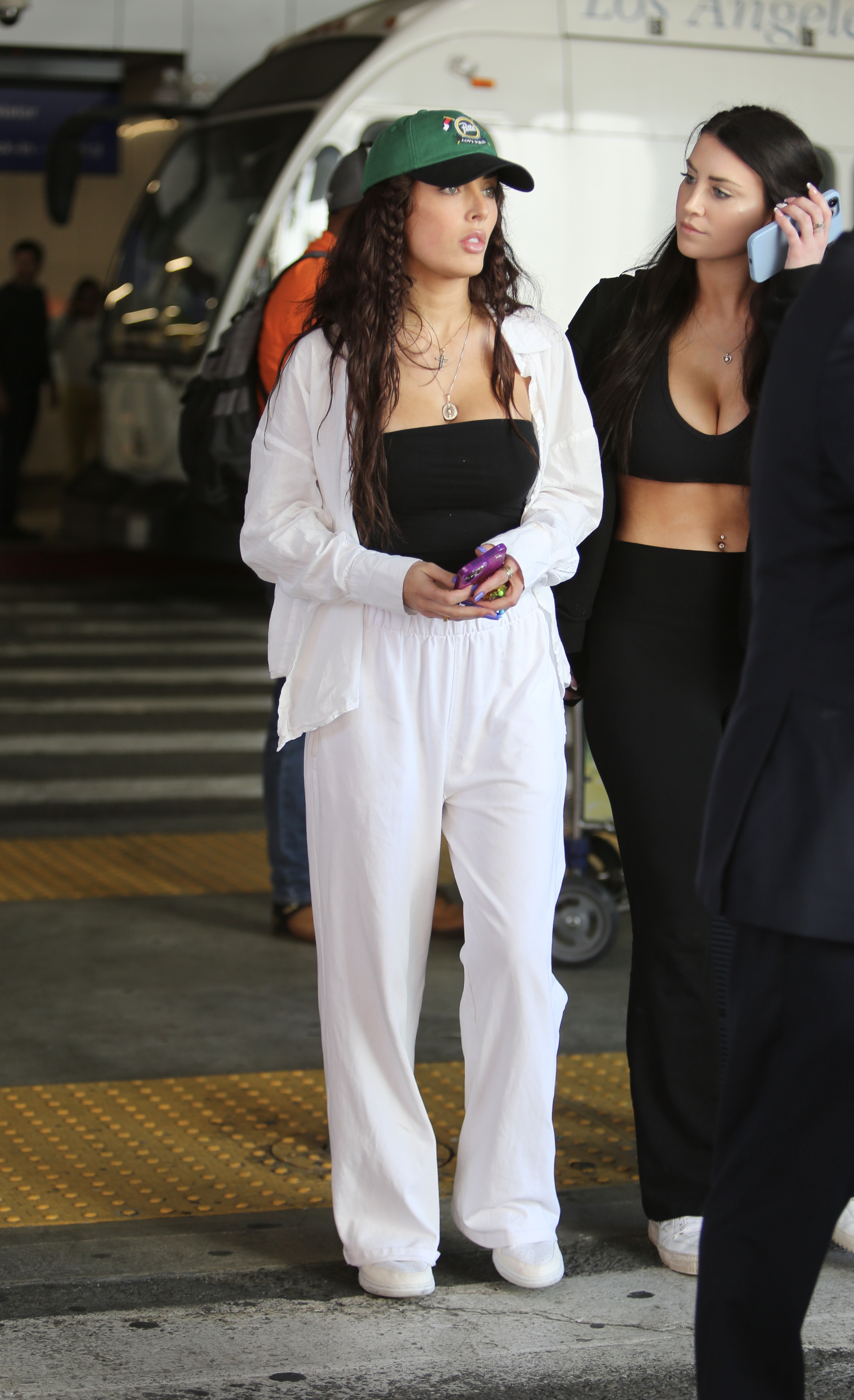 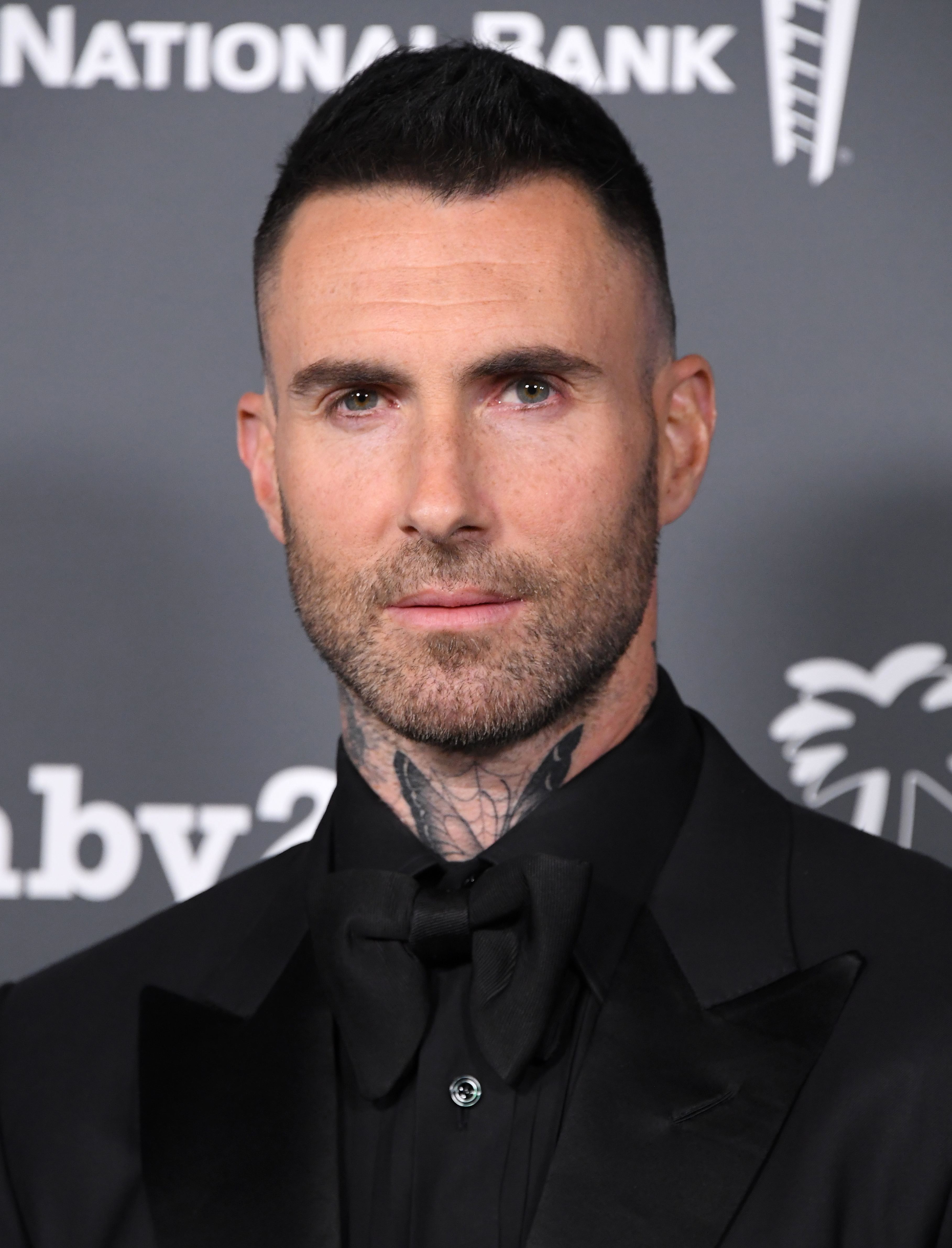 The model and influencer matched a pair of white pants with a loose-fitting shirt over a black strapless top, and was seen linking arms with a supportive pal at the Los Angeles airport.

Sumner opted not to go incognito by wearing shades, but wore a green baseball cap and the front of her wavy hair in casual braids.

The TikTok star, who stunned followers by claiming she had a year-long affair with the Maroon 5 frontman, appeared relaxed as she walked to her car with a driver.

In the photographs, Sumner is seen wearing minimal makeup with a fresh bright lilac manicure and is clutched to her cell phone. 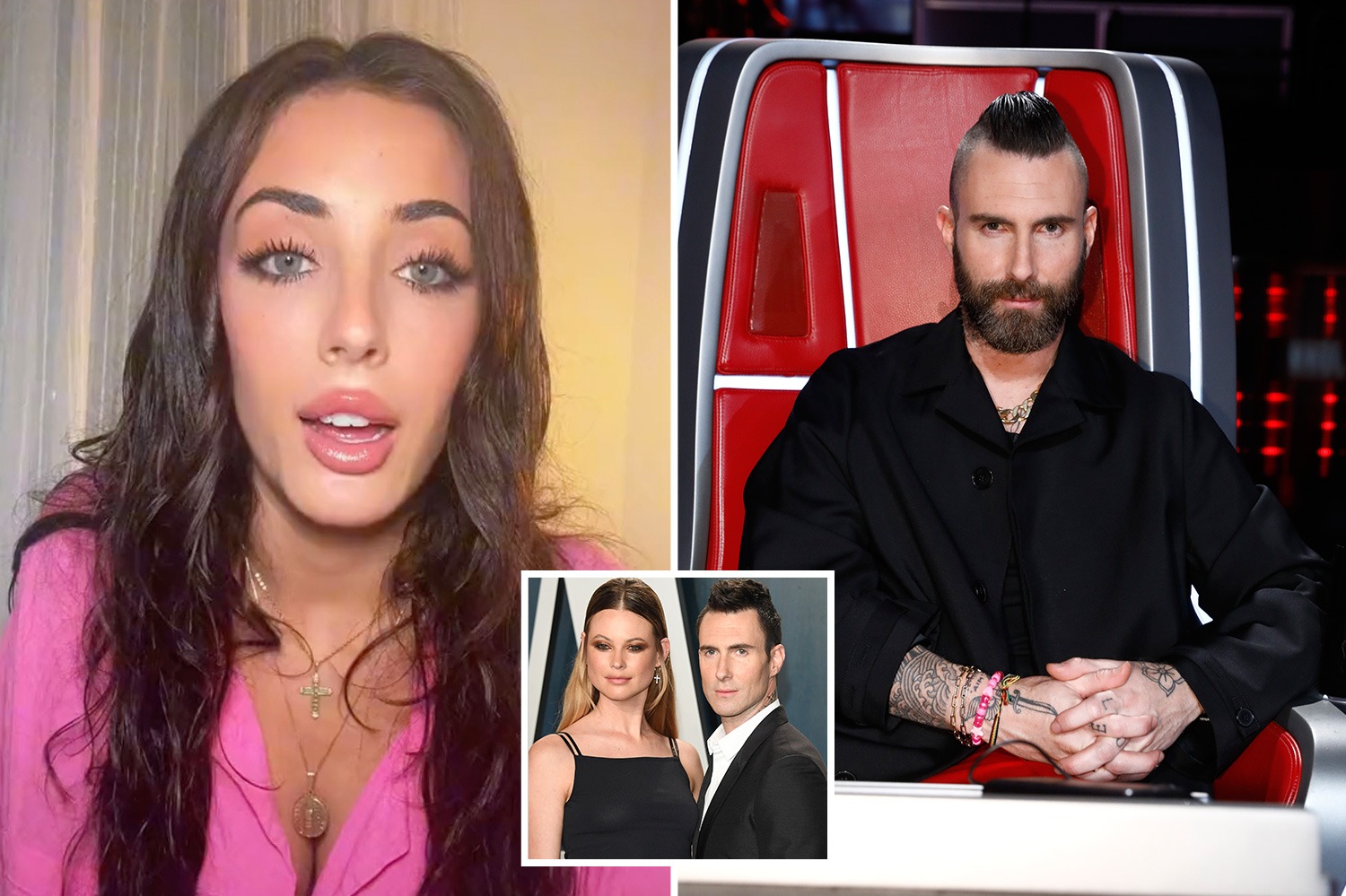 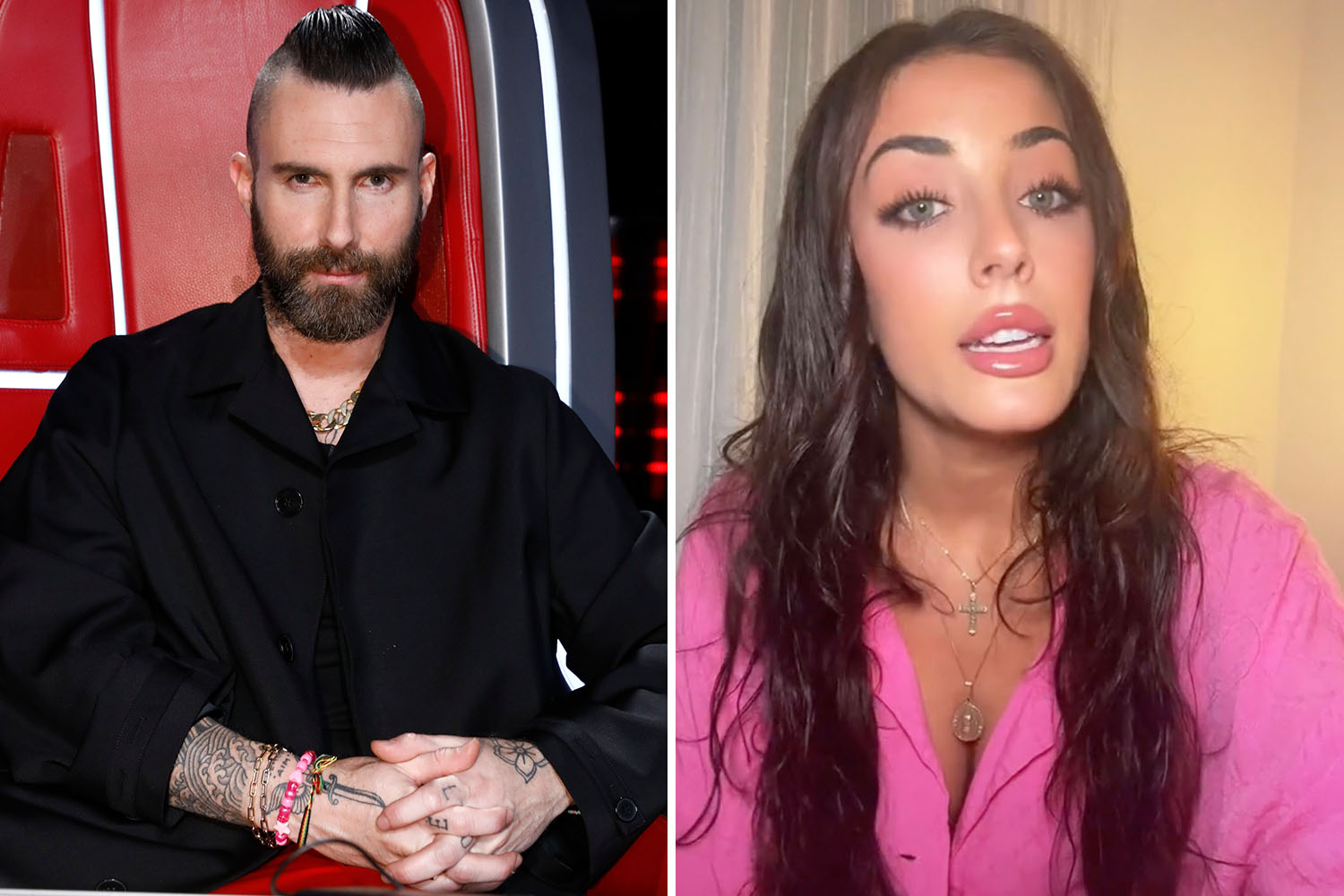 She also showed off a light tan after returning from her trip, and walked through the airport in a pair of Air Jordans.

Her brunette friend opted for a revealing black crop top, black trousers and white sneakers as they were snapped looking over worryingly at Sumner while navigating their way through LAX.

The 24-year-old, who now lives in LA after moving to California from Missouri, has been posting content this week from her girl's trip to Costa Rica after making the damning affair claims public.

She first shared a shocking TikTok video on Monday alleging she had a year-long fling with Adam, 43, who has been married to Behati Prinsloo, 34, since 2014.

Depp dating his lawyer from unsuccessful libel trial against The Sun

All about Lisa Snowdon – model-turned-TV star 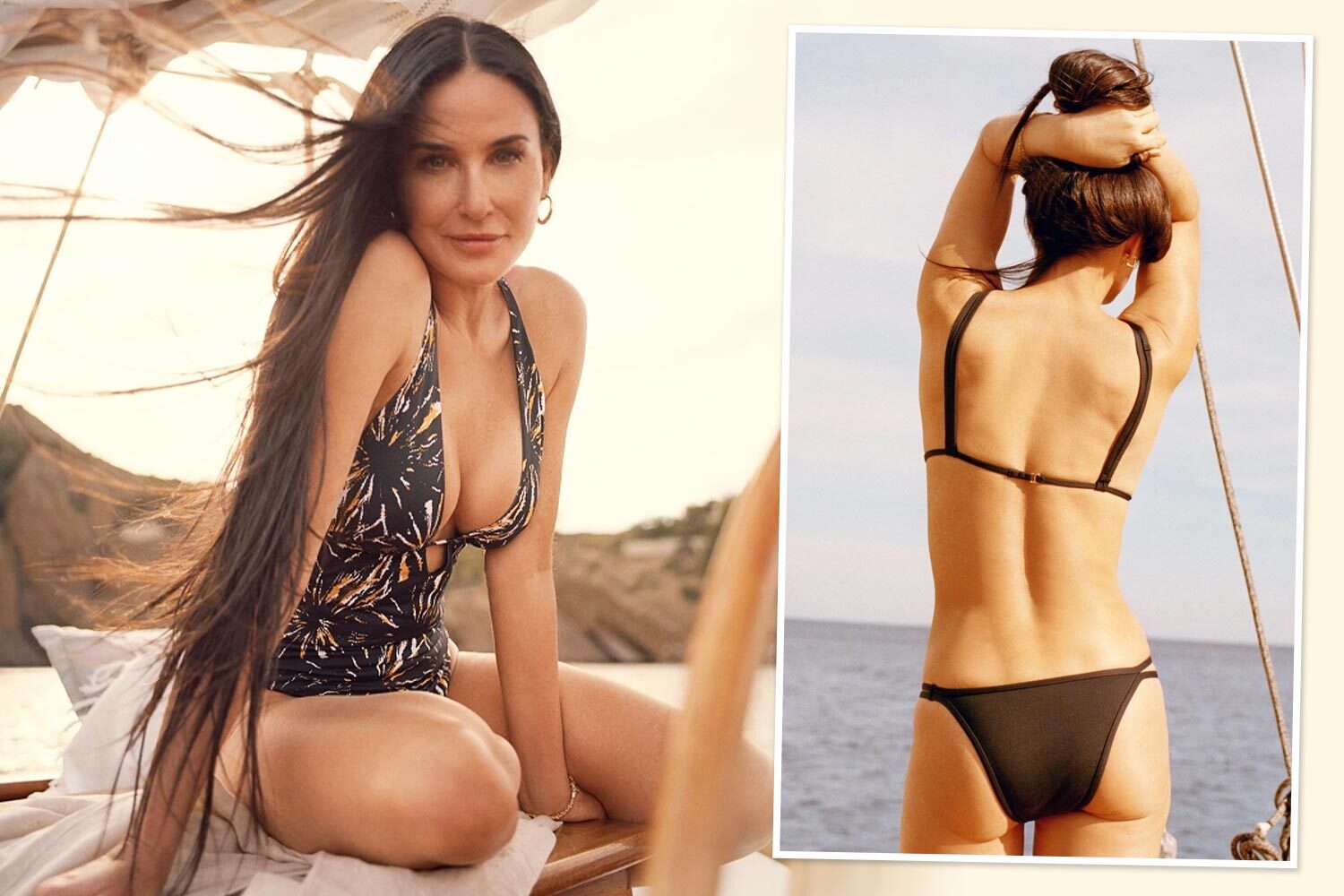 Demi Moore, 59, shows off her curves in swimsuit and bikini on yacht

"I was having an affair with a man who's married to a Victoria's Secret model," Sumner alleged in the clip.

"At the time, I was young, I was naive, and, I mean, quite frankly, I feel exploited.

"I wasn't in the scene like I am now, so I was definitely easily manipulated."

Sumner shared screenshots of what appeared to be messages on Instagram from Adam.

One read: "It's truly unreal how f***ing hot you are. Like it blows my mind. You are 50 times hotter in person."

Sumner claims they were "seeing each other for about a year," until the two lost contact "over a period of months."

But the pop crooner allegedly got back in touch through Instagram to ask whether he could name his third child after her- which resulted in fans slamming him on social media. 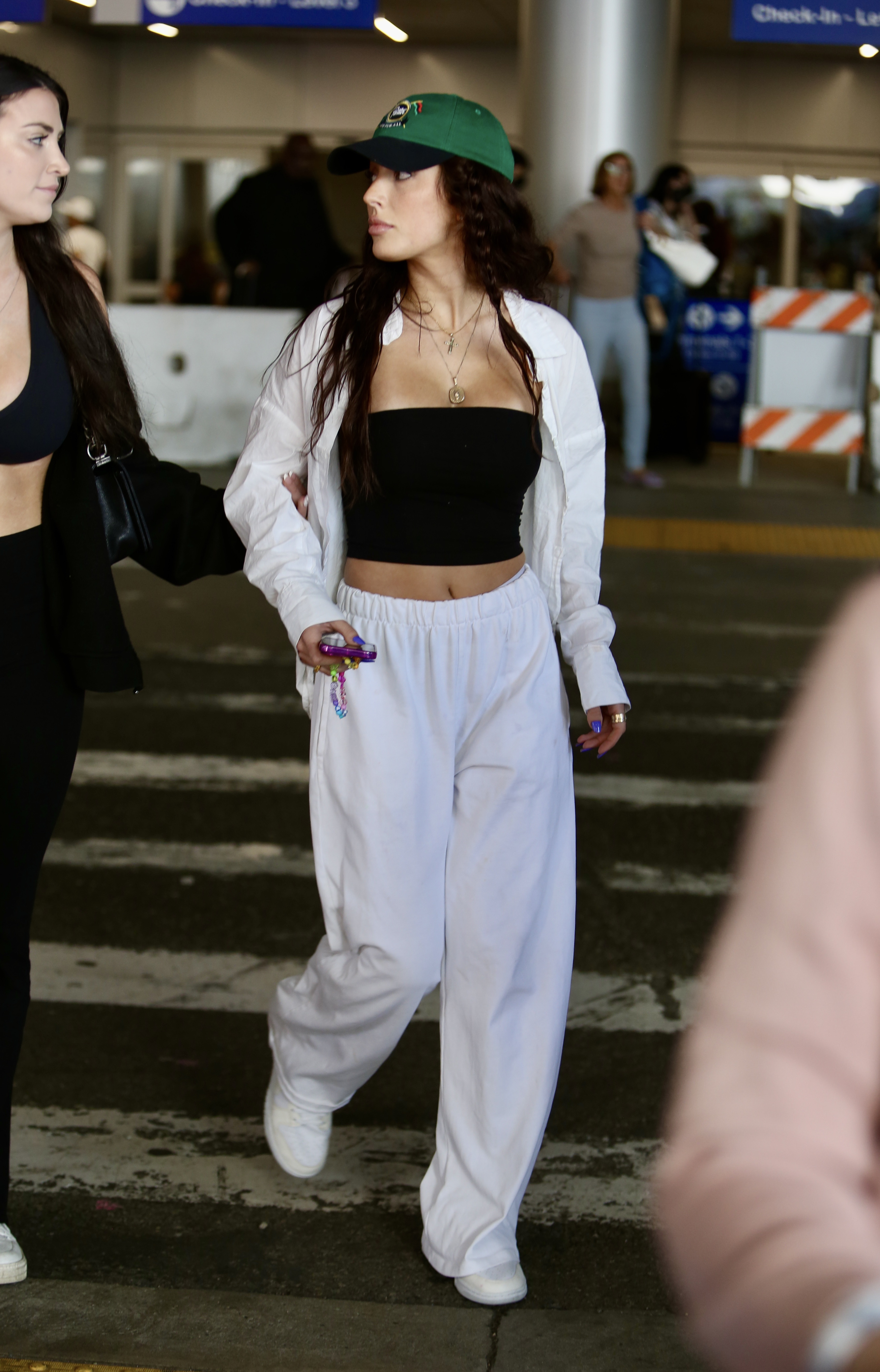 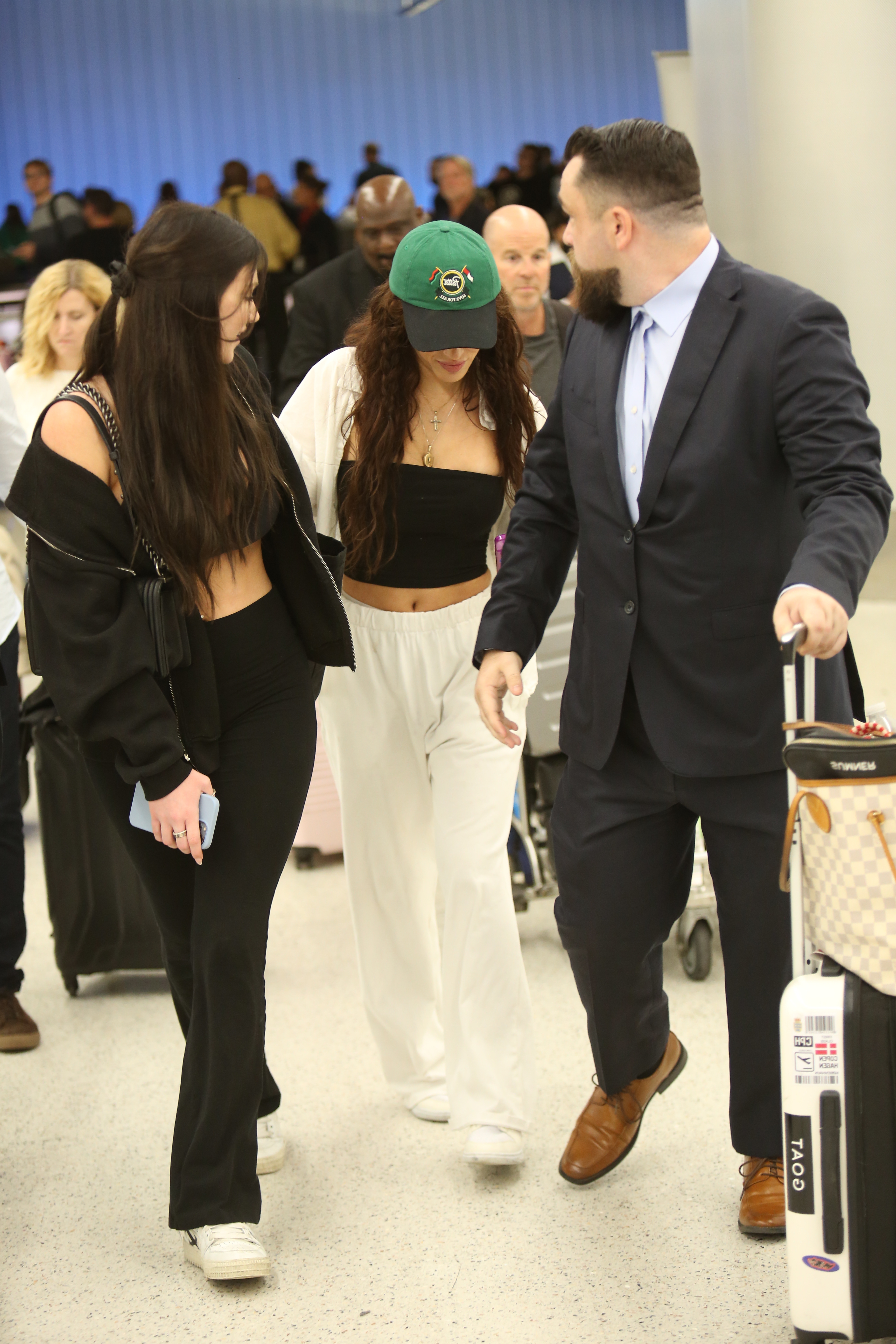 Adam is said to have asked: "Ok serious question. I'm having another baby and if it's [a] boy I really wanna name it Sumner.

"You ok with that? DEAD serious."

The singer – who is currently expecting his third child with his wife – has since denied having a physical affair with Sumner but admitted he behaved "inappropriately".

Adam shared an Instagram Story on Tuesday where he addressed the shocking claims: "I used poor judgment in speaking with anyone other than my wife in ANY kind of flirtatious manner.

"I did not have an affair, nevertheless, I crossed the line during a regrettable period of my life.

"In certain instances it became inappropriate. I have addressed that and taken proactive steps to remedy this with my family."

The Voice alum – who has two children with Behati – went on: "My wife and my family is all I care about in this world.

"To be this naive and stupid enough to risk the only thing that truly matters to me was the greatest mistake I could ever make.

Adam and model Behati have two children together – daughters Dusty, five, and Gio, four, while baby number three is on the way.

The star is continuing to do damage control, and appeared in good spirits while out with his pregnant wife after the scandal broke and more women came out to accuse him of sending them flirty messages.

Sumner also hit back and mocked the star after his affair denial, but confessing to stepping out of line, by saying: "Someone get this man a dictionary."

Adam and his model wife announced earlier this month that they are expecting their third child.

Teacher desperately tried to save boy, 15, after he was knifed to death

Sumner is a model signed with the Verge Agency, which also represents Pia Mia and Austin Mahone, and she posts on a number of platforms including adult's-only site OnlyFans.

On Instagram, she accumulated over 338,000 followers while on TikTok, her follower count is made up of over 300,000 users. 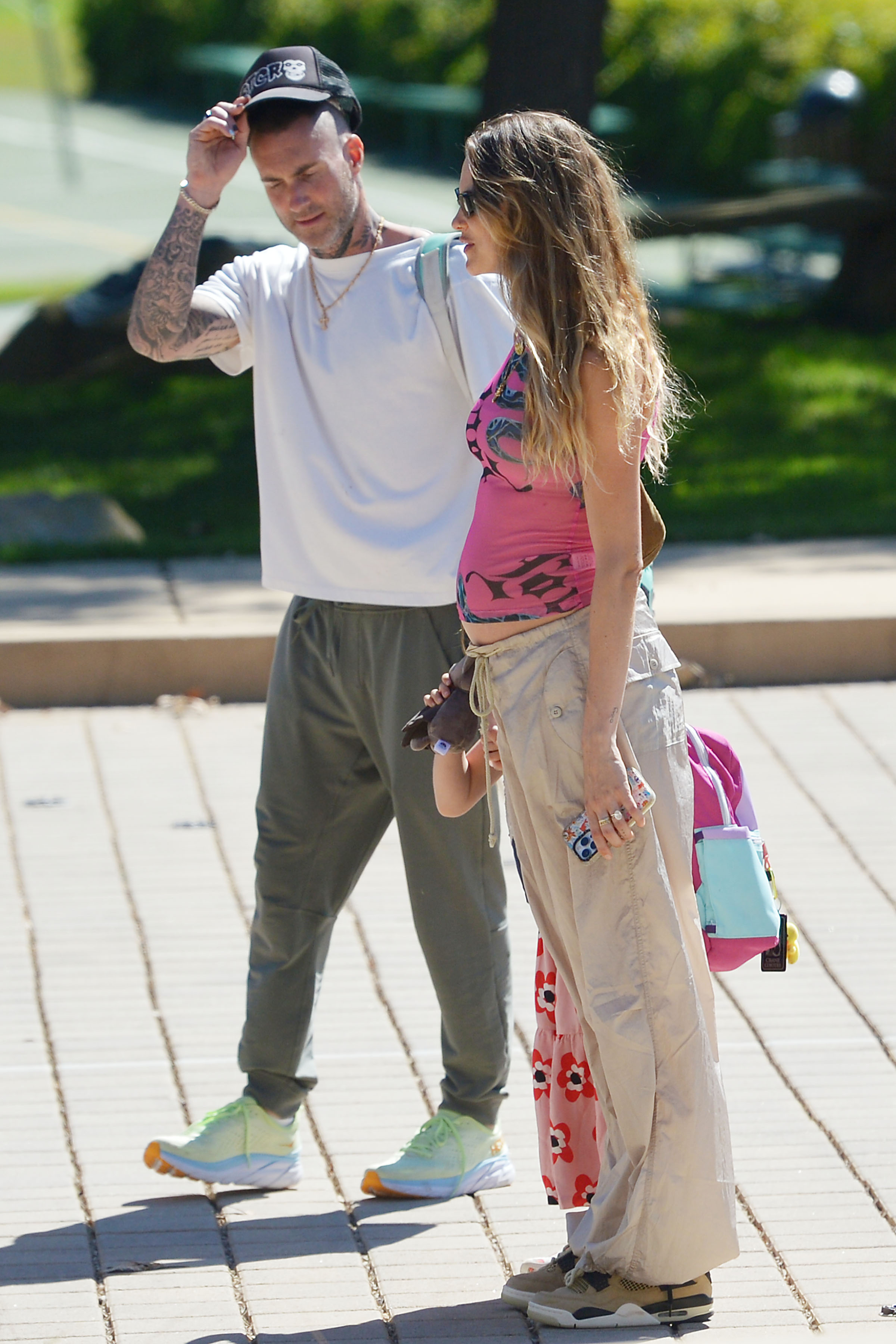 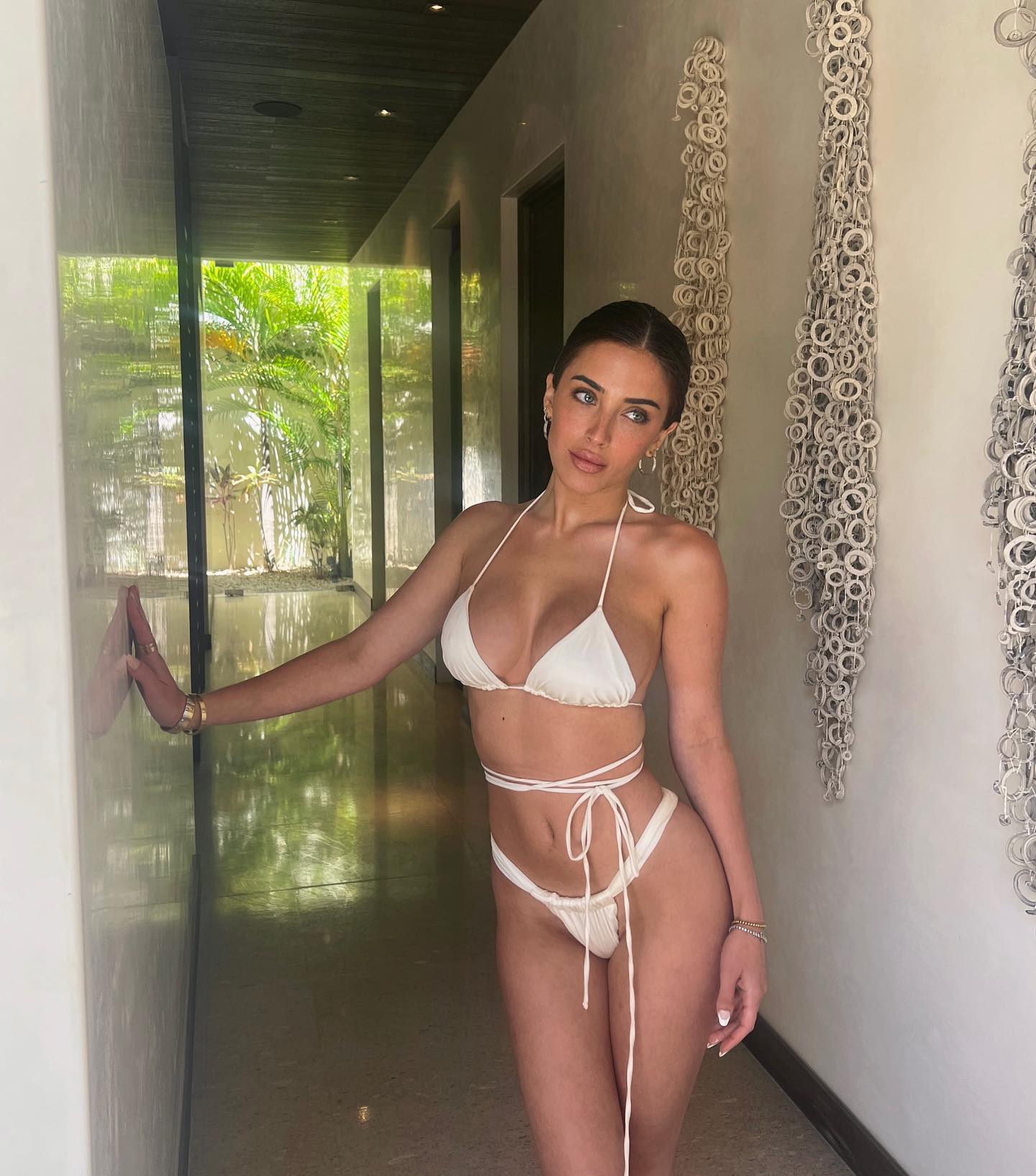 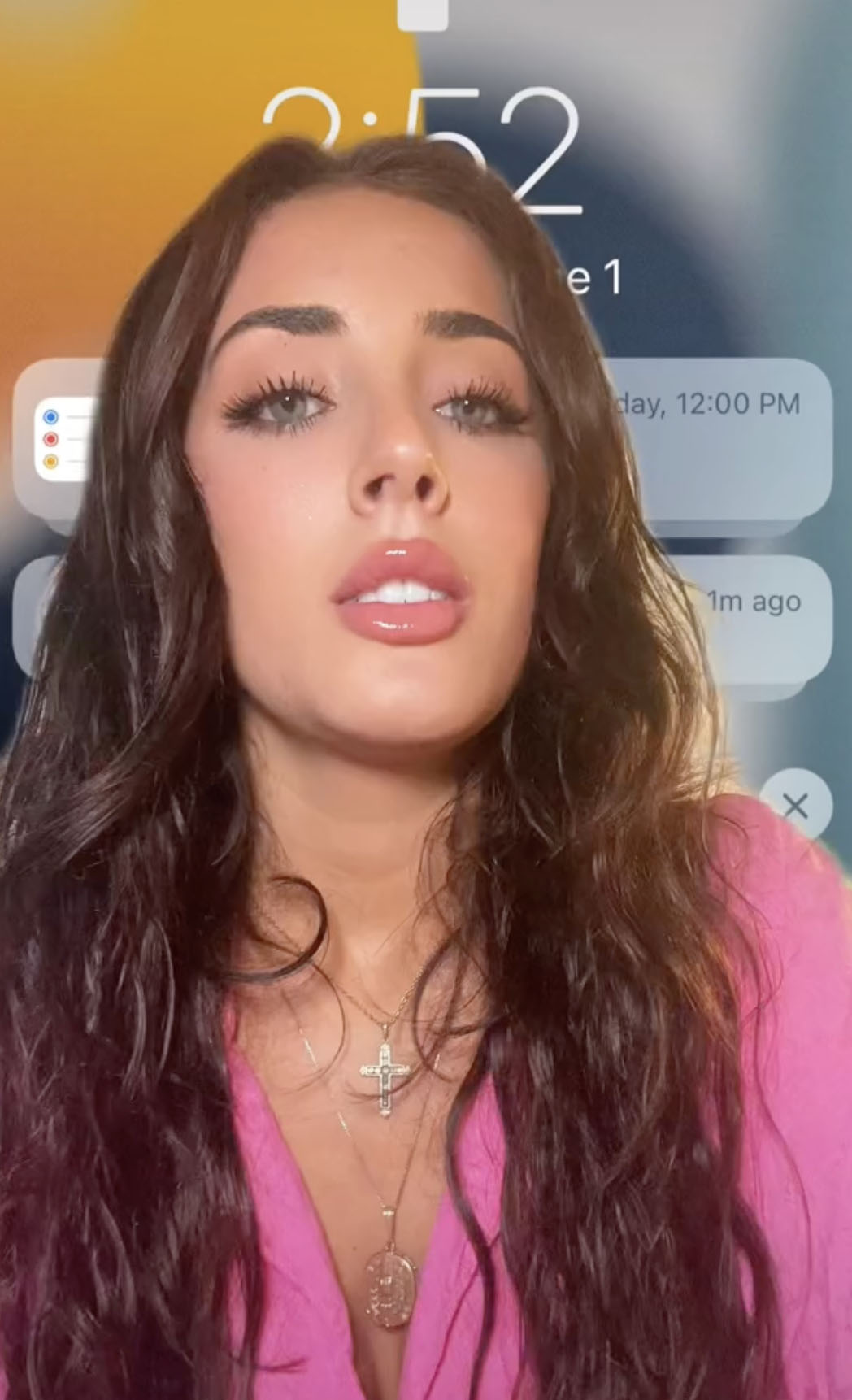