Good Morning Britain presenter Adil Ray has been criticised after saying that people expect films about Black kids to be about ‘gangs and drugs’.

On Wednesday’s edition of the ITV programme, Adil and Susanna Reid interviewed Reggie Yates about his new film Pirates, marking his directorial debut in a tale of a group of friends in 1999 on a mission to secure tickets for the best New Year’s Eve celebration to see in the new millennium.

As the GMB co-hosts welcomed Reggie for the virtual interview, Adil remarked that in his view, Reggie is ‘breaking down stereotypes’ with the movie.

‘You’re breaking down stereotypes, haven’t you? We think of a movie about Black kids and it’s sort of gangs, and it’s gangsters and it’s drugs and all of that, but there’s none of that, really, it’s just a coming of age story, isn’t it?’ he said.

Reggie raised his eyebrows when Adil made his comment, responding by explaining that the ‘coming-of-age story’ is ‘fuelled by joy more than anything’.

‘I think we’ve more than had our fair share of trauma-filled, issue-based movies. This is a fun Friday night out and I can’t wait for people to see it on Friday night,’ the actor and TV presenter added. 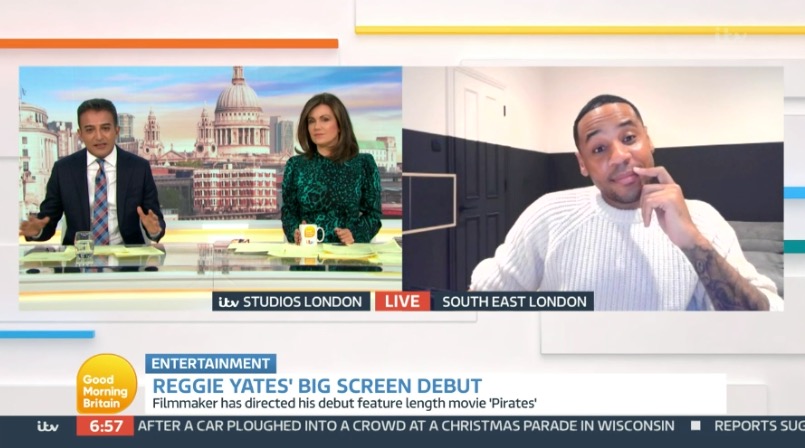 Several GMB viewers have called out Adil on Twitter, with one person writing: ‘Did he really just say that about Black kids?’

‘What did Adil just flippantly say about Black kids? Talk about stereotyping at its finest,’ another person said.

Good Morning Britain airs weekdays at 6am on ITV.