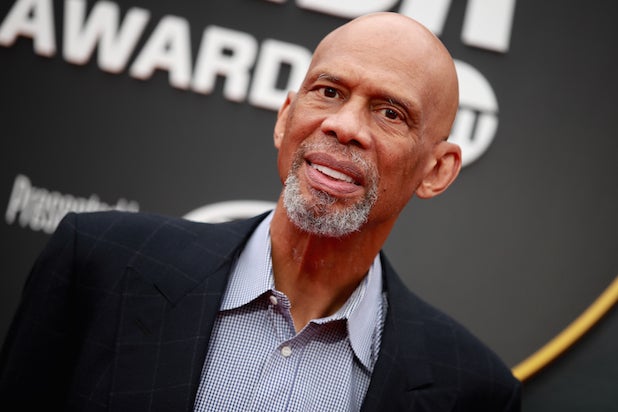 A+E Networks announced a trio of new documentary projects on Wednesday, led by its second collaboration with Kareem Abdul-Jabbar. The NBA legend and racial justice advocate will executive produce a documentary film for History Channel about protests.

“Fight the Power: The Protests That Changed America” will look at the impact key protests have had on the evolution of the U.S. and will explore the question: Does the arc of the moral universe bend toward justice when pressure is applied? Abdul-Jabbar will executive produce with Deborah Morales of Iconomy Multi-Media & Entertainment and the Six West Media Group.

“The history of protest in America is also the history of social progress,” Abdul-Jabbar said. Last year, he received an Emmy nomination for narrating the documentary “Black Patriots: Heroes of the Revolution.”

Additionally, A&E Network has ordered two more docuseries, one on Black comedy and one on hip-hop.

“Right to Offend: The Black Comedy Revolution” explores the evolution of Black comedy and comedians who have used pointed humor to expose, challenge and ridicule society’s injustices and to articulate the Black experience in America. The four-hour, two-part series features interviews with some of the greatest comedy minds of all time as well as a rich collection of archival comedy material.

“Secret Origins of Hip Hop” from Mass Appeal (“Wu-Tang Clan: Of Mics and Men”, “Rapture”) follows some of hip-hop’s biggest stars, including Busta Rhymes, Eve, Fat Joe Grandmaster Flash and Ice-T, as they share the stories and events that molded them into the artists they became.

Finally, A&E’s documentary from Bill Clinton, which was announced last year, will now air in 2022.