This is the story of how a jazz musician became public enemy no. 1, yet still she fought on. In The United States vs. Billie Holiday, Andra Day (a GRAMMY nominee in her own right) stars as the legendary singer, who the government targeted due to her protest song, “Strange Fruit.”

The film hails from director Lee Daniels from a script by playwright Suzan-Lori Parks and co-stars Trevante Rhodes as Jimmy Fletcher, the agent sent to infiltrate Holiday’s circle and spy for the Federal Bureau of Narcotics. (Garrett Hedlund plays head fed Harry Anslinger.)

Ahead of the trailer’s premiere on Monday, Daniels and his leads sat down with ET’s Nischelle Turner to discuss bringing Holiday’s story to the screen.

“It’s a moment in time,” Daniels says. “It’s not a straight-on biopic, but it happened. Everything happened. It’s all documented, so it’s not like it didn’t happen. But it’s [also] a musical. And it’s just my storytelling. It’s what happens when we all get together and tell a story, a Black story.”

Watch the trailer below:

That Day is making her acting debut portraying an icon like Holiday is not lost on her, and she admits she was “terrified.” On top of the acting, Day was tasked with singing Holiday’s music too.

“The voice was a big part of it,” she explains. “I look at her voice as sort of like a scroll and on it is written every point of trauma, every victory, every hit, every time she slammed, every time she did a speedball, every time she got up there in the midst of terror and sang ‘Strange Fruit,’ every time police shot into her car, every time they tried to kill her or put her in prison, every prison stint, every day in the brothel, her mother’s death, all the cigarettes, all the alcohol, everything is written onto the scroll of her voice.

“It really actually helped me drop into her more,” Day adds. “I almost looked at her voice as a character in and of itself.”

The film was made to honor Billie Holiday, although it does not shy away from any of the darker aspects of her life, including addiction and abuse. For Daniels, it’s all in service of telling her story authentically.

“The very last day of shooting, I dreamt about her and she came to me in a dream,” he recalls. “[She was] very shy, she couldn’t look me in the eyes, and I said, ‘Miss Holiday, I’m doing a movie about you.’ She finally looked at me, she said, ‘You gonna do it right?’ And I said, ‘Yes.'” 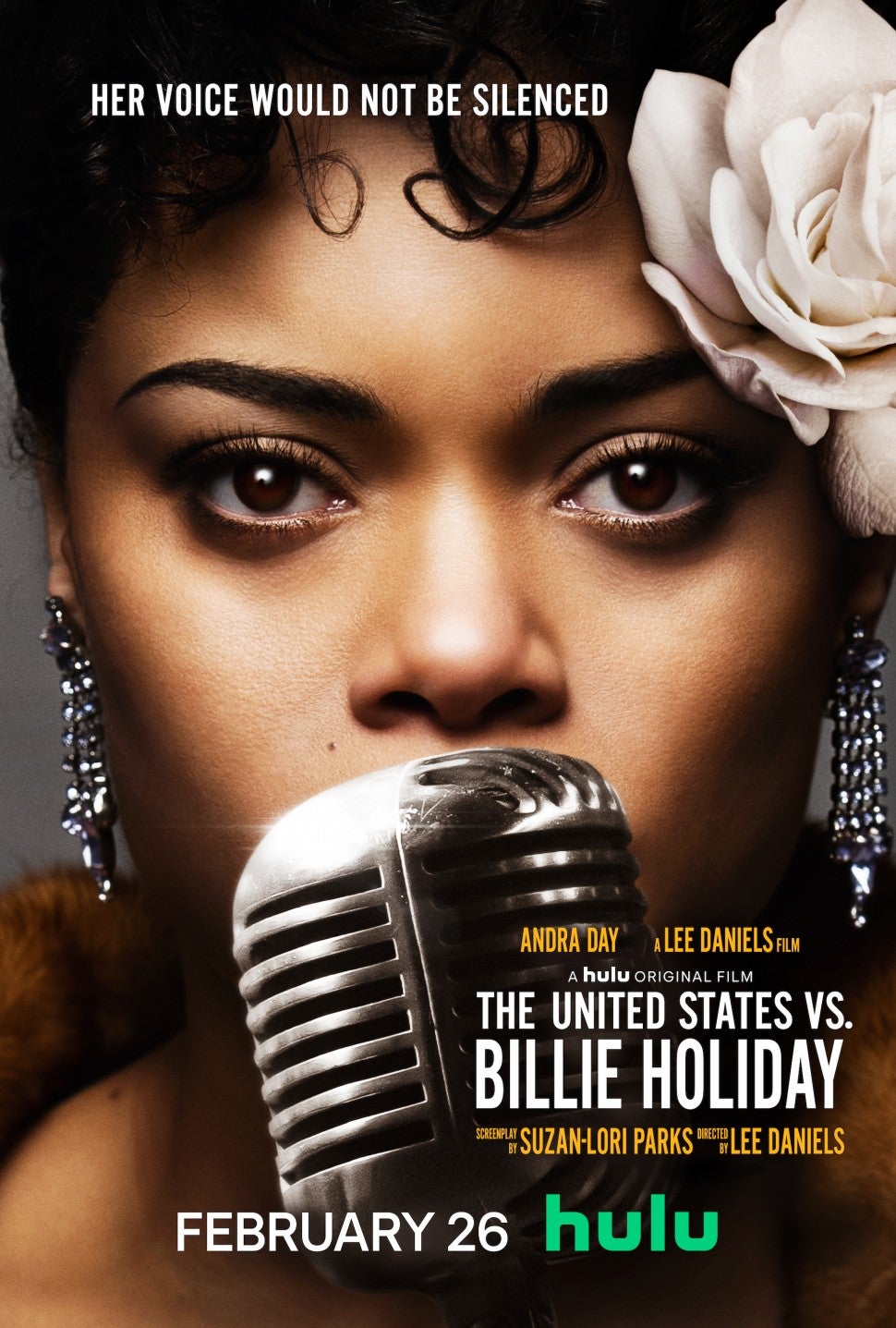 The United States vs. Billie Holiday is streaming Feb. 26 on Hulu.