IT was not the most glamorous of starts for David and Victoria Beckham – but  it worked.

“My wife picked me out of a ­football sticker book and I chose her off the telly,” David confessed, not long after ­marrying the Spice Girl. 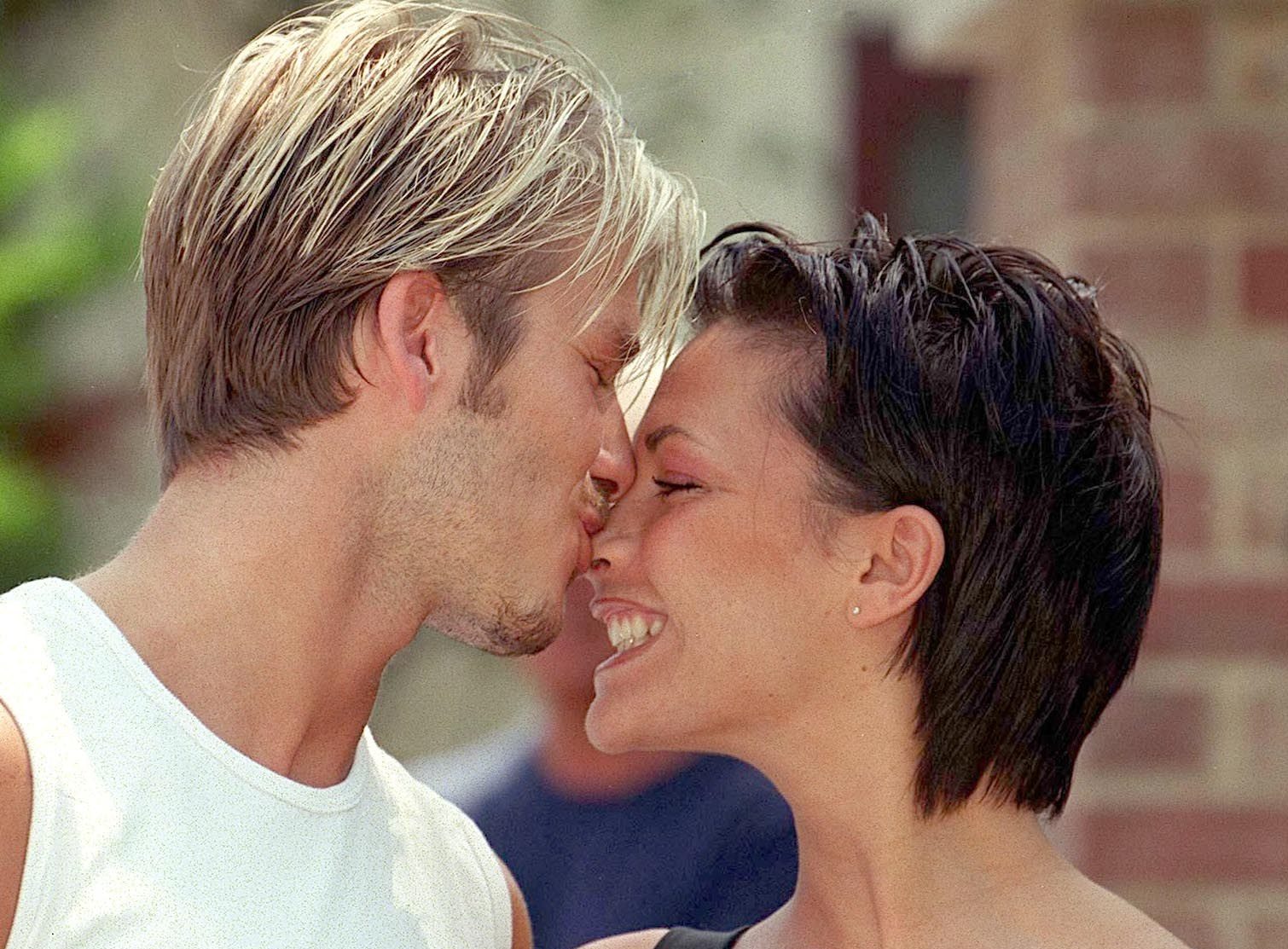 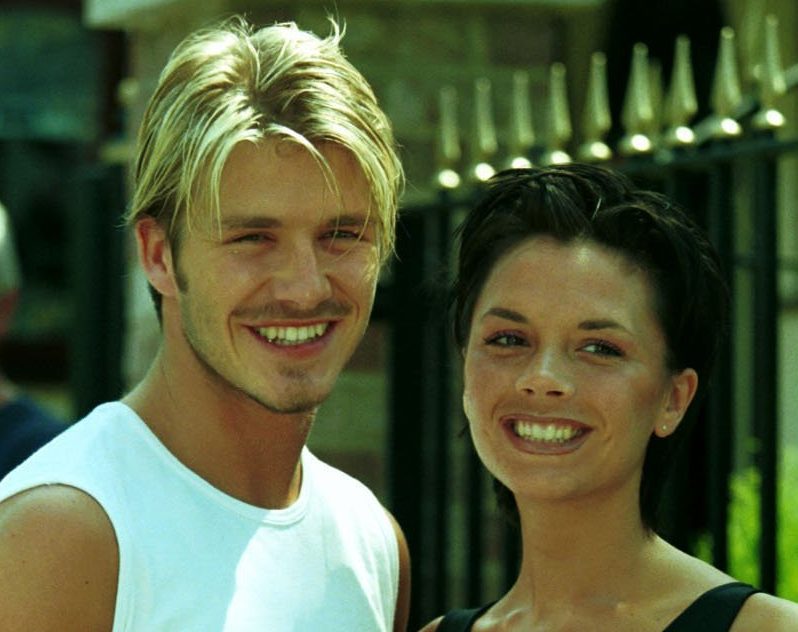 This Thursday — July 4, 2019 — the couple will ­celebrate their ­20th wedding anniversary.

And what a marriage it has been. They have four children, two homes and are worth £340million.

David, now 44, had been infatuated with Posh Spice, 45, since he saw her wearing a PVC ­catsuit in the video for the Spice Girls’ second single, Say You’ll Be There.

Victoria, meanwhile, had seen Manchester United striker David in a Panini sticker book when picking a football kit for a photoshoot. 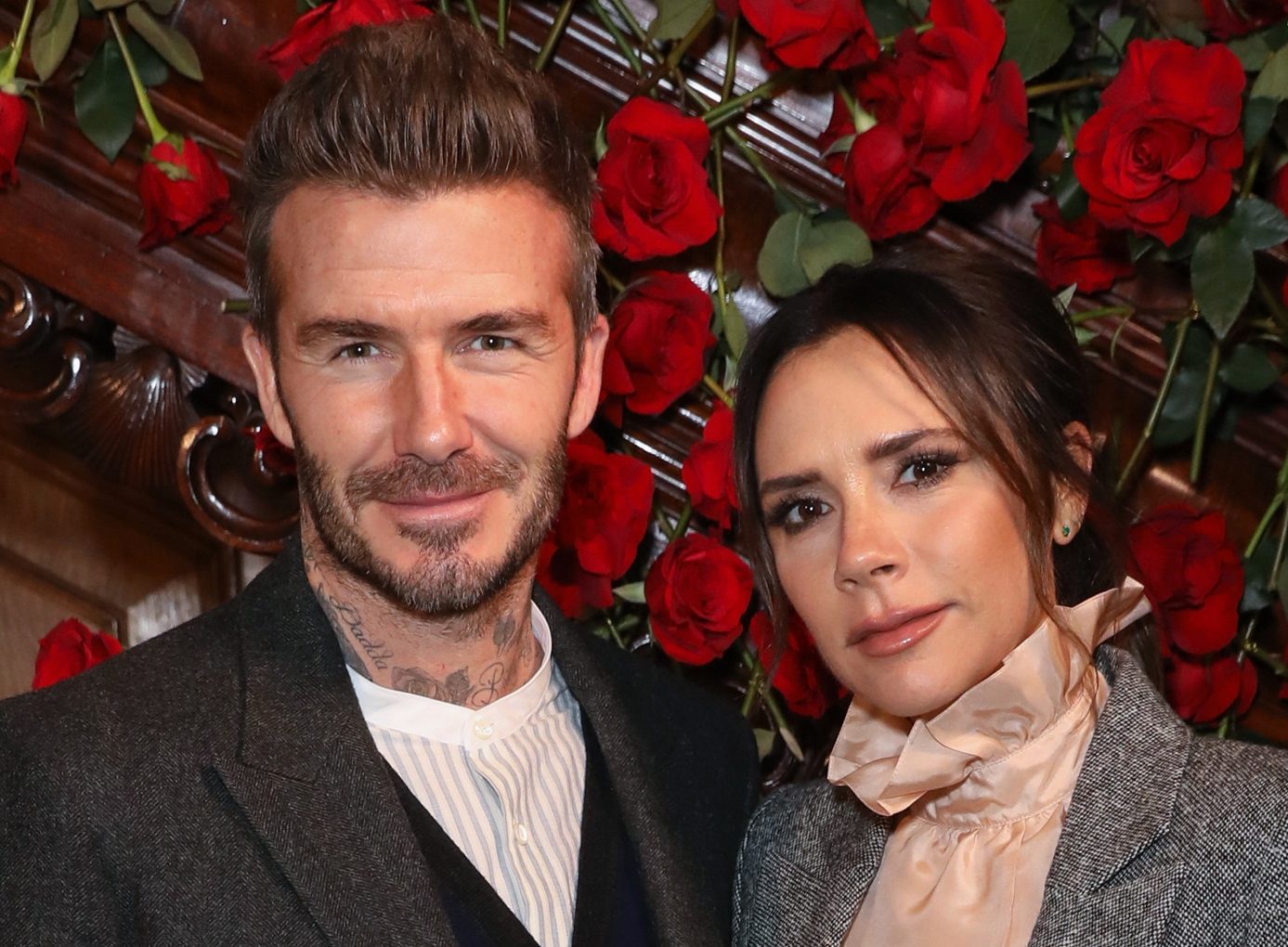 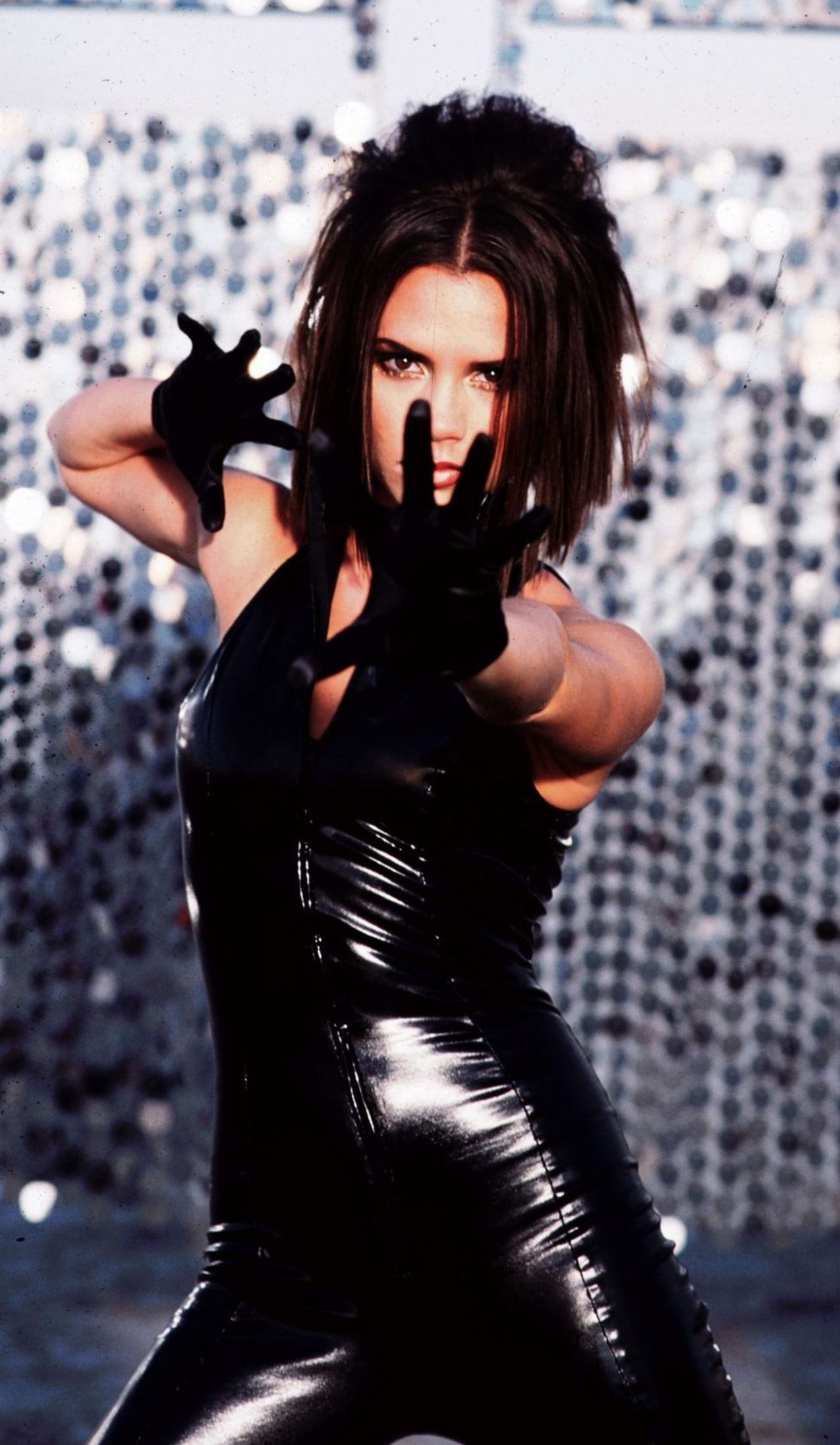 Thanks to handsome David’s broad smile and blond highlights, she chose to dress as a Red Devil.

But it was not until 1997 that they met at a charity ­football match at Old Trafford. According to ­Victoria, it was “love at first sight”.

In an interview with fashion bible Vogue, she recounted their meeting in a letter she wrote to her younger self, which read: “He’s going to ask for your number. (He still has the London-to-Manchester plane ticket on which you wrote it.)”

Not only did David keep the ticket, he also ran home and wrote the number “on about half a dozen other bits of paper and left them in different rooms, just in case”.

Despite Victoria already having a long-term boyfriend called Stuart Bilton, the smitten pair arranged to meet in secret the next night.

It was, in David’s words, “not the most romantic of first dates” as they  met in a car park with no idea where to go next without being spotted by fans or paparazzi. 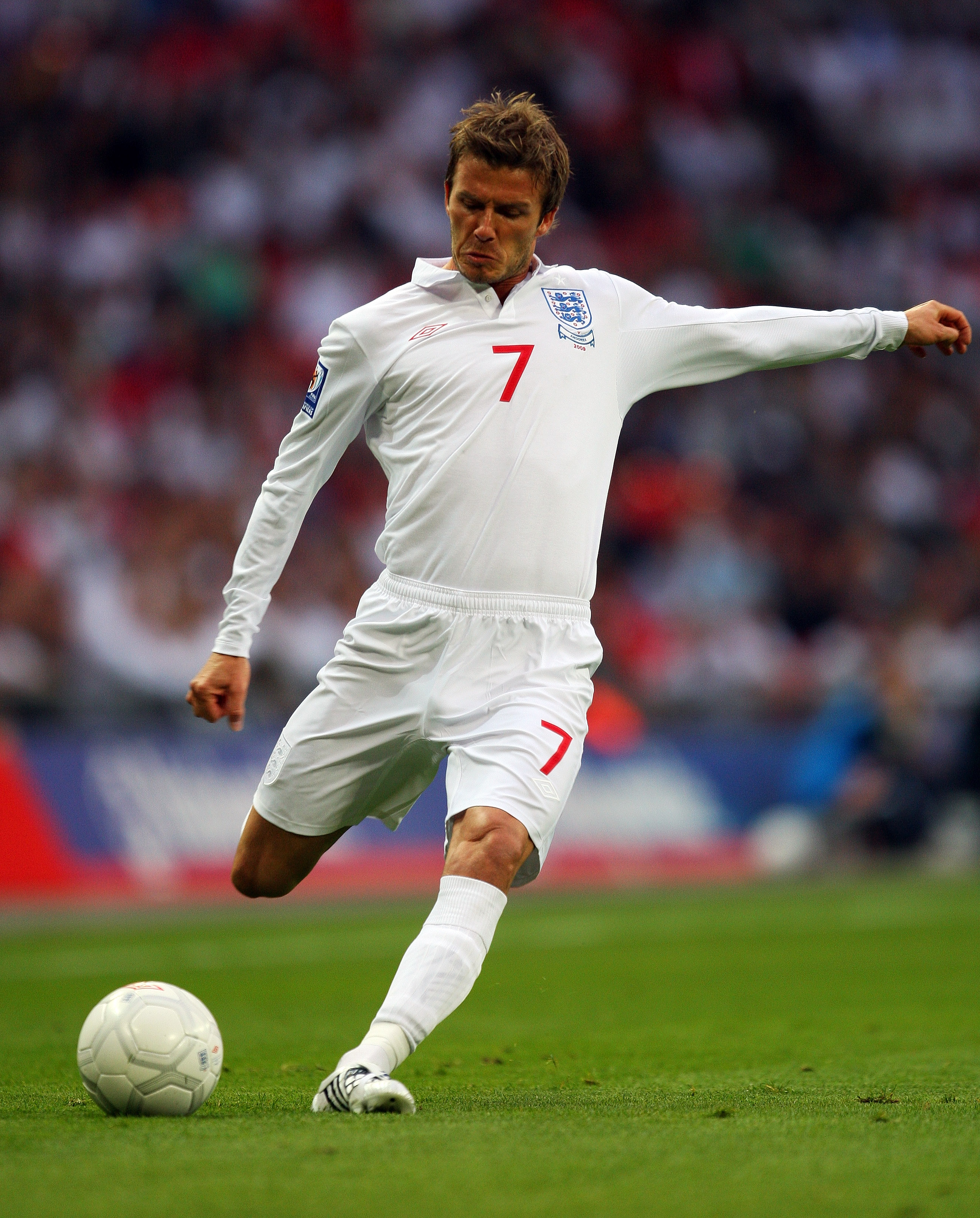 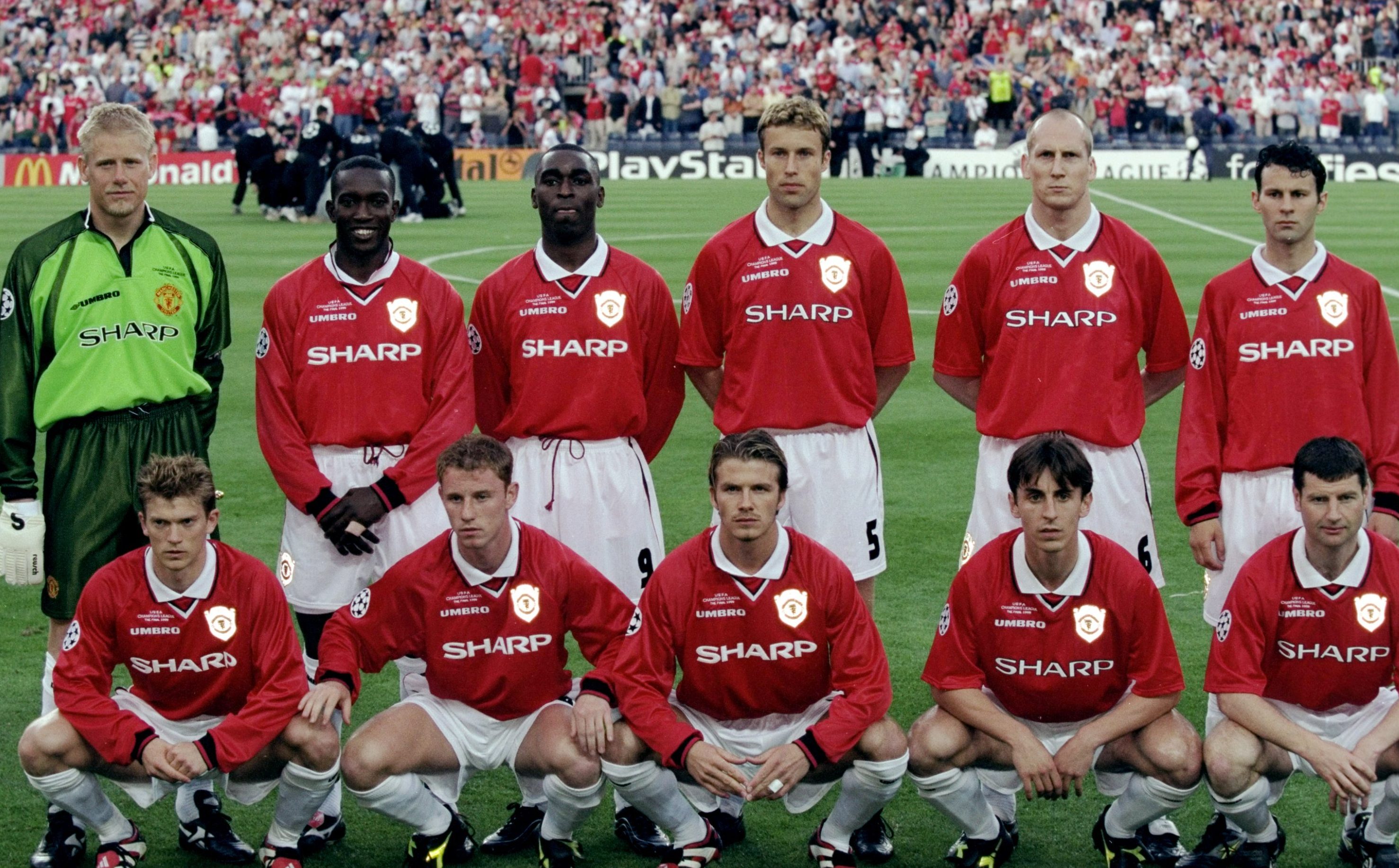 They found an empty Chinese restaurant but were chucked out when they did not order a meal.

On the drive home they realised they were meant to be together, with David later saying: “Love at first sight? No, it was happening quicker than that.”

Victoria told Stuart it was over and, for their second date, drove to another car park to meet her new love. There, in her purple MG car, they shared their first kiss.

The next morning Victoria received two deliveries. The first, a bunch of flowers, card and cuddly toy, was from Stuart, begging her for another chance. The second, “a huge bunch of red roses wrapped in enough cellophane to double-glaze a greenhouse” and a black Prada handbag, was from David.

The football ace had won his Spice Girl.

Their whirlwind romance continued and they got engaged on January 25, 1998. David  proposed with a three-carat £65,000 marquise cut diamond ring. She accepted immediately. 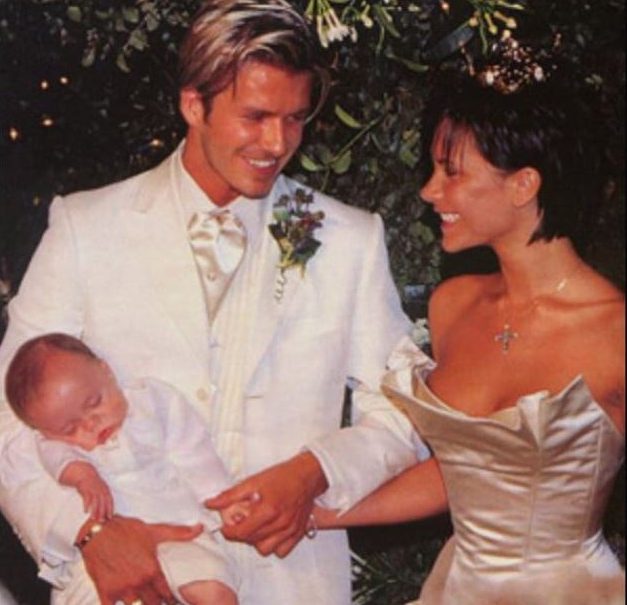 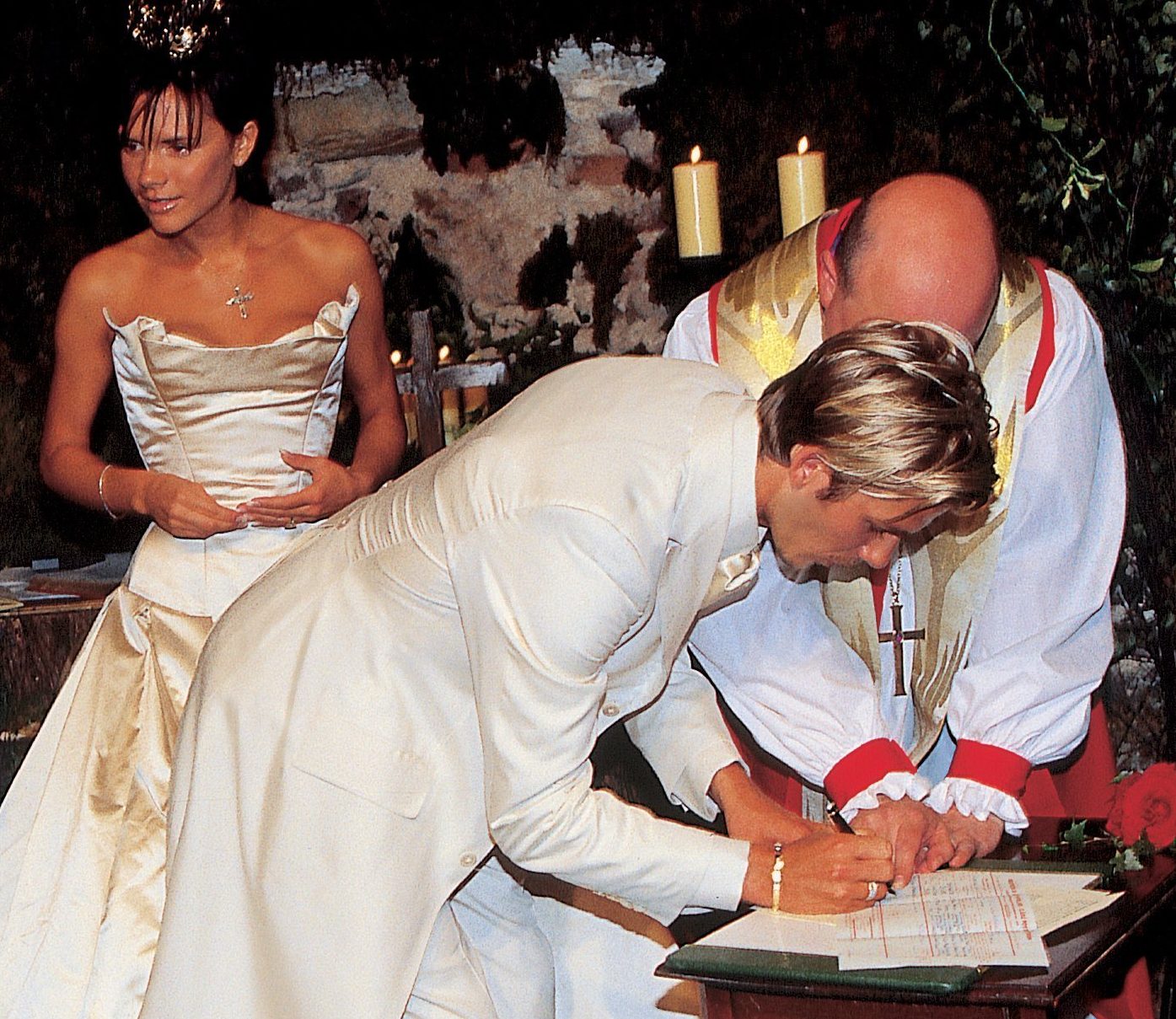 Before the pair were married, they conceived their first child, Brooklyn. Posh was on tour in the US  when she took a pregnancy test, with David taking part in England’s 1998 World Cup bid.

After finding out that he was going to be a dad, David recalled: “I went to the tiny toilet on the team coach and just jumped up and down hugging myself.”

But it was while Victoria was pregnant that rumours about David’s fidelity started.

First an ex-girlfriend sold her story and revealed their sex secrets. 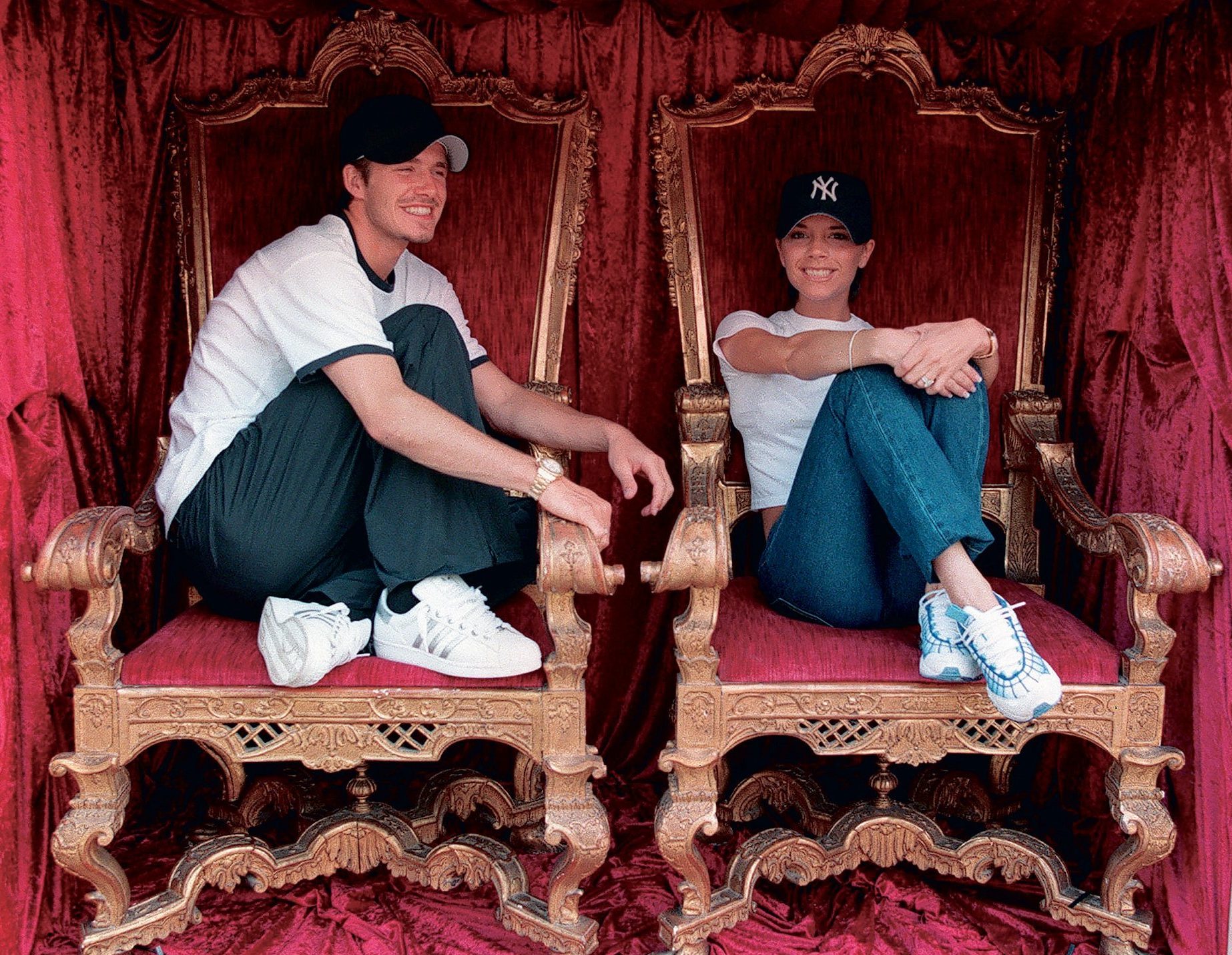 Then, two days later, David rang his pregnant fiancée to tell her that another girl was going to claim they had had a relationship.

When David got home, Victoria punched him.  She wrote in her 2001 autobiography Learning To Fly: “I hadn’t planned it. I hadn’t punched anybody before. Just instinct. I hit so hard I cut the inside of his mouth.”

Eventually, Posh believed David’s protests of innocence and they ploughed on with the wedding.

Brooklyn Joseph, the first of their three sons, was born in March 1999, before their lavish ceremony in an Irish castle that July.

Victoria, who had maintained her gym membership, looked slimmer than ever when she walked down the aisle at her £500,000 wedding.

It was the early days of Brand Beckham but the duo were already raking in the big bucks, having been paid £1million for the rights to the bash by OK! magazine.

The next big milestone in their relationship was the birth of Romeo James Beckham, delivered on September 1, 2002.

The demands of a growing family and being one half of the most famous celebrity couple in the country saw the demise of David’s relationship with United manager Sir Alex ­Ferguson. David went on to sign for Spanish giants Real Madrid for £25million. 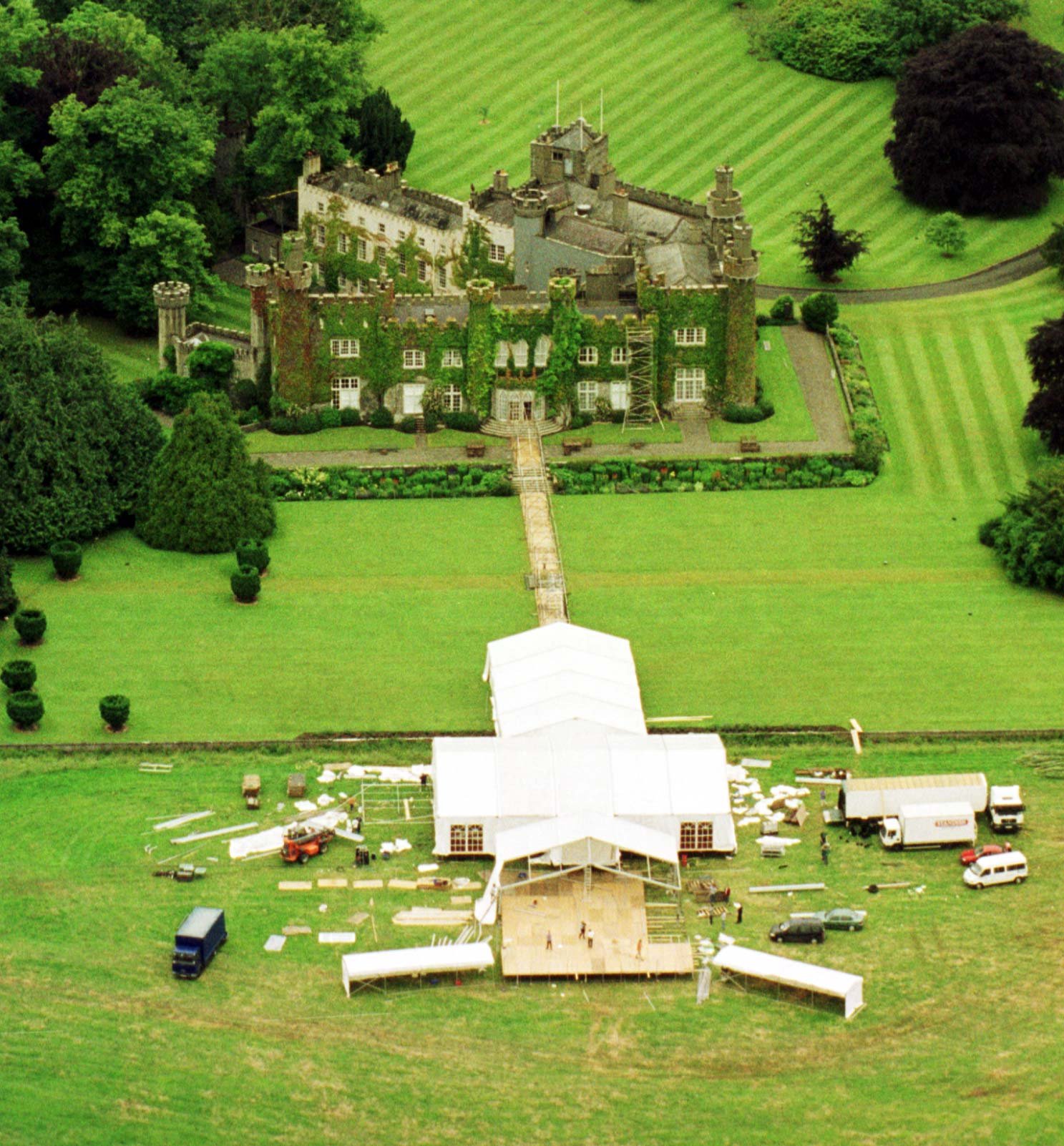 But Posh was reluctant to spend much time in Spain and David became lonely. In 2004, the News Of The World revealed his closeness to his PA, Rebecca Loos, now 42, who later admitted to a full-blown affair with him. Rebecca said: “I thought I was special . . . now I know how wrong I was.”

It was a reference to the other women who then came forward to insist that Rebecca was not the first woman David allegedly cheated with.

Posh was furious about the rumours and reportedly lashed out at David again in ­private.

In public they were united. They announced they were having another baby and on February 20, 2005, third son Cruz was born in Madrid. The Beckham union looked stable once more.

By 2007, they were heading for Hollywood, with David signing for LA Galaxy. The US lifestyle suited ­Victoria, with the family hanging out with A-listers including Tom Cruise, 56, and Will Smith, 50.

The Galaxy deal was worth £128million  — the Beckhams had hit the stratosphere and spent £18million  on an Italian-style mansion.

The money kept flooding in. In May 2008 Victoria realised she had truly “cracked America” when she and David were invited to the Met Gala in New York City. Fragrance launches and Victoria’s New York Fashion Week debut followed.

Their ascension to the top of the A-list ­continued in the UK, attending Prince William and Kate’s wedding in 2011. 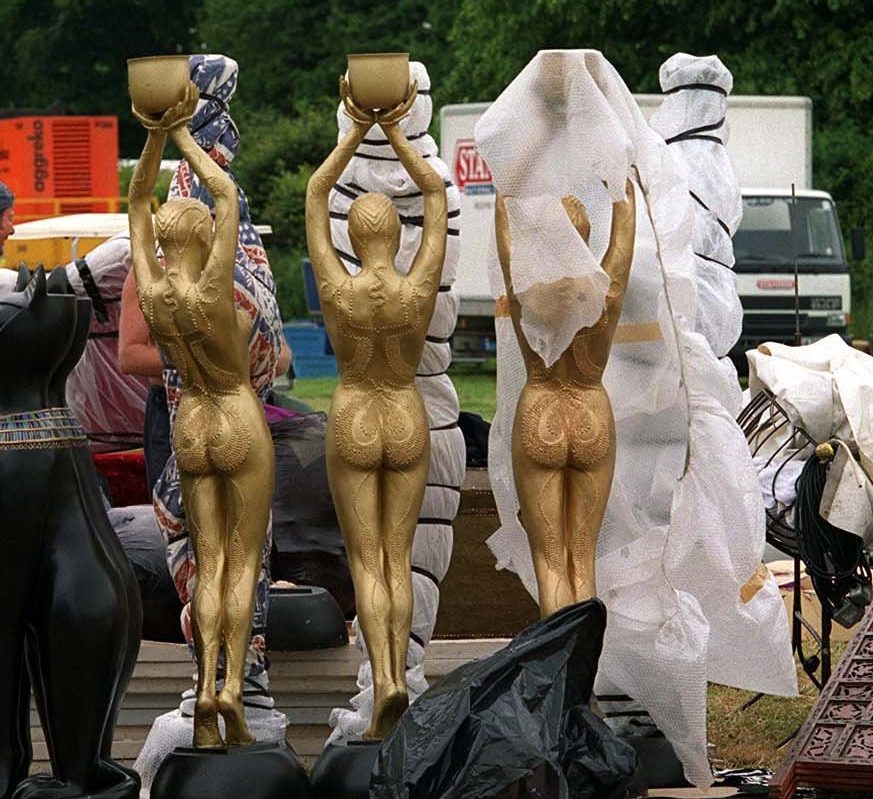 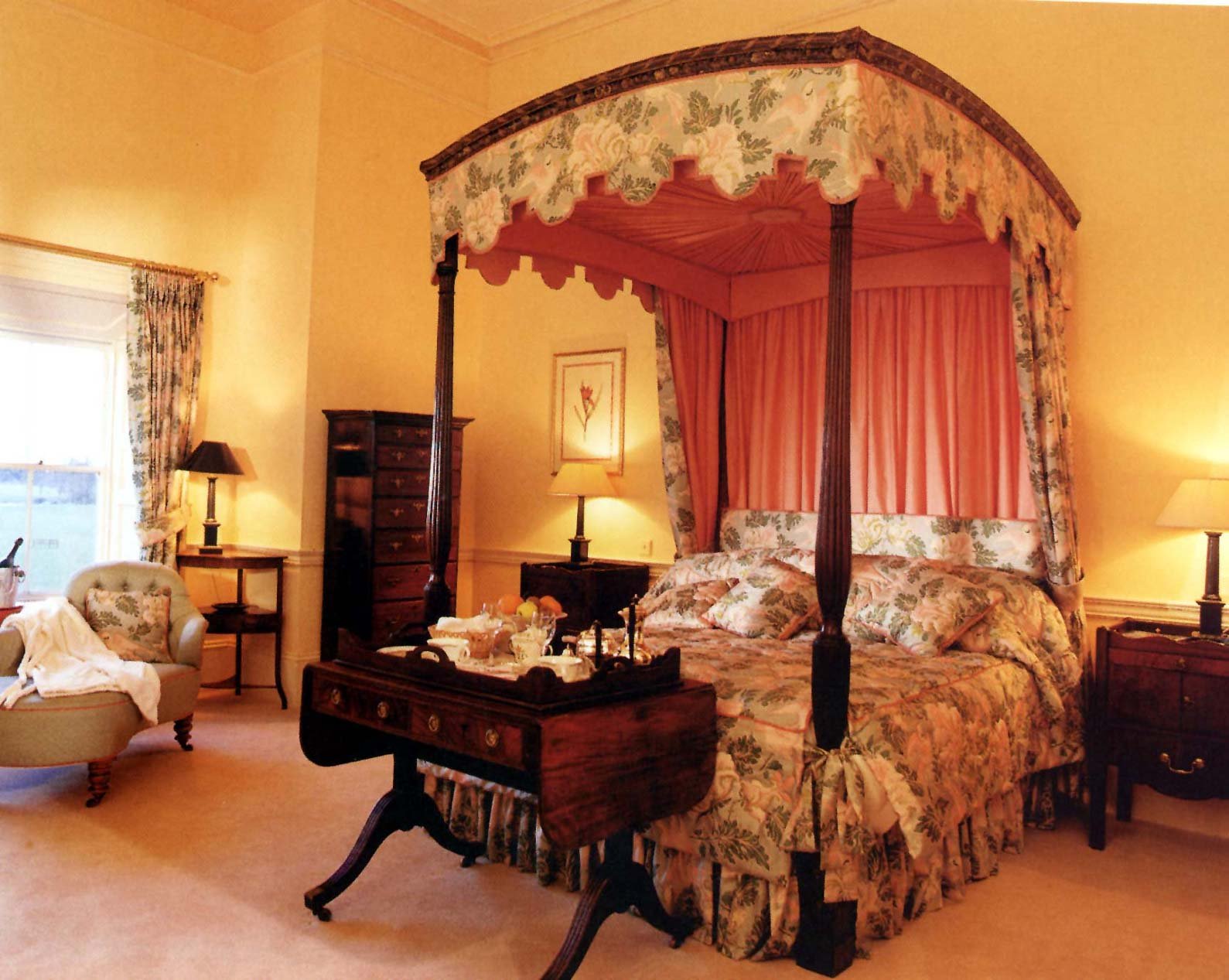 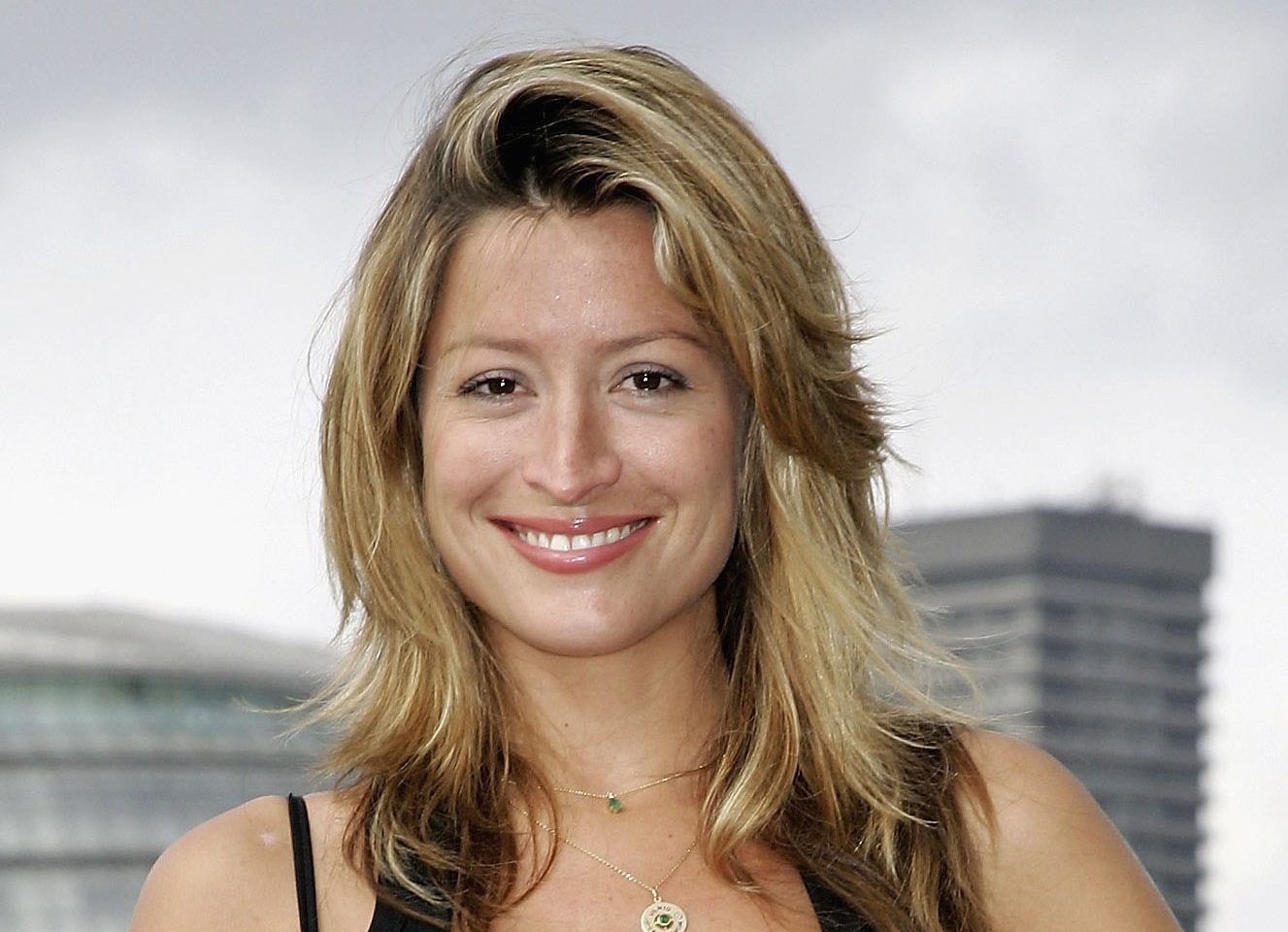 The couple were also on the way to getting the only thing still missing from their lives — a daughter. Harper Seven was born on July 10, 2011, in LA.

By 2014, the six-strong clan had sold “Beckingham Palace” in Herts for £11.5million and, with Posh’s fashion empire and David ­signing for French side PSG, bought a £31.5million home in West London.

They renewed their wedding vows but rumours persisted about David’s dalliances.

Just a couple of months ago, there was more gossip about his relationship with supermodel Helena Christensen, 50.

Whatever cross words occur behind closed doors, Victoria and David remain at the top of society’s guest-list.

In May last year they  attended Prince Harry and Meghan’s wedding in Windsor Castle.

It looks like nothing can break up Brand Beckham.

Whatever happened to the wedding wonders?

IT was the most over-the-top and spectacular celebrity ­wedding the world had ever seen – reported to have cost £500,000 at the time.

Here we look at the major players who made Posh and Becks’ big day one to remember. 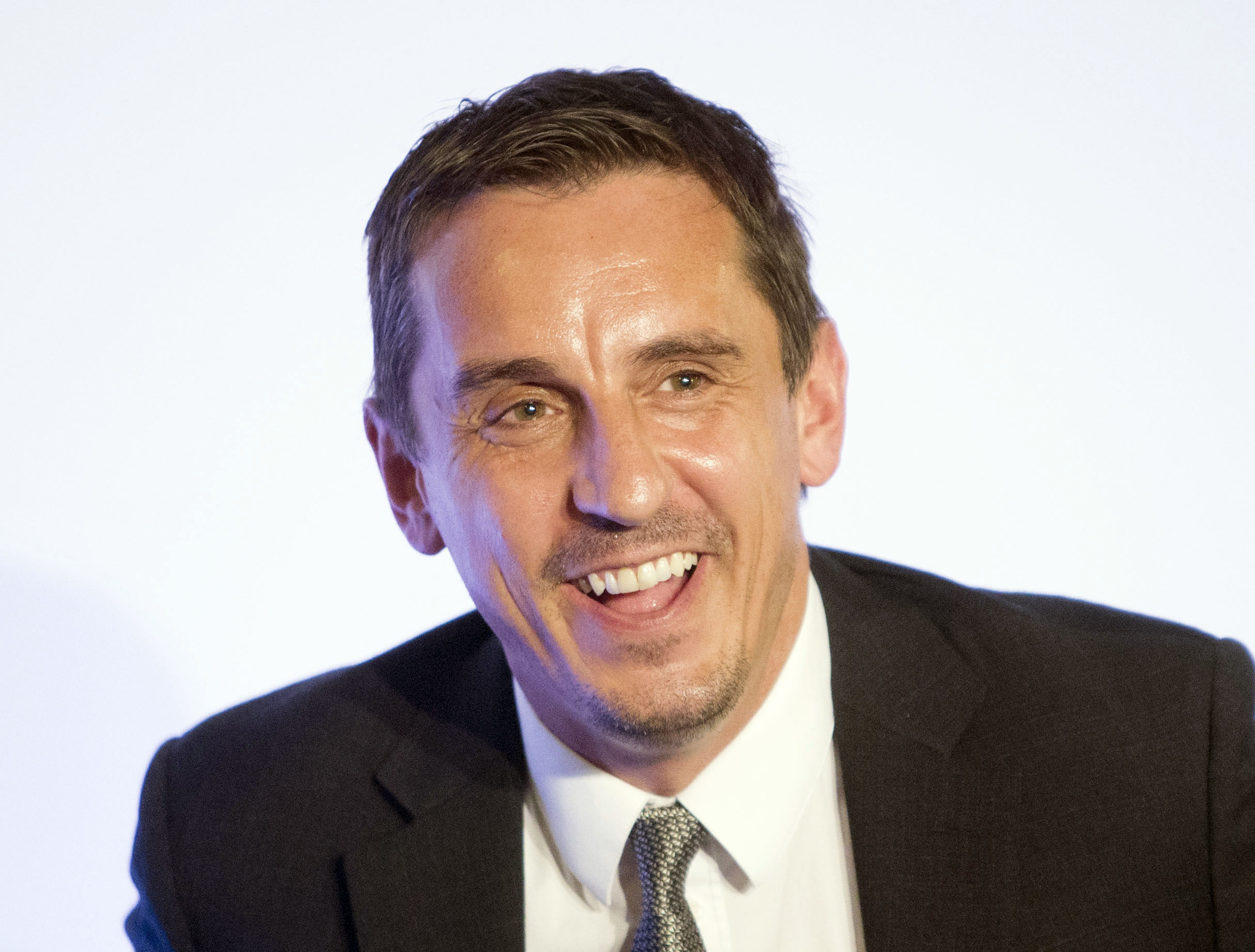 GARY has been David’s best friend since they were at Manchester United as part of boss Sir Alex Ferguson’s famous “Fergie’s Fledglings” in the early 90s.

Unlike David though, Gary spent his entire career playing for the Red Devils up until his retirement in 2011.

Since then he’s worked as head coach for Valencia, and was assistant manager for the England team from 2012-2016.

He is also co-owner of Salford City along with his brother Phil, Nicky Butt, Ryan Giggs and Paul Scholes.

These days, though, he’s best known for his punditry having appeared on Sky Sports and ITV. 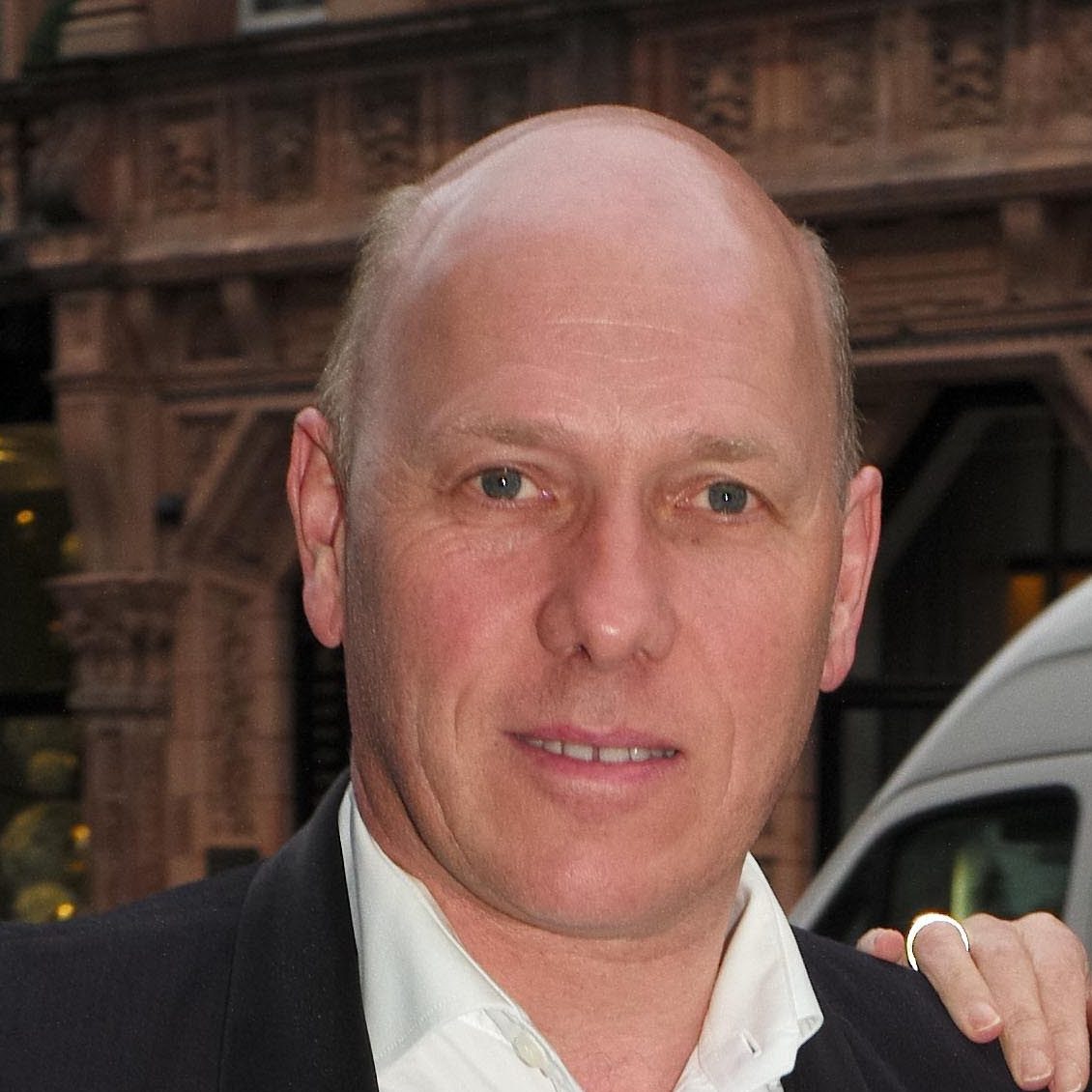 THE incredibly posh sounding Peregrine was the Beckhams’ go-to man back in 1999.  Since then he’s continued to work for the rich and famous, recently planning Prince Eugenie’s Windsor wedding.

He has also been responsible for the nuptials of Sir Elton John and David Furnish, John Terry and Toni Poole, and Mike Tindall and Zara Phillips.  Well connected to say the least, Peregrine is the half-brother of the late Lord Snowdon.

This week he spoke to the Sun on Sunday and said: “I was lucky enough to have been asked to plan David and Victoria’s special day in Ireland 20 years ago – one of the stars was Paul Colton, the Bishop of Cork, who took the ceremony in a 15th Century Irish  stone folly next to a crystal clear stream.

“I know that the Bishop sends his blessings to the family and everybody who was involved joins the Bishop in sending our congratulations.”

VICTORIA’S iconic wedding dress might have been a freebie from Vera Wang, but it was world-class corsetier Mr Pearl, real name Mark Erskine-Pullin, who made the corset.

Earlier this year he and Thierry  worked together to create the flesh-coloured latex corset dress Kim Kardashian wore to the Met Gala. It took eight months to create. 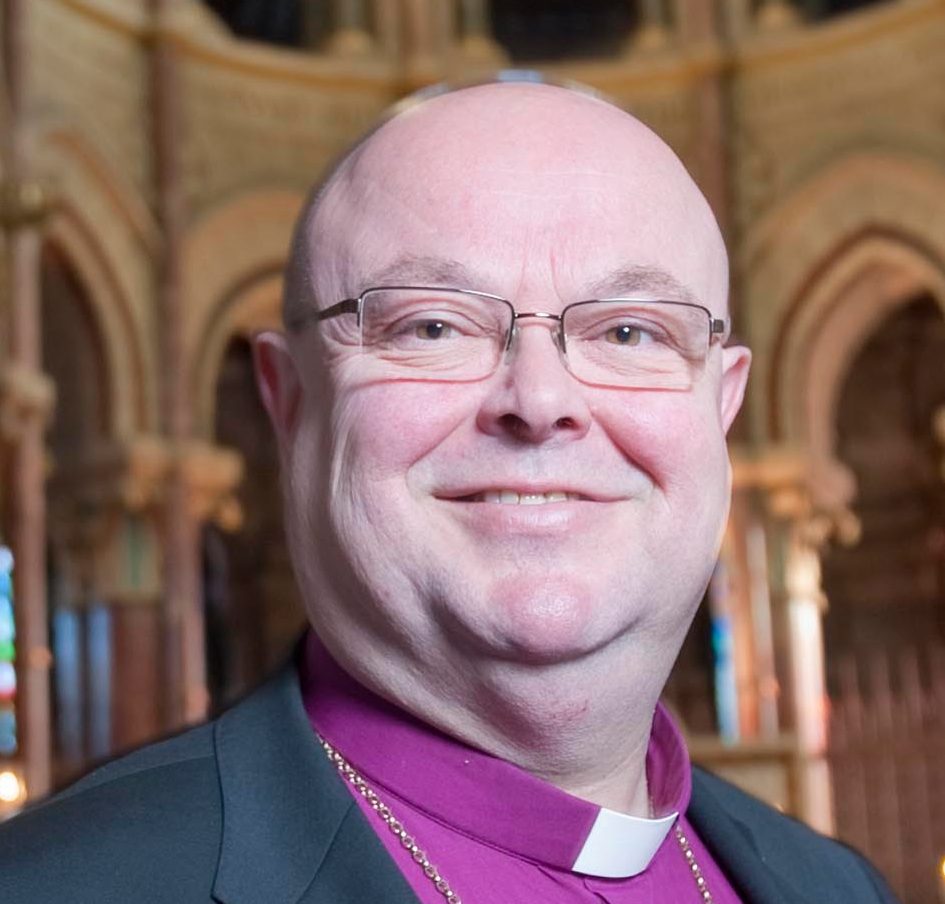 THE Bishop of Cork, Cloyne and Ross, Dr Colton was delighted to marry Victoria and David back in 1999 – especially as he is a huge Manchester  United fan.

Officiating at the wedding earned him the nickname Purple Spice from other bishops.

Speaking about the wedding, he said: “I told them what really matters is what is in their hearts. In my eyes, every couple is a celebrity on their wedding day.” 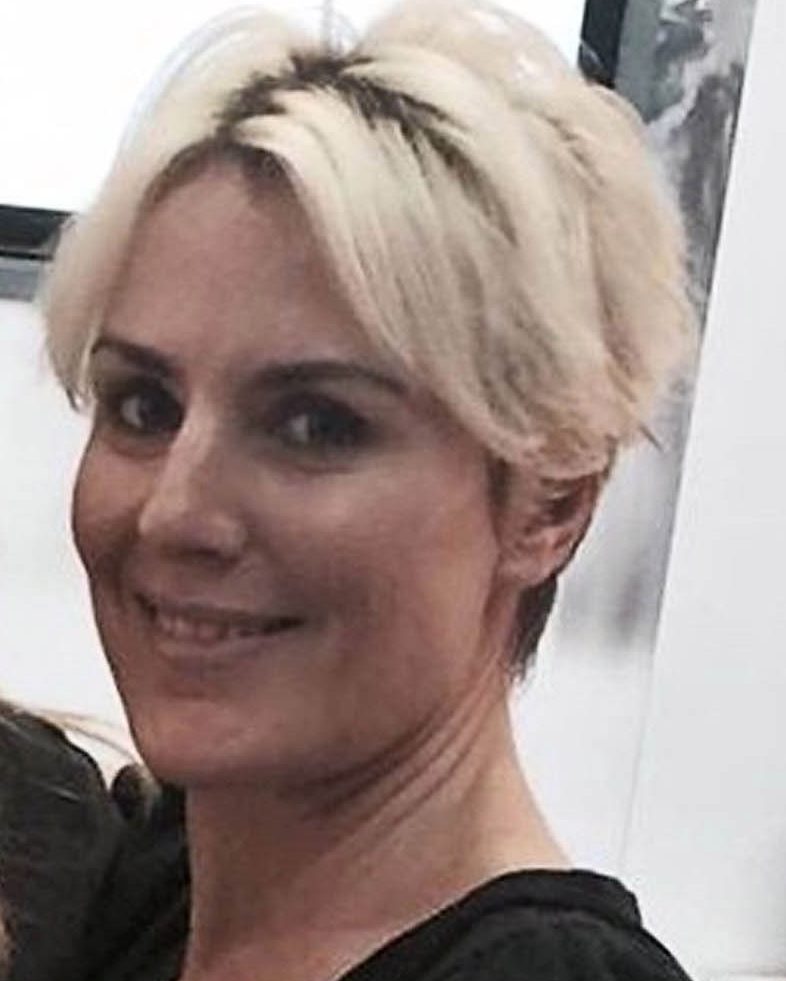 ONE of Victoria’s closest friends, Maria-Louise was on  hand to do her make-up on her wedding day and the pair  are still in touch.  Maria-Louise appeared on Victoria’s 2007 TV show Victoria Beckham: Coming To America.

These days Maria-Louise is the director of upmarket waxing chain Strip along with her sister Danielle. But Posh – who  once famously said Brazilians should be compulsory at 15  – is a frequent visitor to their salons as is fellow wag and TV presenter Christine Bleakley.

28 Feb 21
Saturday Night Live opened with an Anthony Fauci-hosted game show, So You Think You Can…
TV & Movies
0