In a shake-up to the weekend schedule, BBC Breakfast hosts Charlie Stayt and Naga Munchetty will be replaced by Jon Kay and Rachel Burden as they swap the news studio for the kitchen. The pair will join Matt Tebutt on Saturday Kitchen to talk about their friendship on screen and taste some delicious dishes cooked up by Yotam Ottolenghi.

Matt and chef Yotam are joined by special guests Naga and Charlie on Saturday morning for the latest instalment of the popular BBC cooking show.

There will also be moments from the BBC food archive, including clips from Rick Stein, Keith Floyd, Nadiya Hussain, Sam Evans and Shauna Guinn, and drinks expert Helen McGinn joins via video link to pick the wines to go with the studio dishes.

Teasing what viewers will see, Naga admitted she won’t be behind the hob as she’s banned from cooking.

“Naga is not here, I’m here with Rachel tomorrow morning because you and Charlie are on Saturday Kitchen tomorrow,” Jon remarked. 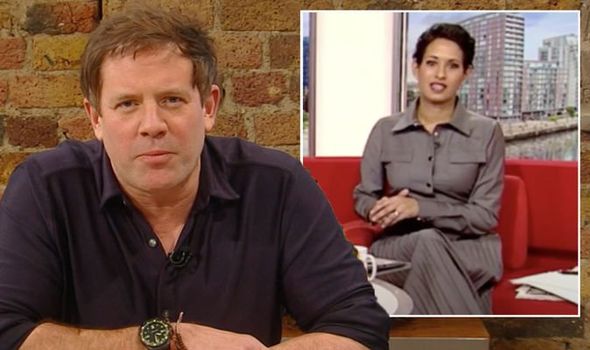 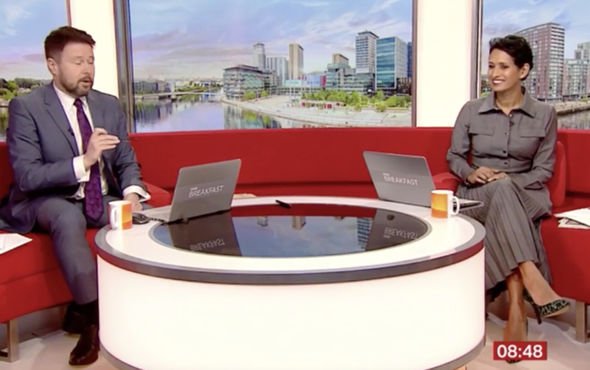 Naga replied: “Yeah I’m really excited!” as her co-host asked: “Are you cooking or?”

“Covid resections and well yeah, both,” Naga laughed. “Talking of taste and decency, here’s a man who always upholds that on this programme. Hello Matthew.” 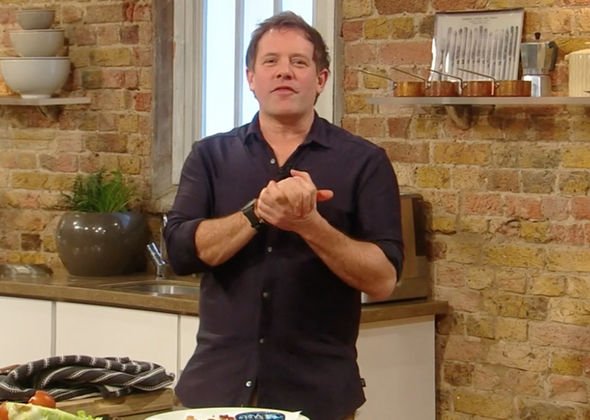 The pair then turned to weather presenter Matt Taylor who updated viewers on the latest forecast for the weekend.

Earlier on BBC Breakfast, Naga refused to help out Jon when he mixed up his wife with a story they were discussing.

“The BBC News website has a story about a man whose wedding ring fell into a pile of rubbish in a 10ft container at a tip,” Naga began.

“Fortunately for James Ross, it was found, unsurprisingly, caked in grime. I think that’s a nice way of putting it, who knows what it was caked in.

“[It was found] by staff at the tip after they sifted threw mounds of rubbish to find it. That’s going to be one very grateful man.”

“Apparently James told the BBC that he was dreading, because of it was Valentine’s Day, he was dreading going back home and saying to my wife, ‘Not only have I…,” he continued before trailing off.

Jon quickly corrected himself: “Not my wife, his wife and telling her…”

“This is going down a whole different avenue isn’t it,” Naga laughed.

Her co-host continued: “Let’s move on, let’s look inside, they thought it was a washer they had found at the bottom of the skip but it was the ring inscribed.”

As he tried to move on he begged: “Help me!” but Naga replied: “Help you? No I just thought I’d let you keep digging.”

BBC Breakfast airs daily on BBC One at 6am.