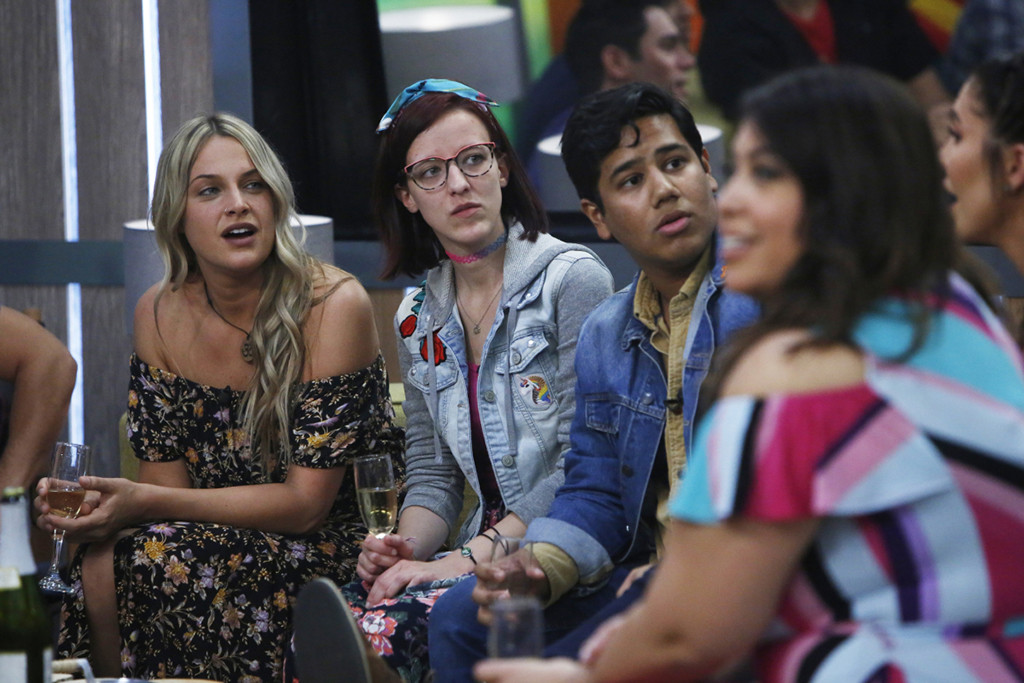 After being named Camp Director in Tuesday’s premiere, Jackson had to choose four people to “banish” from the house, who would then have to compete to stay in the house. As Jackson made each of his picks, a giant squirrel entered the Big Brother house, threw a bag over the banished houseguest, and literally dragged them out of the house.

Jackson had picked David as a sort of pawn, thinking he’d easily be able to win whatever the challenge was, but then the challenge ended up being one that had nothing much to do with fitness or strength. The four banished houseguests—Cliff, Jess, Kemi, and David—all had to feel their way through a completely dark forest, searching for signs for the real Camp BB, as opposed to decoy signs for things like “Camp Bee Bee,” which was filled with honey.

One part of the forest was also filled with scary clowns, and there were feathers, and a pancake slide into a pool of syrup, and in the end, Cliff, Kemi, and Jess all made it back, and it was “pawn” David who was evicted…”for now,” as Julie Chen said.

Back in the house, Christie and Tommy finally got a moment to connect over the fact that Christie had recently been dating Tommy’s aunt for the past seven years. He reminded her she can’t call him Thomas, and they promised to have each other’s back.

Then, Christie found herself in a massive six-person alliance with Jack, Jackson, Nick, Holly, and Bella, and it came down to Christie and Tommy still hanging onto their slimy spinning logs in the Head of Household competition. Christie ended up winning, so she’ll get to nominate the first two houseguests on the block.

Before she signed off for the night, Julie teased something called the “Whacktivity Comp,” with a “game-changing secret,” and then revealed that while David might be out of the game, we haven’t seen the last of him.

“Something that has never happened before on Big Brother will happen live next Wednesday,” she said. 5 Apr 21
Each product has been independently selected by our editorial team. We may receive commissions from…
TV & Movies
0 13 May 20
No cause of death was given Amy Sussman/Getty Images Beckett Cypher, singer Melissa Etheridge’s son,…
TV & Movies
0