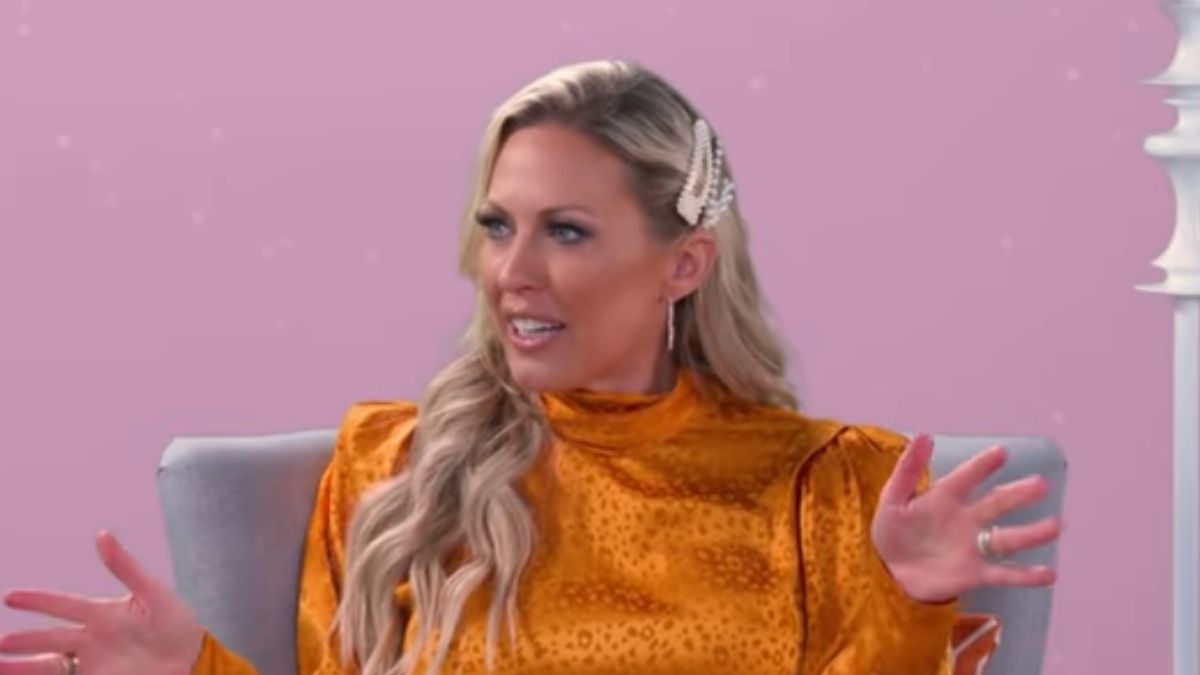 After revealing that she’s been struggling with alcoholism and seeking help, Braunwyn has fallen out with many of her Real Housewives of Orange County co-stars.

With her patience wearing thin, Braunwyn is setting the record straight on another issue after fans come at her for using nannies to help raise her children.

This comes just days after her Real Housewives of Orange County co-star Kelly Dodd called Braunwyn a “loser” and a “poser.”

Braunwyn tried to clear the air on Instagram Live

Taking to her Instagram, Braunwyn went live to talk about her two nannies, Liz and Melissa. She enlisted the help of her two-year-old daughter Hazel to explain why the family has two nannies.

Braunwyn asked Hazel to introduce her two nannies and then turned her phone to face them so that her followers could see their faces.

“Mommy is getting a lot of flack for having two nannies,” Braunwyn joked. “That’s really kind of funny. Is [Melissa] here in the morning? Yes.”

“Liz is in school, she’s a full-time student. And so, her schedule did not always work with my work schedule,” she explained.

She then continued to share that she met Melissa while getting her hair done for the show. Melissa was sick of her job at the time and so she came to nanny for Braunwyn.

Braunwyn explained her nannies schedules and expressed thanks for them

“So, Melissa comes in the morning. She’s here from seven to two. And then Liz is here from two to seven. Liz was the one you saw putting the kids to bed,” Braunwyn said.

She then read a follower comment aloud that says she doesn’t owe an explanation to anyone.

“Well, it turns out I do,” she said. “Everyone thinks that I don’t raise my kids.”

She shared, “Although yes, we have two nannies, they’re not here at the same time. They’re here right now because this is the two o’clock trade-off.”

The conversation then turned to Braunwyn’s followers when she asked them if they have any questions for Melissa and Liz. As the questions came in, Braunwyn also explained that the two women were feeling frustrated at being referred to as “the nannies” because they’re actual people.

To drive this point home, Braunwyn also explained that Melissa’s husband just recently completed cancer treatment, and therefore, no one should have an opinion on her job.

Are Braunwyn and Sean having more kids?

Braunwyn says that she’s thankful to have Melissa and Liz because they help her and her family find balance.

In the comments section of the video, fans continued to ask questions about the family. One follower asked Braunwyn if she and her husband Sean Burke plan on having more children.

“Are [you] planning on more children?” asked the comment. 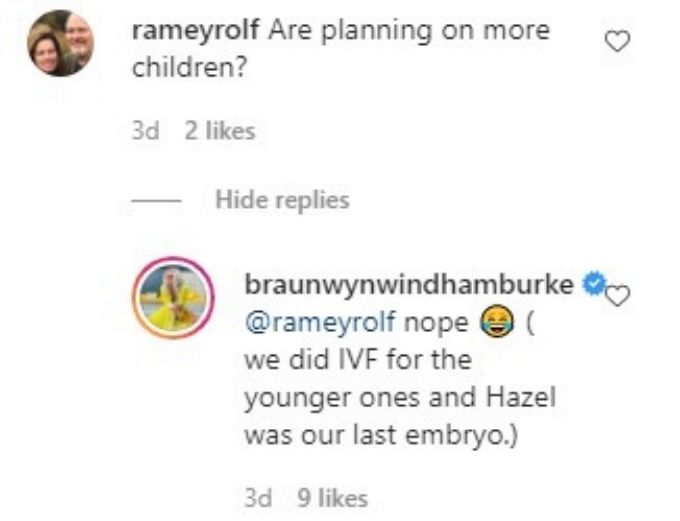 In response, Braunwyn wrote, “Nope [laughing emoji] (we did IVF for the younger ones and Hazel was our last embryo.)”

It seems that Braunwyn and Sean’s family is as big as they need it to be, and they’re lucky not to have to do it on their own.