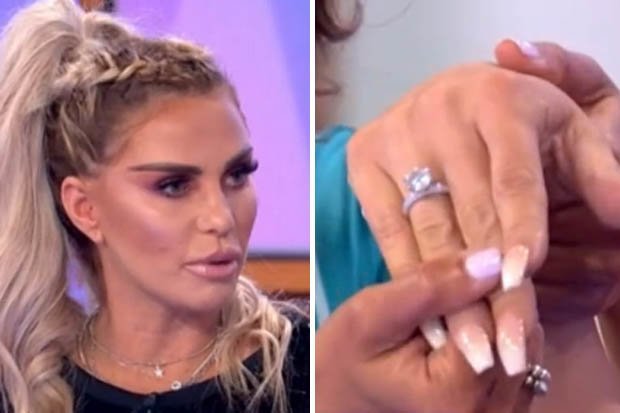 The model and TV personality teased she had a “big announcement” before going on the ITV show.

And it was certainly a that, as she dropped the bombshell.

Katie, 41, showed off her sparkler to the Loose Women cast as she revealed the news – saying Kris, 29, had bought her the ring.

If there were to marry, Kris would be Katie’s fourth husband.

The mum-of-five recently joked about getting engaged to Kris.

She said on social media to Kris recently: “There’s no ring on my finger, no no no, but you said you were gonna propose to me.”

As well as wedding bells, Katie teased there could a baby bombshell for the pair too.

She told the Loose Women today that she’d like to have another child.

Katie’s going to have her own army of kids soon.