Who's in the cast of Channel 4 drama It's A Sin?

Netflix is still yet to officially announce the renewal of Bridgerton despite the drama’s global success following its release on Christmas Day. Nevertheless, it hasn’t stopped fans eagerly anticipating what may lay ahead for the likes of Daphne Bridgerton (played by Phoebe Dynevor) and Simon Basset, the Duke of Hastings (Rege-Jean Page) following their whirlwind marriage in season one. Shedding some light on the situation is none other than fan favourite star Nicola Coughlan, who plays Penelope Featherington.

Penelope was also involved in one of Bridgerton’s most talked about storylines from season one away from Daphne and Simon’s marriage.

After all, she was disgusted at how Marina, who had fallen pregnant out of wedlock, was hoping to manipulate Colin into marriage and raising the child as his own.

Of course, the mysterious Lady Whistledown ended up exposing all in her daily gossip column, leaving plenty of drama undoubtedly on its way. 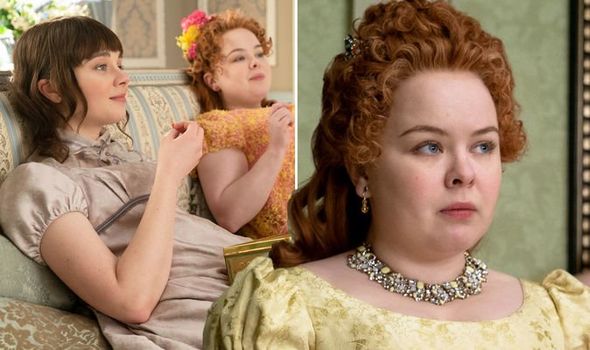 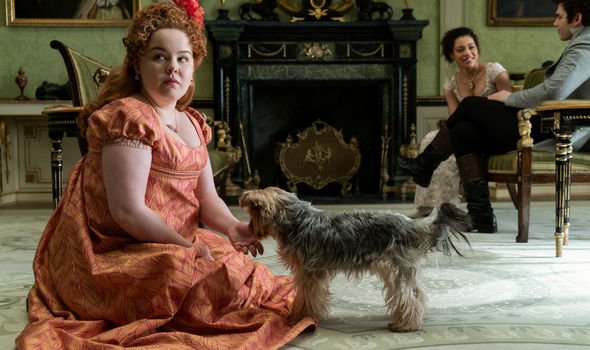 But will Penelope’s story continue in season two should Netflix renew the hit drama?

Speaking to TVLine, actor Coughlan addressed the rumours directly – including speculation that a filming date has already been set.

“They’re keeping everything super, super secretive so I don’t really know yet,” she told the publication.

Coughlan continued: “Trust me, the cast, we’ve been speculating heavily. 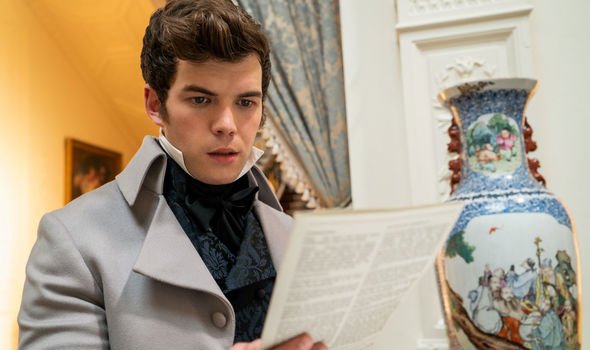 “I text Claudia Jessie (who plays her onscreen bestie Eloise) a lot and ask, ‘What do you think is happening?’

“I’ve been speculating a lot about storylines and just trying to apply logic where I don’t know if logic works.”

So while it seems like the entire cast is still in the dark about a second season, there are a number of signs which suggest fans can expect season two.

Following its debut on December 25, Bridgerton is expected to be one of the streaming service’s biggest launches to date, airing in a predicted 63 million homes.

And the bookmakers have already slashed odds on Netflix renewing the period piece for another run.

With odds of 1/3 for a renewal, Ladbrokes spokesperson Jessica O’Reilly said: “With tens of millions of views since its launch on Christmas Day, it looks like a no-brainer for Netflix bosses when it comes to renewing Bridgerton for a second series.”

After binging the entire series in a matter of days after its release, the consensus among fans too echoes the thoughts of the bookmakers.

“I just finished watching #Bridgerton and I regret watching it only for 3 days…,” said one fan on Twitter. “Need Season 2 now.”

A second concurred: “Bridgerton has 100 percent got to be one of the best things I’ve watched in a long time. There better be a season 2!!”

“I NEED SEASON 2 OF BRIDGERTON TO COME OUT NOWWWWWW!!!” added a third, while a fourth weighed in: “Wish I would unwatch Bridgerton so I could experience again how good it was watching it for the first time, can’t wait for season 2.”

Fans will have to keep their eyes peeled for if and when Netflix does decide to renew the hit drama.

Bridgeton is available to stream on Netflix now.

SEVENTEEN is a K-pop group made up of 13 members with different backgrounds and personalities. As such, a lot of... Prince William hears how care home residents are crying with joy and applauding one another after having the COVID-19 vaccine...