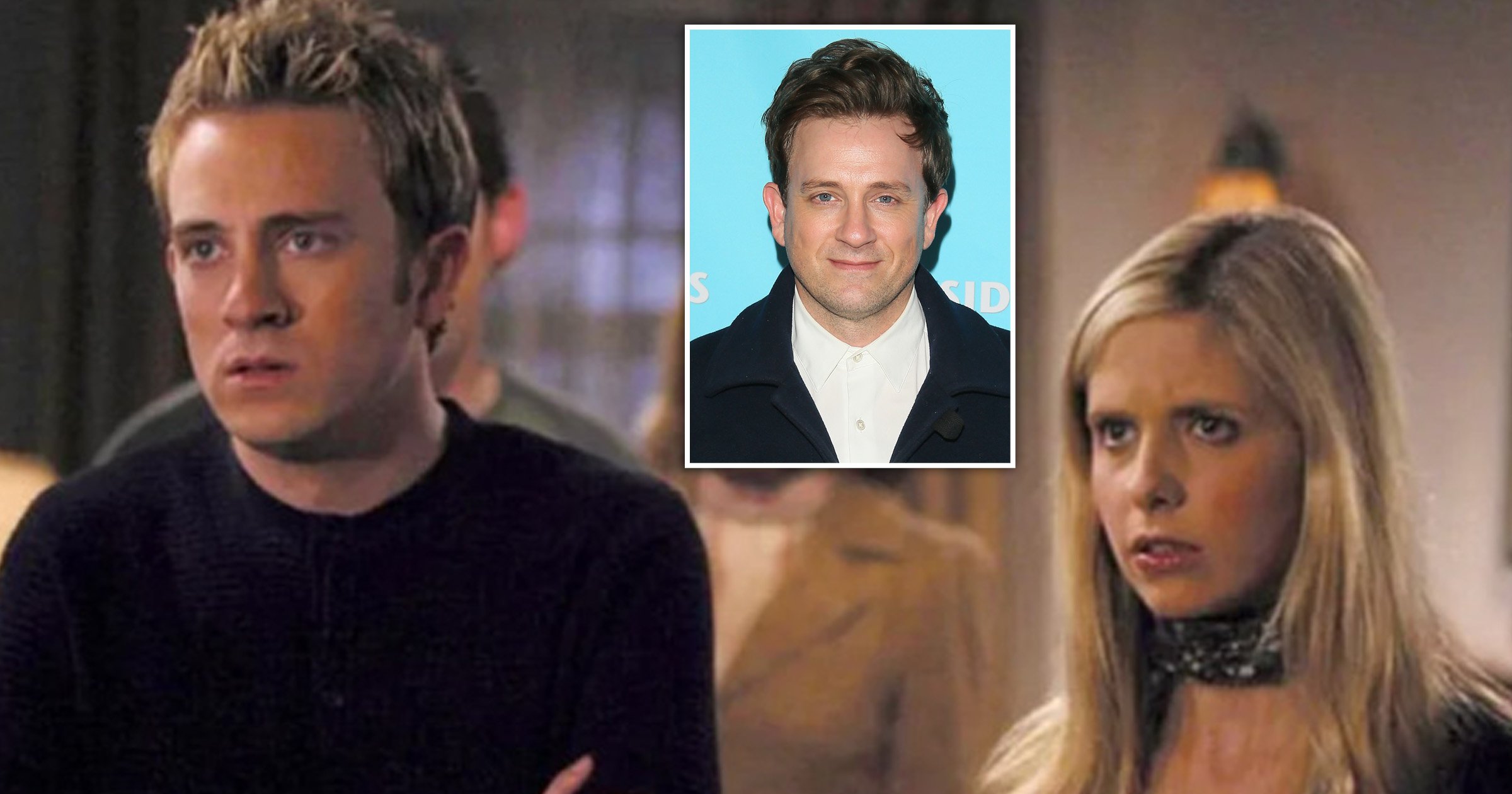 Buffy the Vampire Slayer star Tom Lenk has recollected the time Sarah Michelle Gellar stood her ground to support him during filming, saying it ‘set the tone for how I want to treat other people when I’m working’.

From 2000 to 2003, Tom played the role of Andrew on the cult supernatural drama, going on to reprise the character in the 2004 spin-off, Angel.

The actor, who’s currently starring in the play Lottie Plachett Took A Hatchet at Assembly Roxy at the Edinburgh Fringe Festival, joined the cast from season six, several years after it premiered in 1997.

While speaking to Metro.co.uk, he emphasised the significant influence Buffy star Sarah had on him when he made his debut on the show, as he ‘learned a lot from her about what it’s like to be professional’.

On one particular day, Tom’s ‘big crime scene’ – which was originally scheduled to be filmed days later – was swapped at the last minute, so they ‘hadn’t worked on the lines’.

‘She stuck up for me,’ he recollected. ‘She said, “Hey, we’ll attempt this, but if he doesn’t feel comfortable, if I don’t feel comfortable, because you haven’t given us time to memorise our lines, then we’ll come back to it because it’s an important scene.” And I thought it was very cool.’

Tom, 46, explained that having been a guest star on other TV series previously, he found that he was ‘not always treated’ in the same manner.

Earlier this year, Sarah, 45, spoke about her experience on the set of Buffy, saying in Evan’s Ross Katz’s new book, Into Every Generation a Slayer is Born: How Buffy Staked Our Heart that ‘everybody had arguments’.

‘I think that unfortunately, the set we were on and the world we were in was pitting us against each other,’ she also said.

However, in Tom’s experience, he didn’t witness any supposed tension on set.

‘I was kind of focused on sticking around and not getting killed on the show. If that was happening, I feel like it was happening the seasons prior to when I got there, because that’s when they arrived on the scene, and then it turned into these big celebrities,’ he speculated.

‘So for me, I had an incredibly positive experience on the show. I wasn’t involved in any of that.’

In the years since Buffy, Tom has starred in films including Transformers, The Cabin in the Woods and Barb and Star Go to Vista Del Mar, as well as TV shows such as Witches of East End and Batwoman.

The actor – who has also won over scores of people on social media with his hilarious skits and satirical celebrity impersonations – is now starring in the comedic play Lottie Patchett Took a Hatchet, which takes inspiration from the real-life case of Lizzie Borden, a woman acquitted of the axe murders of her father and stepmother in the 19th century.

Tom outlined that the whodunnit is a ‘queer, hilarious, insane over-the-top parody of the Lizzie Borden tale’, summarising it as: ‘If the Muppets were doing a production of The Crucible, directed by John Waters… if that makes sense.’

‘I just love doing weird shows with my friends,’ he said about the theatre group he works with in Los Angeles. ‘We started working on this one in the pandemic via Zoom. And then we’re like, “Yeah, let’s do this. Let’s take this one. Let’s let’s take this to Scotland. Let’s do it.’ 27 Sep 21
ELLIE Goulding lays out in black and white how she is embracing motherhood. The Love…
TV & Movies
0 16 Mar 21
EXCLUSIVE: Sinqua Walls (American Soul) is set as a series regular in At That Age,…
TV & Movies
0