Anne Boleyn premiered on Channel 5  ast week as a three-part series, exploring the chaotic marriage of Henry VIII and his doomed second wife. The drama depicted the breakdown of the marriage and the downfall of the Tudor queen. But Channel 5 saw a flurry of complaints flood in for several reasons.

Jodie Turner-Smith took on the lead role for the period drama and within minutes of the show airing, viewers suggested there were several “historical inaccuracies”.

It’s been reported that Ofcom received 167 complaints in total.

Express.co.uk has approached Channel 5 for a response.

It comes after viewers took to Twitter to discuss the three-part series. 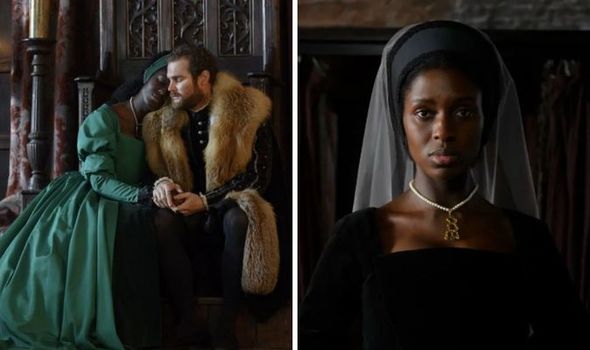 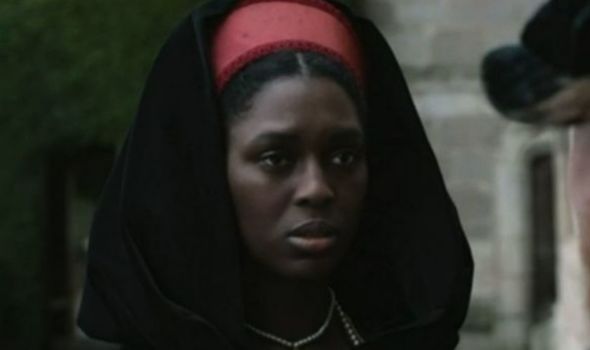 One person took to Twitter to criticise the costumes used, with one writing: “The costumes look like they were made by 11 year olds in their first needlework class and historical accuracy has gone out of Hampton Court’s double glazed windows #AnneBoleyn.”

Another wrote: “#AnneBoleyn I don’t care who plays Anne Boleyn, what really upsets me is the quality of the costumes on this! They are shocking! None of them fit her! They are clearly made from horrible polyester. Even on the blokes, the buttons don’t line up. Costumed by Matalan?”

But others praised that feature of the show, with one writing: “The costume design and colours on #AnneBoleyn” are par excellence!

“But historical documents detailed that Anne’s most favourite colour was “black” Spanish silk.

“It was said that black was her favourite attire, because it complimented her ‘black eyes and hair.'” 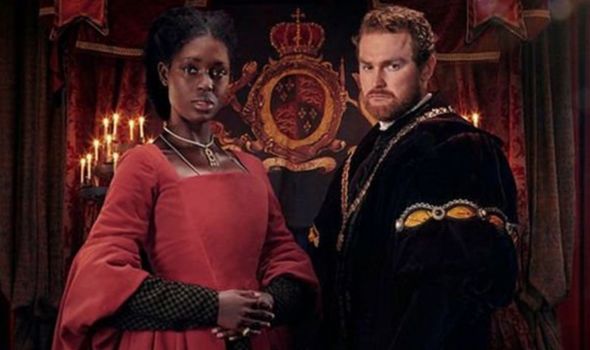 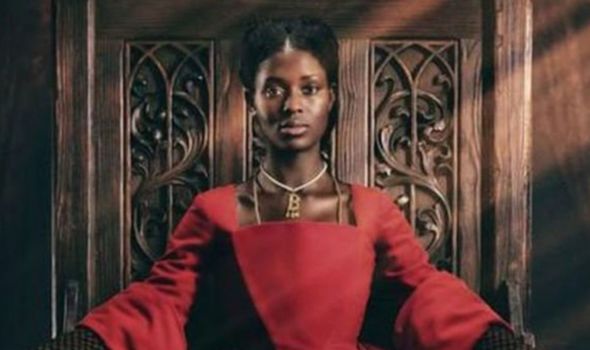 Others branded the series “dull” and claimed they switched off before reaching the end of the first episode.

One wrote: “I’m out #AnneBoleyn is flat script and too mumbly for me. Henry also not vile enough, the wife murdering b*****d.”

“#AnneBoleyn This isn’t very good. They’ve made an interesting woman rather dull,” another said.

Someone else said: “Tried #AnneBoleyn but found it rather flat and the foreshadowing was heavy-handed. All rather clumsy and dull dialogue. However, the lead was really good, in parts. I felt she was carrying the whole thing but not well.”

But one disagreed, commenting: “Love this version of #AnneBoleyn. The skullduggery, the costume, the lighting. Superb.”

Despite the “inaccuracies” mentioned, many viewers loved Jodie’s portrayal.

One wrote: “Just catching up on #AnneBoleyn honestly Jodie Turner-Smith is quite marvelous. Fierce. Powerful. Nails it.”

A different viewer echoed this: “Fascinating on many levels! Acting excellent. Perhaps ironically I thought this the truest characterisation I’ve seen of AB, strong, clever, sharp. She’s a queen yet an outsider, and she refuses to be meek!

“Already finding the closeness of her and her brother heartbreaking, knowing what’s coming & how it will be twisted.. (Costumes awful but it’s clearly low budget!) #AnneBoleyn.”

Viewers may have known actress and model Jodie, 34, for appearing in the likes of Nightflyers and The Last Ship.

According to IMDb, Turner-Smith will next be featuring in Tom Clancy’s Without Remorse, After Yang and Borderlander.

Previous versions of Anne Boleyn have included the BBC’s adaptation of Wolf Hall with The Crown’s Claire Foy winning a BAFTA for her performance as the fateful English Queen and Natalie Portman in the movie The Other Boleyn Girl.

Anne Boleyn is available to watch on My 5.