CHARLOTTE Dawson risked revealing all as she posed knickerless on the red carpet at ITV Palooza.

The reality TV star – who gave birth to her son in January – showed off her endless legs in the incredible dress. 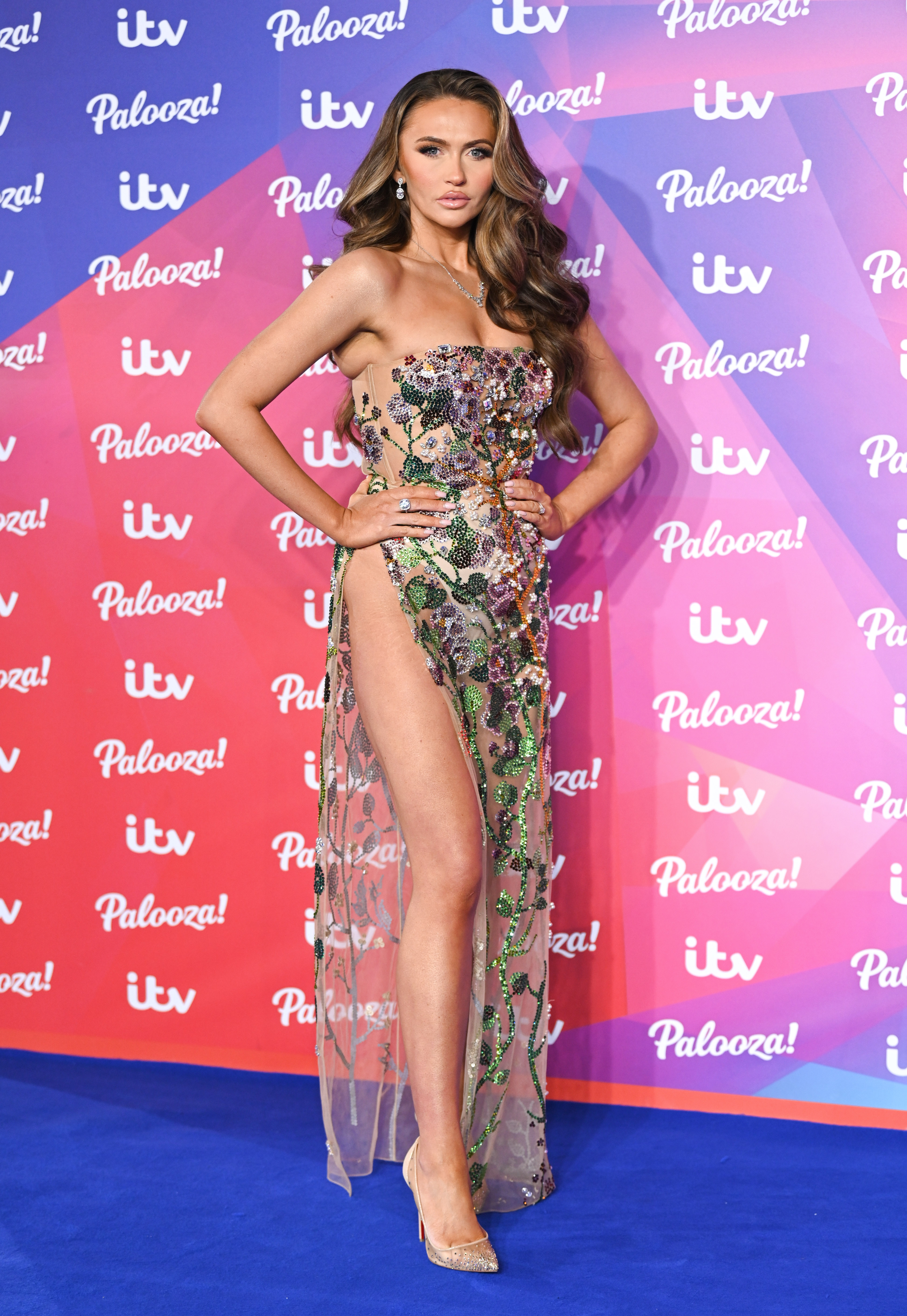 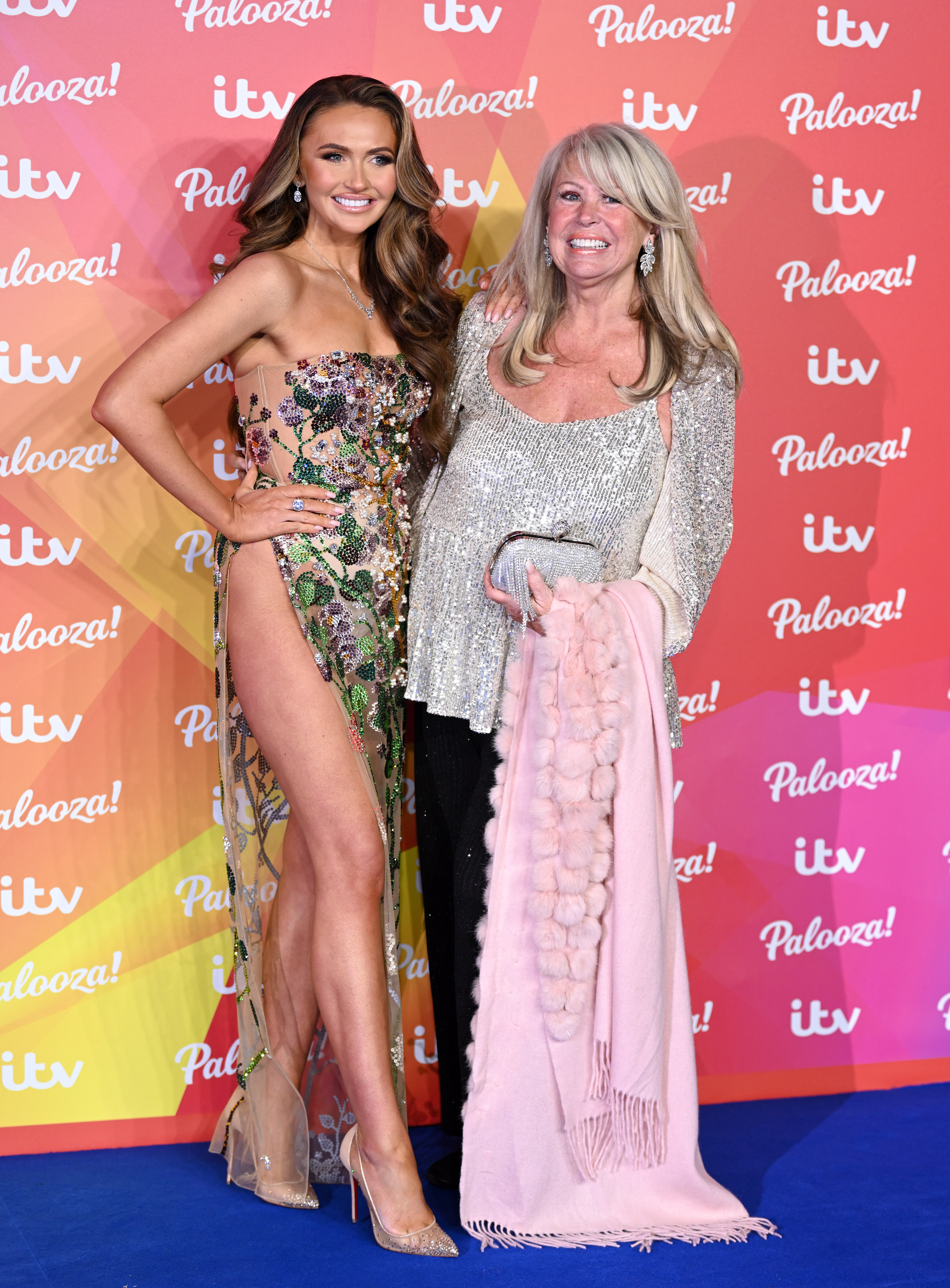 She joined stars at the ITV Christmas party bash last night after bursting onto screens in Ex On The Beach and Celebs Go Dating.

And Charlotte, 29, made sure all eyes were on her on the blue carpet.

She stunned in the sheer dress that exposed her legs and hip thanks to a split that reached her waist.

Comedian Les Dawson's daughter wore her hair in Hollywood waves, and teamed her dress with sheer stilettos and a diamante necklace.

She also shared the carpet with her mum Tracy, who raised her alone after Les sadly passed away when Charlotte was just a baby.

Her dad was former comedy legend Les, who died in 1993 when she was just eight months old.

Les was at a routine hospital appointment in Manchester and awaiting the results when he suffered a major heart attack and died.

Charlotte and mum Tracy often visit his memorial, a bronze statue erected 15 years after his passing, in Lytham St Anne’s.

They also hold a vigil on Christmas Day and munch their festive lunch in the family home, close to his ashes in the garden.

Among other celebrities pictured at the Royal Festival Hall on Southbank, in London, last night were partners in crime Holly Willoughby and Phillip Schofield.

The pair appeared alongside a host of famous faces from the channel's biggest shows including Susanna Reid, Lorraine Kelly, and Dermot O'Leary.

Queen guitarist Brian May and his wife, actress Anita Dobson also joined other household names, as did singer Olly Murs.

May wore a teal trench coat and vibrant orange scarf, while his wife wore a glittery red dress and matching shoes.

Love Island presenters Laura Whitmore and Iain Stirling were reunited with former show winners and contestants at the Palooza.

Whitmore wore a burgundy dress with a sweetheart neckline with puff sleeves, and Stirling went for an open collar black and white patterned shirt and suit.

Winners of the show's latest series Liam Reardon and Millie Court cuddled up together, with Court in a pale blue floral strapless dress with a multi-tiered skirt.

The final's other couples, Toby Aromolaran and Chloe Burrows, Faye Winter and Teddy Soares, and Kaz Kamwi and Tyler Cruickshank were also pictured together.

Both Burrows and Winter sparkled in a sequined red backless dress with a golden box-clutch and glittery silver strapless dress respectively.

Fellow contestant Liberty Poole brought a winter vibe to the event with a dark sequined floor-length, with panels and forest-like detail on the sleeves.

Former contestant Doctor Alex George, who is due to present a new series about mental health in children, attended wearing a midnight velvet suit jacket.

12 May 20
A Who Wants To Be A Millionaire? contestant missed out on winning the big jackpot…
TV & Movies
0