Freddie Flintoff, Chris Harris and Paddy McGuinness conquered the Wall of Death in the latest instalment of Top Gear. The presenters were visibly nervous at the task ahead but one-by-one successfully completed the hair-raising stunt. However, Chris explained that despite their nerves, the presenters wouldn’t have been able to back out of the stunt.

In the BBC show’s latest episode, the trio took on the Wall of Death inside an empty Alexandra Palace.

Viewers watched them individually drive vertically at 50mph in sporty insurance write-offs they had each made road legal again.

In an exclusive interview with Express.co.uk, Chris, Paddy and Freddie were asked if they ever considered saying no to the death-defying stunt.

Chris explained: “In that situation, the way that our relationship is configured, saying no isn’t an option. 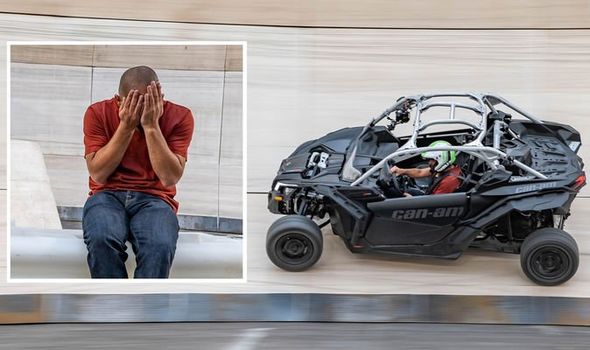 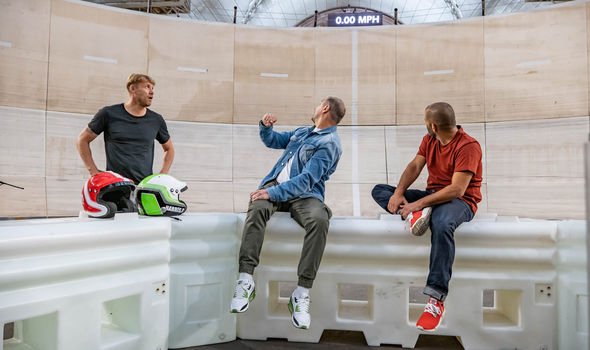 “Unless you’re genuinely worried that your life is going to end at that point I think we’re in it, it is competitive.”

“Fred is a professional sportsman and is incredibly competitive,” he continued.

“Guinness when he gets his teeth into something he will not let go.

“I’m quite competitive too. None of us are going to give up.” 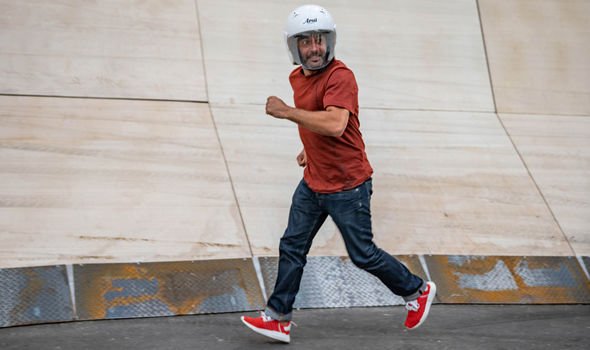 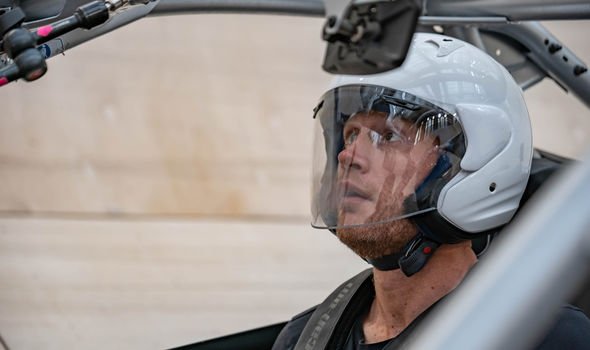 Paddy added: “We are all competitive that is true to say.

“But what you saw on TV was 25 minutes long of the Wall of Death, we had two days training for that.

“When we went back to the hotel after the first day I think I had a moment on my own thinking, ‘God have we’ve bitten off too much here?’

“But you just do it, it was like Chris was saying you’re all egging each other on.”

“You don’t want to be the one who’s not done it, so you’ve just got to grit your teeth and get on with it,” he said.

Meanwhile, Freddie addressed a huge change the motoring show made when filming of the new series resumed amid the coronavirus pandemic.

The presenting trio has travelled all over the world with Top Gear but travel restrictions meant producers had to look closer to home for the location of its challenges.

Freddie began: “One of the nice things has been actually seeing more of the UK and showing it off.

“We go to all of these countries and it’s amazing to visit them and we wax lyrical about them.

“But I think sometimes we forget how amazing Britain is, so we’ve had a chance to go around and show some of the UK off.

“We went to Bolton where obviously Paddy’s from, we’ve spent time in Blackpool, the Yorkshire Dales, Alton Towers, went to Wales, Pembrokeshire.

“So, it’s different, but it’s still on the same scale but we’ve just been doing it here, which has been quite nice.”

Top Gear continues on BBC One Sunday at 8pm.