Coronation Street resident Todd Grimshaw’s fake funeral was held on the ITV soap this week, as the residents gathered to mourn their loss. However, with it clear the move has given Todd the opportunity to soon be back on the cobbles for good, it seems he will be back to his meddling ways viewers saw in his previous stints. But could he soon end up at war with Adam Barlow (Sam Robertson) after actor Gareth Pierce dropped a huge hint?

Long-term fans of the soap will remember Imran Habeeb (Charlie De Melo) took Todd’s place at the solicitors back in 2017 after his exit.

And Imran and Adam have since formed a solid working relationship as well as becoming close friends.

But it seems as though Todd could be about to shake things up as he looks for work on the cobbles.

Todd star Gareth Pierce recently hinted there will be trouble ahead between himself and his old colleague Adam. 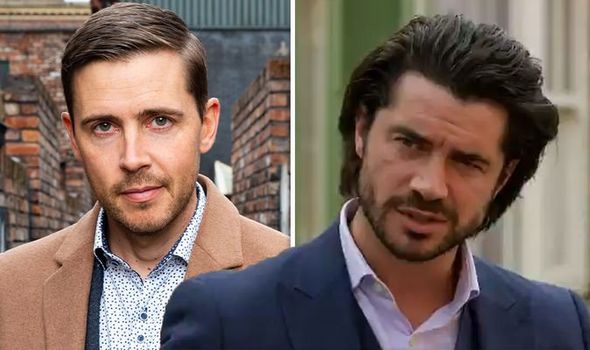 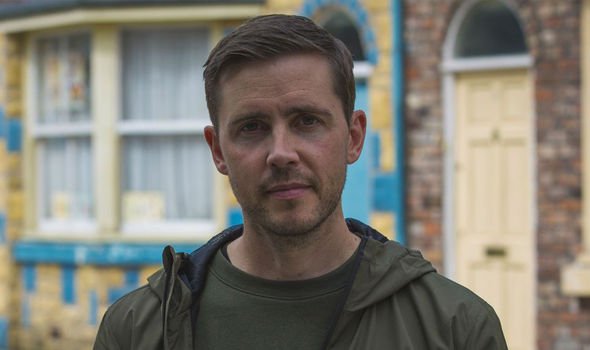 After being reminded his alter-ego was “unlikely to be welcomed back with open arms” by Imran and Adam, the actor hinted at what his character will be up to.

Speaking to Express.co.uk and other press, Gareth said: “Yeah, I mean, obviously, he’s got some legal background, even if he’s not fully qualified.

“So I do understand how, the Adam and Imran opportunity could be one way.”

Todd fled Weatherfield and left Adam having to juggle the responsibility of both his own and the former’s clients. 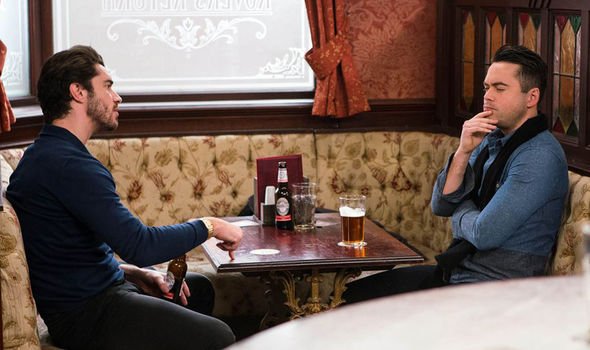 So it’s unlikely Adam will be pleased to see Todd back once more after leaving with no explanation.

Speaking on what’s next, he continued: “The big thing about Todd is, he’s a blagger and he can charm his way into… you can see him turning his hand there quite a few jobs or ways of making a living.”

Elsewhere, Todd will soon reignite his close friendship with Sarah Platt (Tina O’Brien), which could cause further issues for Adam.

Gareth continued: “So, in terms of what we’re shooting at the moment – without giving too much away – one of the other relationships that he’s looking to rescue is that one with Sarah.

“Their closeness is coming back and he’s able to actually via that get a job at Underworld,” said the actor.

With Sarah and Todd soon set to form a solid bond once more, this could get him embroiled in the ongoing drama between Adam and his estranged wife.

And if so, it could pave the way for scheming Todd find a way to humiliate Adam in revenge over his treatment of Sarah.

As Todd becomes settled into Weatherfield again, could he decide to use his charm to rival Adam in the legal sector – leading to his downfall?

Gareth teased sparks elsewhere, as he went on to add: “It’s nice because it’s rebuilding that relationship with Sarah and is giving an opportunity for us to carry on with the Todd and Sean (Antony Cotton) dynamic as well.

“Antony and I are having loads of fun with that and we’re taking the mick out of each other, just as much off-set, as Todd and Sean are on-set!

After hinting of several clashes, could there actually be romance on the horizon for Todd and Sean?

Coronation Street airs Mondays, Wednesdays and Fridays at 7:30pm and 8:30pm on ITV.

Hilary Duff announced that she is pregnant her via Instagram on Saturday.This will be Duff's third child and her second...

"She had no desire to talk this out with me and she wanted to remain surface level." Scheana Shay got...