Nina (played by Mollie Gallagher) has integrated herself into the Coronation Street community quite well since she made her first appearance on the ITV soap last year. As well as forming a closer bond with her uncle Roy Cropper (David Neilson), she has also found a dear friend in Asha Alahan (Tanisha Gorey). However, it could be her relationship with Dev Alahan’s (Jimmi Harkishin) daughter which leads to her exit from the cobbles as another one of the teenager’s friends gets jealous of being pushed out the loop. Will they go as far as to make the gothic character afraid to live in her own home and leave her with no other choice than to pack her bags and leave?

Amy Barlow (Elle Mulvaney) has been Asha’s best friend since either of them can remember, having been in the same class at school for many years.

The pair have discussed their interest in boys as well as Dev’s daughter confiding in Tracy Barlow’s (Kate Ford) child about her skin bleaching problem.

Having been there to support one another, the boisterous teenager might find she is replaced in the coming months as Nina takes her place.

Roy’s niece was the one who helped the self-conscious school-girl face her tormentors when sexual images of her ended up online.

With Asha thriving off the new outlook on life the gothic character has helped her to achieve, will her best friend launch a campaign to take the top spot once more as she seeks revenge? 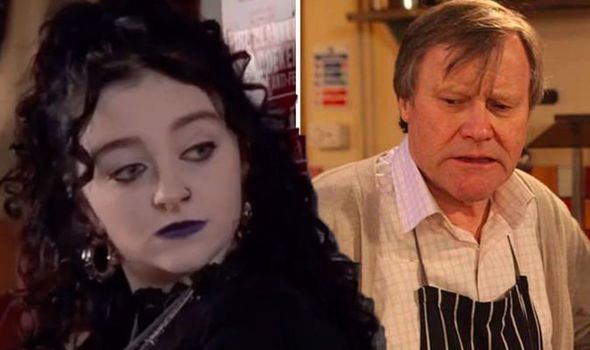 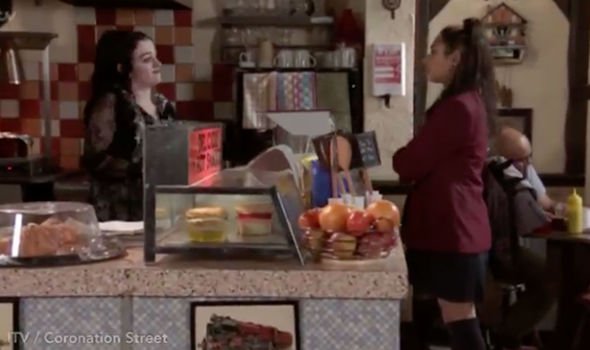 Tracy’s daughter has already shown similar qualities to her mother as she has got older, manipulating situations to ensure she gets what she wants.

Asha’s friendship could be no different, seeing Nina as a threat to being the teenager’s sole confidant over her struggles.

With a villainous streak within her, Amy could very well make Roy’s niece feel unwelcome and get the help of some other school children to torment her.

Feeling she’s not wanted, the gothic character could spin a lie to her uncle she has family in another part of the country she wants to go and visit. 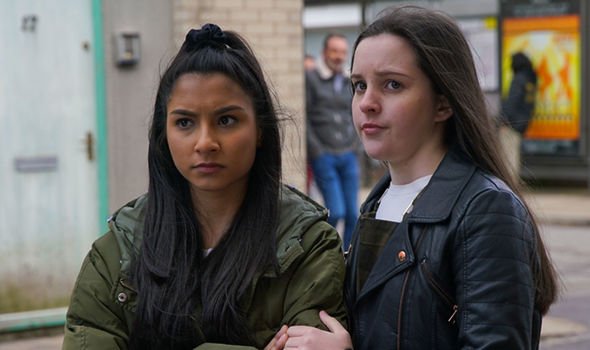 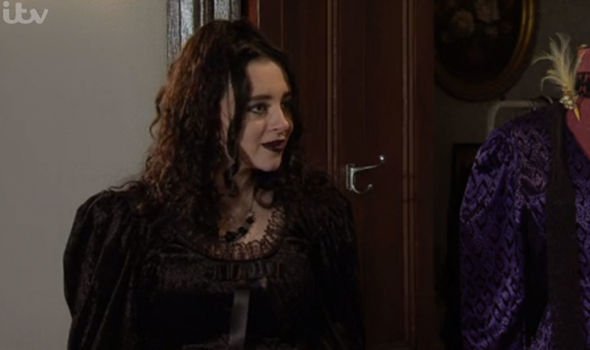 Having not been told about his own brother until weeks before his death, Roy might very well understand his niece’s need to make the venture.

However, what he might not realise she is lying, wanting to escape the torment Amy and her friends are putting her through.

Speaking to press, including Express.co.uk earlier this year about the next chapter in Asha’s story, Executive Producer Iain MacLeod teased a rift brewing between Nina and Tracy’s daughter.

“Long-term direction for Asha is her struggling with her self esteem as a teenage girl/young woman and Nina’s role in that is to be a brilliant friend and support her and to help Asha embrace her uniqueness.”

Nina and Asha are fantastic together

“So, she’s quite instrumental in helping Asha put herself back together emotionally after the fallout of what she does with his video.”

Explaining more about the teenagers’ relationship going forward, Iain added: “I think the friendship between [Asha] and Nina is really sweet.

“It didn’t immediately suggest itself on paper but once you see them in scenes together, you really want to see more of these two. They’re fantastic together.”

With Nina and Asha set to become stronger than ever and Amy feeling more neglected, especially with her family focussing their efforts on her brother Oliver Battersby (Emmanuel and Jeremiah Cheetham), will she begin to hit out?

Directing her frustrations at Roy’s niece, will find herself being pushed even further away by Asha in the process?

If the gothic character were to leave, viewers would certainly be upset as they’ve shared their praise of the relative newcomer on Twitter, with one writing: “I want more Nina scenes please #Corrie.”

Another added: “I just love Nina, she’s so funny and doesn’t take herself too seriously #Corrie,” with a third posting: “I just love #Nina @itvcorrie. She’s a brilliant character #corrie.”

23 Oct 20
Never say never to Never Have I Ever. The acclaimed Mindy Kaling comedy managed to avoid…
TV & Movies
0