ROY Cropper discovers his niece Nina is living rough on the streets following the death of her father in Coronation Street.

The penny drops when Beth tells Roy she’s seen Nina rifling through the bins outside the factory on the hit ITV soap. 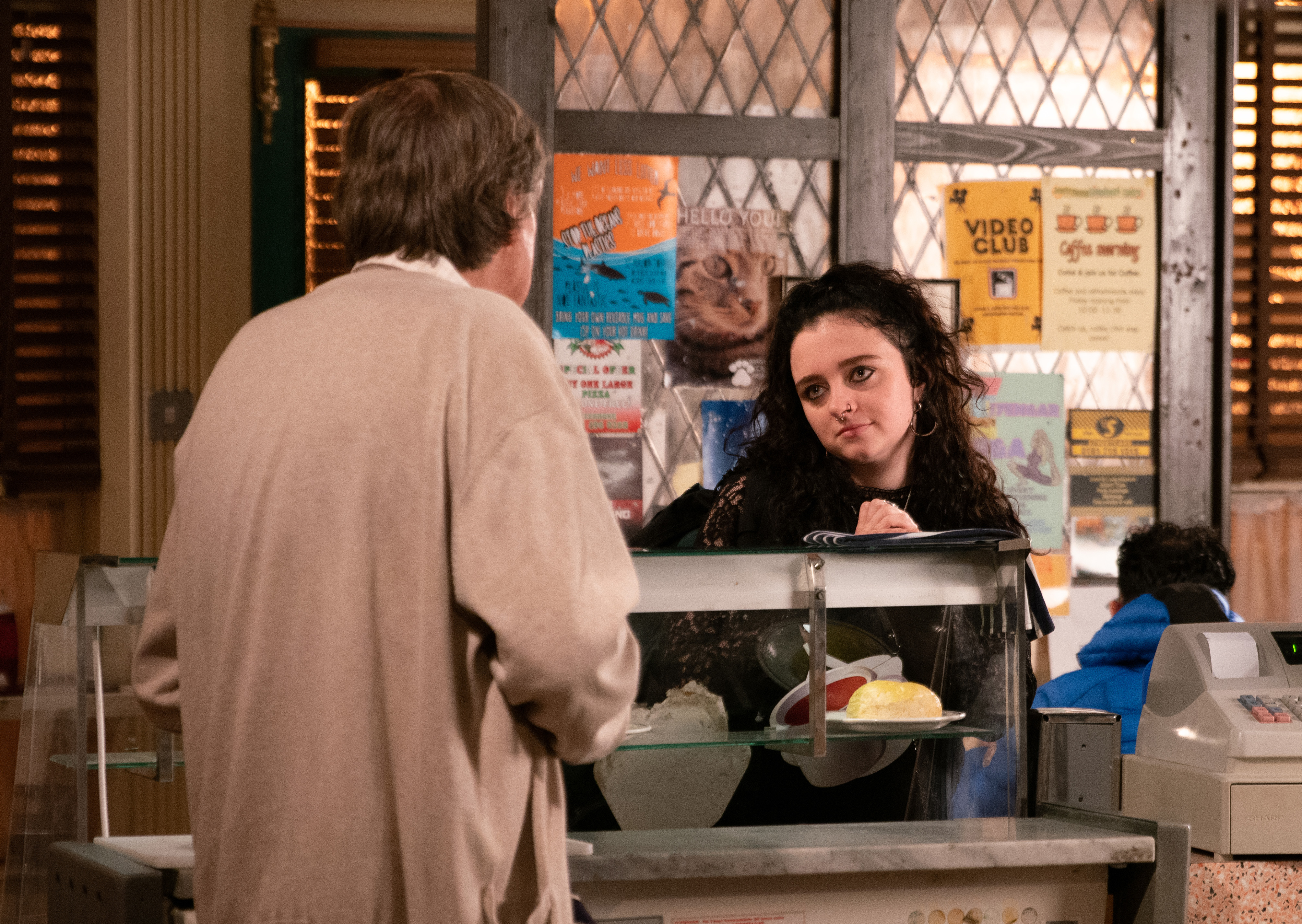 Corrie fans will remember the devastating moment that Roy’s long-lost brother Richard died – shortly after the pair met for the very first time.

Richard’s death left Roy responsible for the care of his frosty daughter Nina, who lived with her father before he passed away.

But viewers have watched with delight as Roy has bonded with the teen goth in recent weeks after he noticed she was being targeted by thugs.

He was horrified to notice egg splattered on her front door, and even spotted her with a bandage on her arm.

The goth was touched and began to soften when Roy let her borrow Hayley’s sewing machine and agreed to be the model for her coursework.

Roy has since tried to persuade Nina to come and live with him – but she has so far refused. 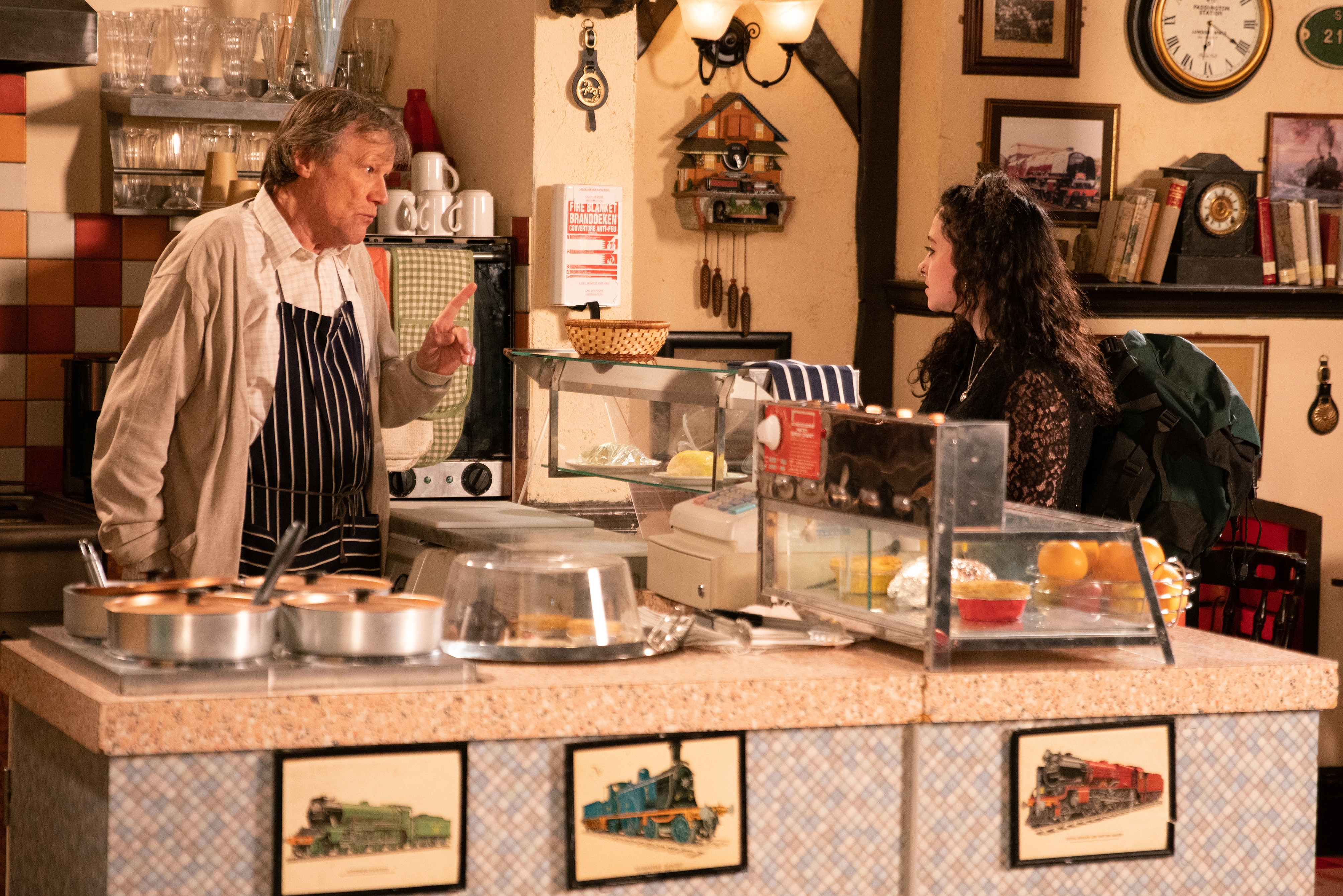 In upcoming scenes, a dishevelled Nina calls on Roy in the café.

Roy is delighted to see his niece but Carla is immediately concerned that something is wrong.

The clever businesswoman is proved right when Nina calls around at the cafe again and admits she’s starving and short of money.

Later in the week, Roy sees Nina carrying a big rucksack around with her, but she disappears before he can quiz her. 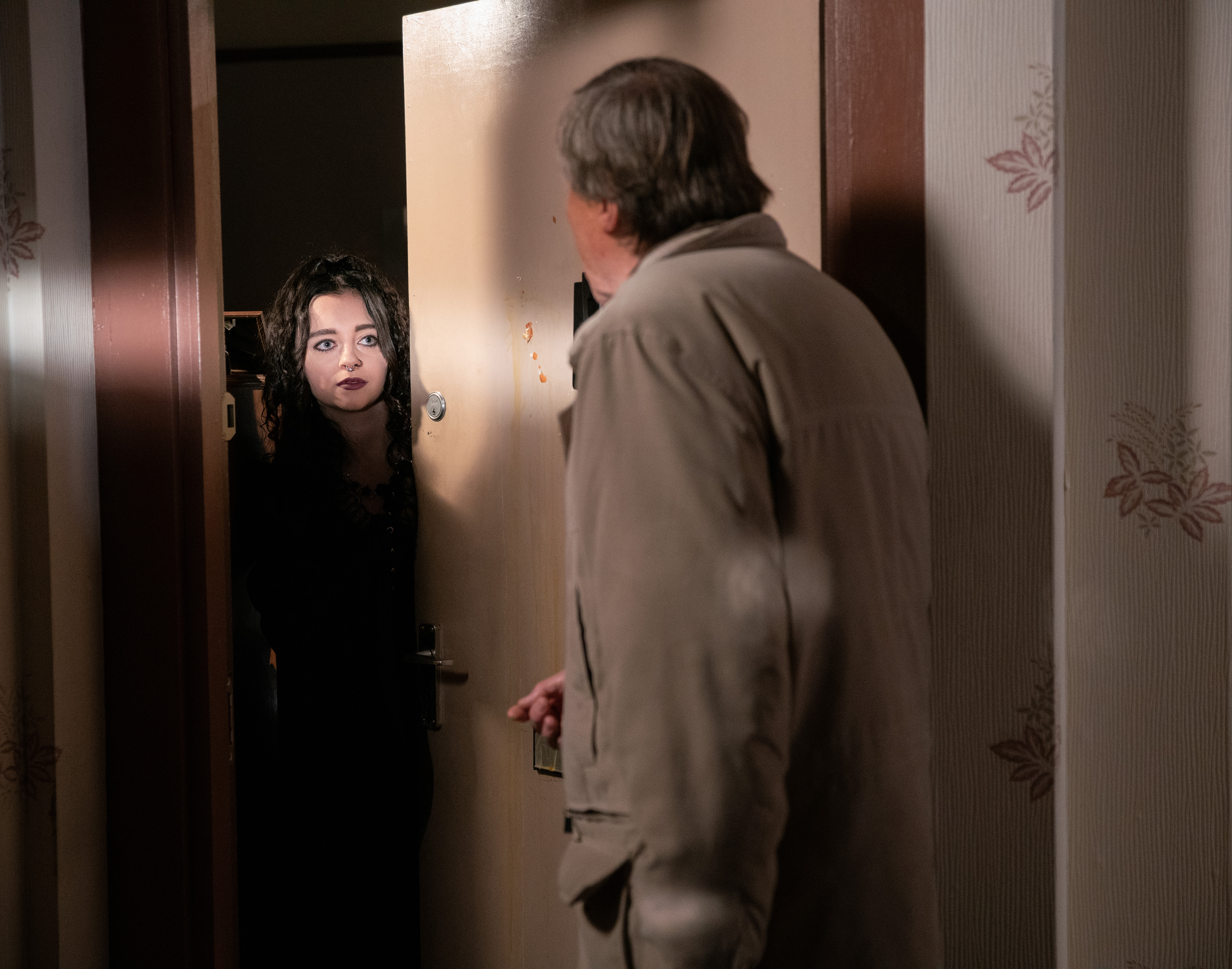 Meanwhile, Beth calls on Roy to tell him she saw Nina going through the factory bins.

Roy gets increasingly suspicious that something isn't right.

The next day, Nina settles down in a doorway for the night but is terrified when she’s approached by a gang and they start calling her names.

Later, Roy and Carla are shocked to discover that Nina moved out of her flat weeks ago.

But it comes as a relief to the both of them when they find her at the café and she admits she has been living homeless.

Roy offers her his sofa to sleep on and his niece is delighted.