DAVID Beckham took kids Harper, 8, Cruz, 14, and Romeo, 16, out for lunch in Miami yesterday – after rumours the family is planning a permanent move to the US.

The sportsman, 44, and his brood dined out at Kush – an eco-friendly, art-filled gastropub. 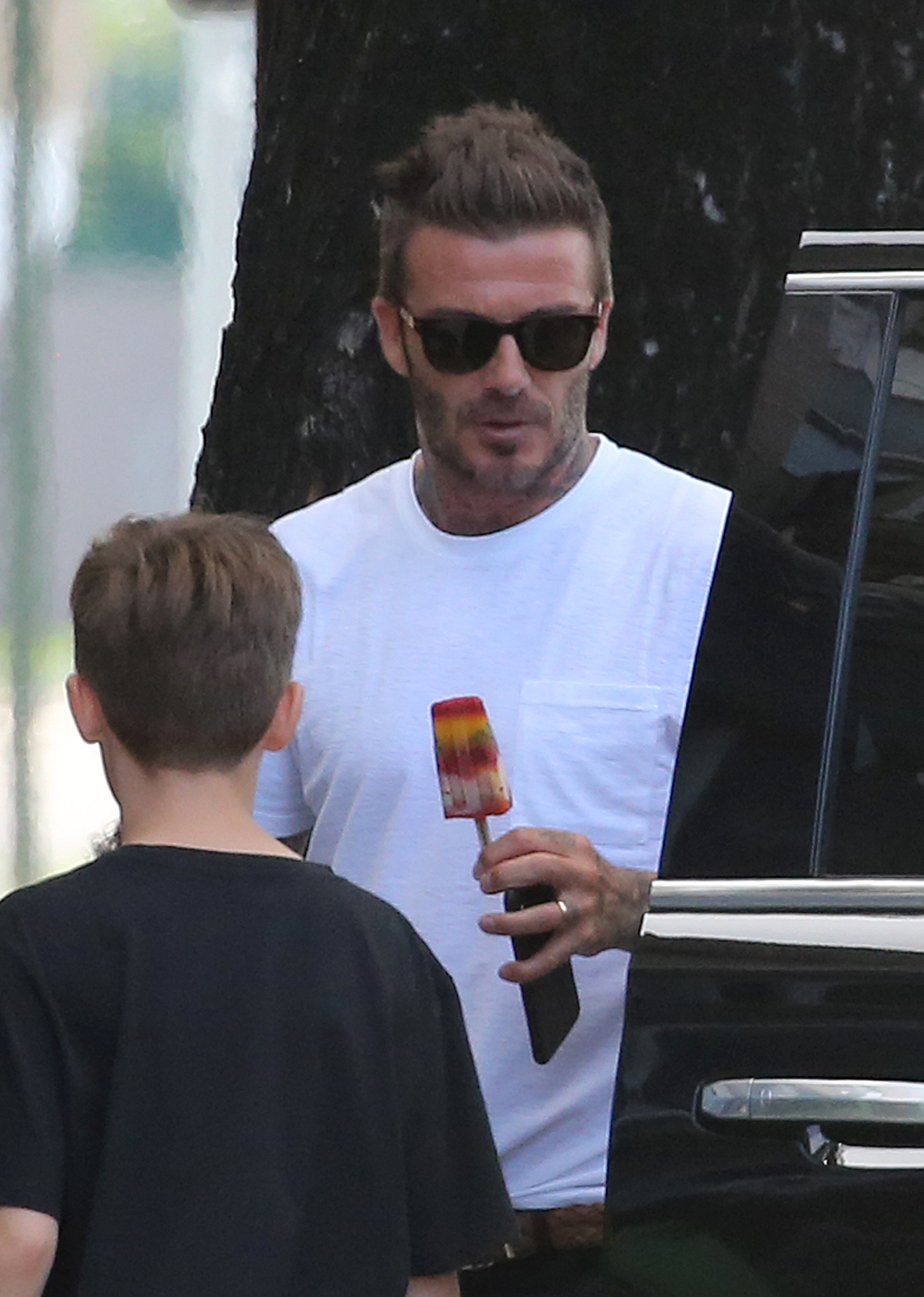 Before getting stuck into his ice lolly, David was seen snacking on chips and guacamole while his kids and their friends all pulled up to the bar to join him.

Afterwards, David and the kids embarked on a shopping spree at Base, Foot Locker, and Nike, and even stopped at an arcade for some fun in between.

The Beckhams are currently in Miami all week on holiday, visiting a waterpark with daughter Harper and hanging out with celeb mates Eva Longoria and Marc Anthony.

David is moving part-time to Miami in the run up to launching his Major League Soccer team in the city, called Inter Miami. 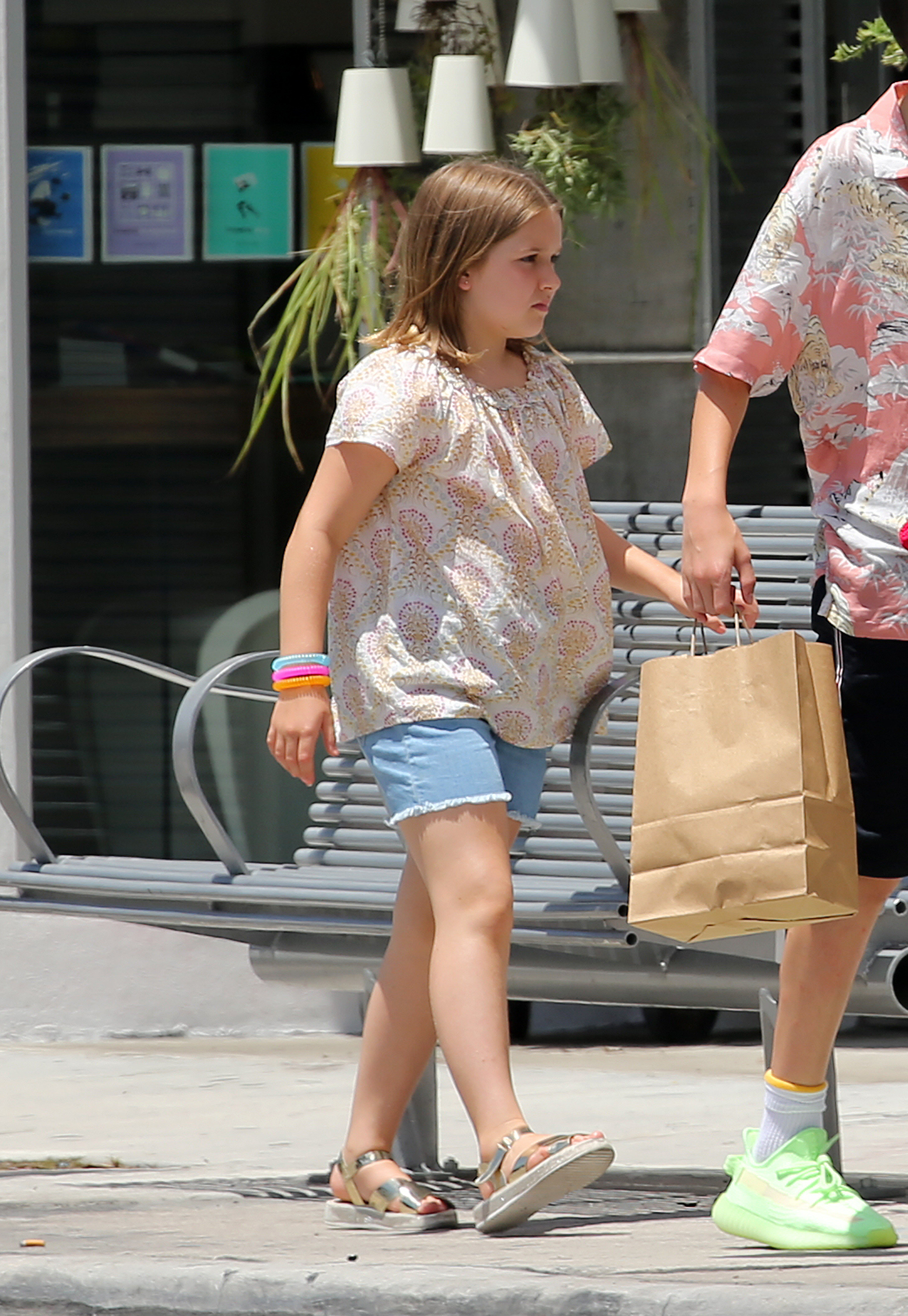 After years of negotiation and hunting for a ground, the team finally launches next season in 2020.

Earlier this year, it was claimed that Becks had offered Barcelona striker Luis Suarez a four year deal to sign for the side – however, he’s thought to have turned the deal down.

Midfielder Daniele De Rossi has also been linked to the club ahead of their first season.

Meanwhile, David and wife Victoria are looking to buy one of Miami’s most incredible properties in a super-exclusive building. 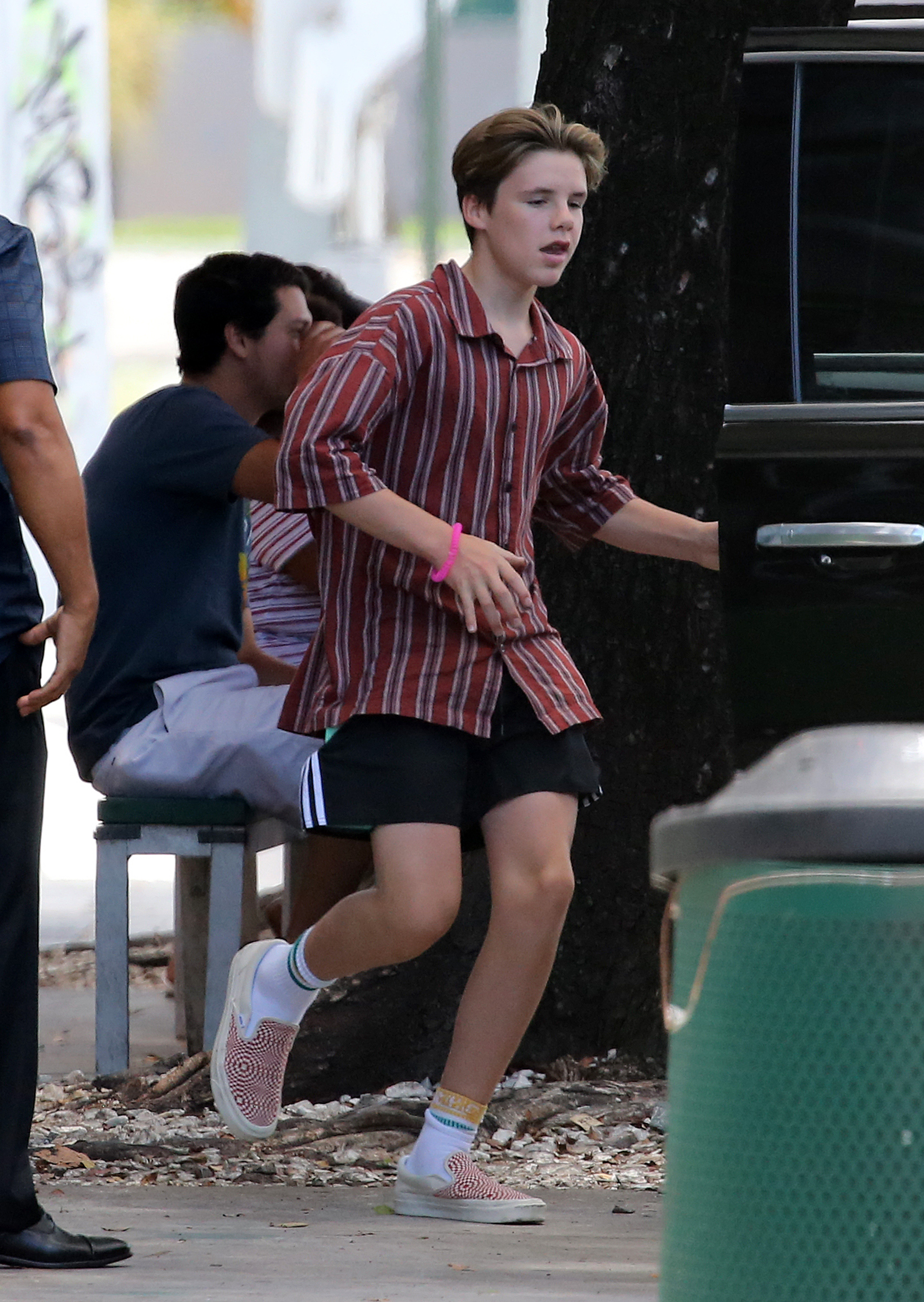 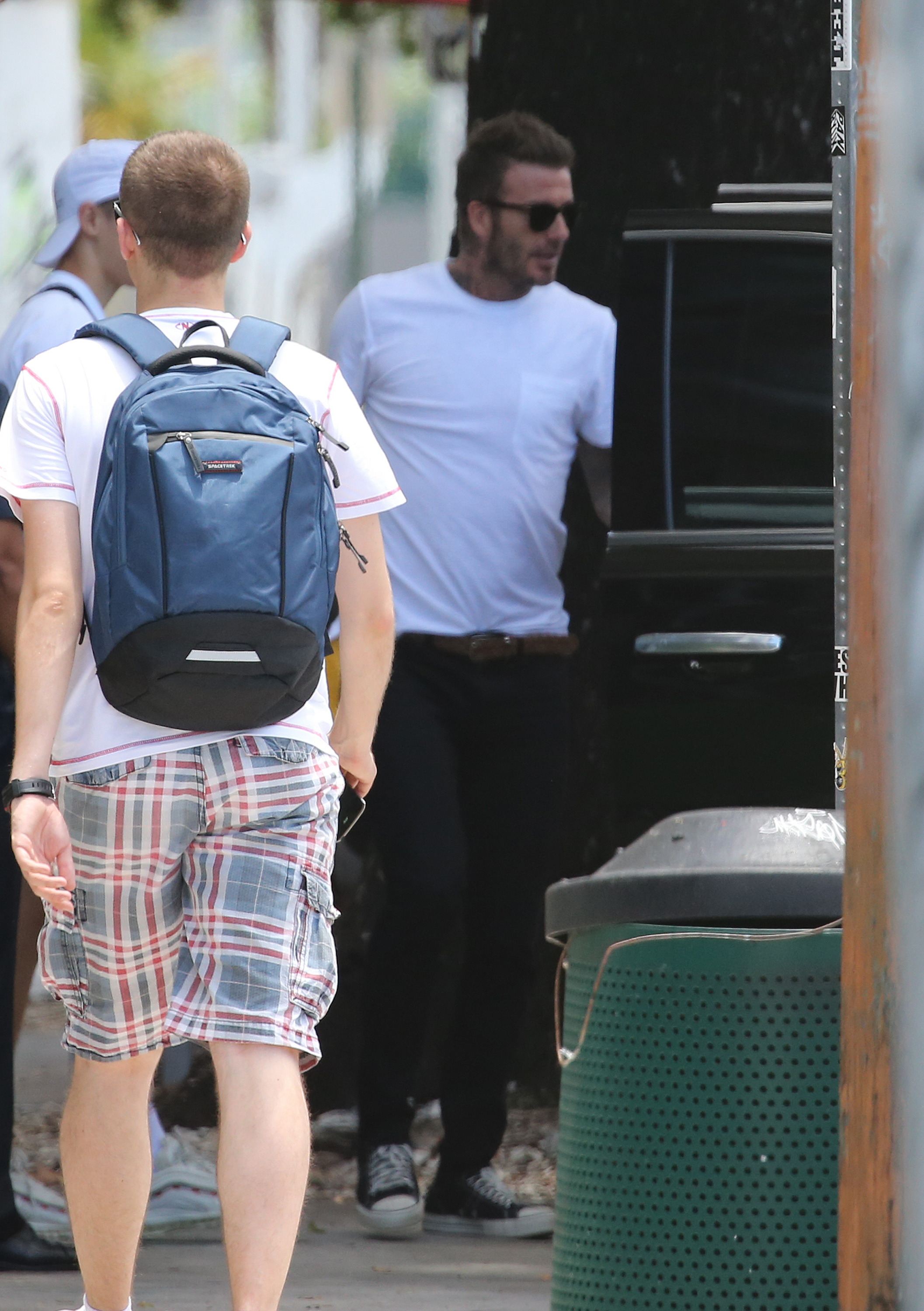 The couple were spotted visiting the One Thousand Museum in the Scorpion building in downtown Miami on Sunday – sparking rumours they’re eyeing up a property there.

The incredible building, designed by architect Zaha Hadid, has a rooftop pool, spa, hair salon, juice bar and a gym.

The building will have “townhouse-style properties at levels 10 to 14 and half-floor apartments from storeys 15 to 49, to full-level penthouses on the next eight levels and a duplex penthouse across floors 58 and 59” says the website. Prices start at £5m and go up to £45m.

The 62 storey tower is over 700 feet tall and has a private helipad, ocean views and floor to ceiling windows, and was only completed earlier this month. 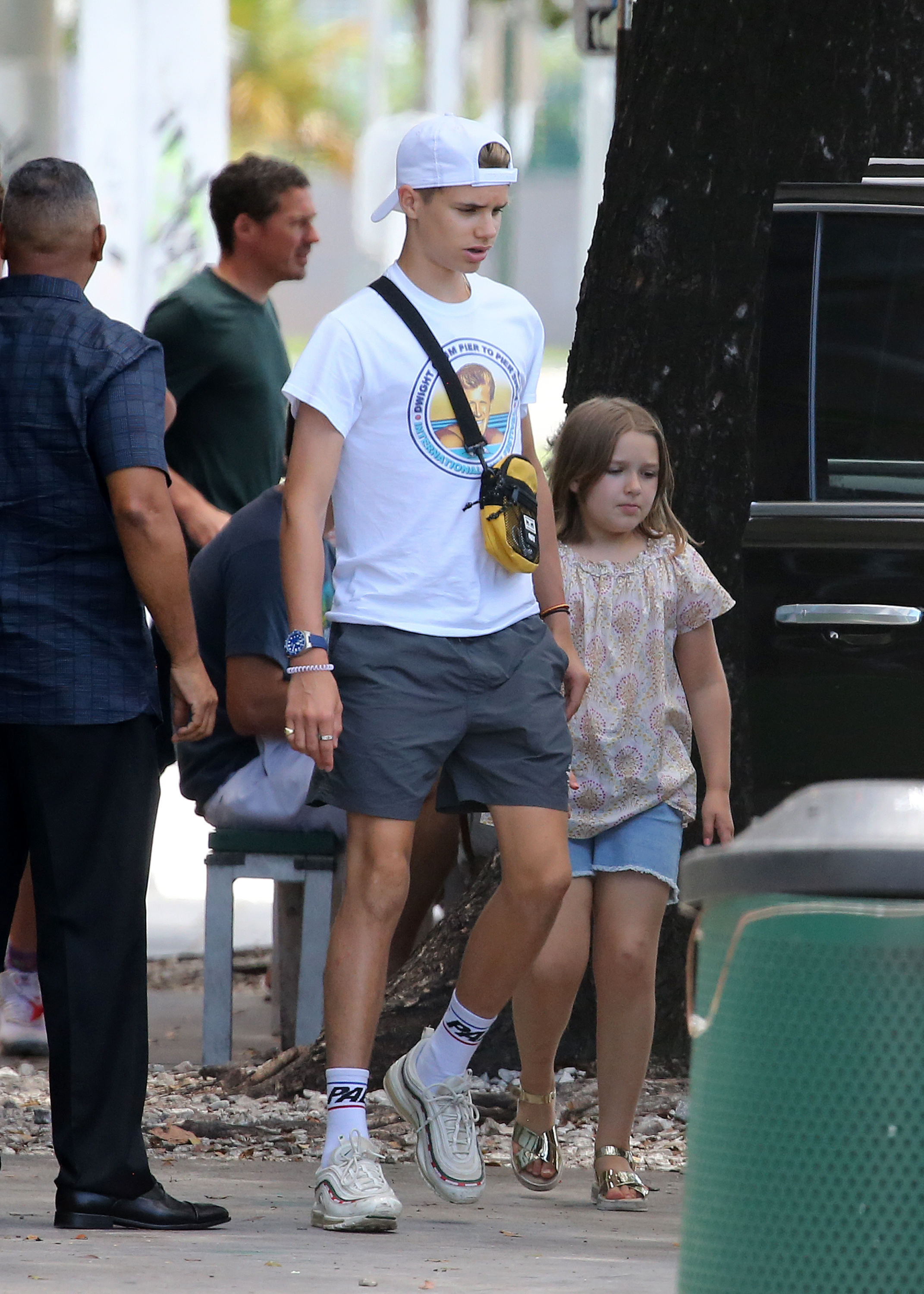 The Beckhams own houses all over the world – a family home in London, one in the Cotswolds, and recently sold their LA mansion for a profit at almost £30m.

Posh and Becks moved into their first £150,000 starter home in 1996, and their clever housing movements have seen them build up a £35m porfolio. 10 Mar 21
ACTRESS Kate Winslet is anything but washed up in this British Vogue photoshoot. Kate, 45,…
TV & Movies
0