Earl Simmons was hospitalized after suffering a heart attack April 2 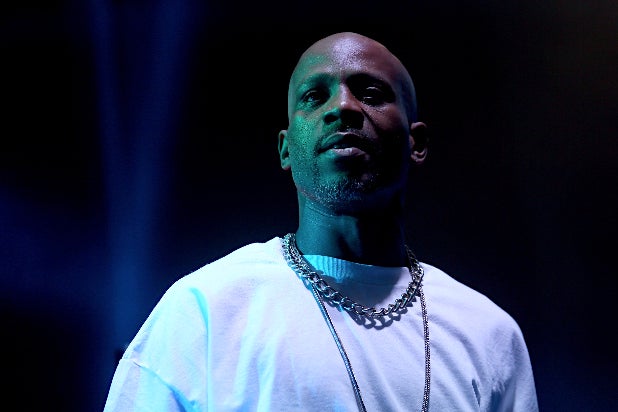 DMX, the legendary rapper known for his songs “Party Up (Up in Here),” “X Gon’ Give It to Ya” and many more, has died, according to the Associated Press. He was 50.

DMX, whose real name is Earl Simmons, died Friday, April 9 after 6 days in the hospital following a heart attack. TMZ first reported that he was transferred to a hospital in White Plains, New York and was in the critical care unit. His lawyer Murray Richman then said late Saturday that he was still in grave condition, but did not confirm that the heart attack was caused by a drug overdose as TMZ initially reported. He was rumored to have died late Thursday after a tweet went viral, but his manager said in a statement that he was still on life support at the time.

“We are deeply saddened to announce today that our loved one, DMX, birth name of Earl Simmons, passed away at 50-years-old at White Plains Hospital with his family by his side after being placed on life support for the past few days,” his family told People Magazine. “Earl was a warrior who fought till the very end. He loved his family with all of his heart and we cherish the times we spent with him. Earl’s music inspired countless fans across the world and his iconic legacy will live on forever. We appreciate all of the love and support during this incredibly difficult time. Please respect our privacy as we grieve the loss of our brother, father, uncle and the man the world knew as DMX. We will share information about his memorial service once details are finalized.”

Born in Mount Vernon, New York, DMX got his start in rap in the early ’90s, taking his name from a DMX digital drum machine, though his stage name has also been morphed into Dark Man X. His intense persona, muscular physique and gruff, growling rap delivery helped him to ascend to the top of the rap charts, and following the deaths of Tupac and Biggie, he emerged as one of the most notable voices in hardcore rap, bolstered by his street-cred image.

Early on in his career he guest-starred on tracks alongside Jay-Z, Ja Rule, LL Cool J and made a cameo appearance for a song with Sum 41. By 1998 he would put out his first full album, which debuted at No. 1 and would kick off a string of his first four albums all debuting in the top spot. The album “It’s Dark and Hell Is Hot” produced the single “Ruff Ryder’s Anthem,” which shares the name with the hip hop label Ruff Ryders for which he would be a cornerstone artist.

DMX’s follow-up album later that same year would be the four-time platinum hit “Flesh of My Flesh, Blood of My Blood” featuring the single “Bring Your Whole Crew.” But that album too would be dwarfed by 1999’s “And Then There Was X,” anchored by “Party Up.” The album went platinum six times. He’s released seven studio albums in his career, including most recently “Undisputed” in 2012.

But DMX was also known as an actor, landing a big supporting role in the Jet Li action film “Romeo Must Die” and also “Cradle 2 the Grave” and “Exit Wounds.”

He also had a number of legal troubles, being charged with 14 counts of tax fraud in 2017 and pleading guilty to one. And DMX has been vocal about his addiction problems with crack cocaine, attending rehab several times, including a stint in 2019 that forced him to cancel a series of live performances. When he finally returned to the stage in December 2019 at a show in Las Vegas, he told the crowd, “When you fall down, get back up, everyone here has been through some s–t and you never know what God is willing to do for you until you need him to do something for you.”

DMX starred in a documentary reality TV series in 2006 for BET called “DMX: Soul of a Man” that highlighted various aspects of his personal and religious life, and said on numerous occasions how he read the Bible regularly and was a devout Christian.