‘Borat 2’ Star Maria Bakalova: Behind the Scenes of the Year’s Most Surprising Breakthrough Performance

Sarah Silverman says lefty comics often get a pass on offensive jokes: ‘We’re liberal, so we can say anything’

Rainn Wilson is caught in a deadly game of cat-and-mouse with two desperate teens in the upcoming thriller Don’t Tell a Soul — and ET can exclusively debut the trailer.

Jack Dylan Grazer (Shazam!) and Fionn Whitehead (Black Mirror) play brothers Joey and Matt, who plan a robbery to pay off their sick mother’s medical bills. When a security guard, Hamby (Wilson), catches them and gives chase, he winds up trapped at the bottom of a well. Joey and Hamby form an uneasy rapport as the younger brother debates letting their accidental captive go free — not knowing Hamby has secrets of his own that threaten everyone involved. Watch the trailer above.

“So beyond excited to be a part of this terrific, gritty thriller,” Wilson tells ET. “Audiences are going to love the twists and turns, as well as the expert performances of Don’t Tell a Soul.'”

The thriller hails from first-time director Alex McAulay, with Grazer saying, “Filming Don’t Tell a Soul with such creative and inspiring people” — including co-star Mena Suvari, who plays their mom — “was one of the greatest experiences of my life.”

“I was really drawn to this script because of the vivid characters, and I particularly loved the raw anger and spite Matt’s character embodied,” Whitehead adds. “I hope people enjoy watching the film as much as I enjoyed making it. I couldn’t have asked for a lovelier cast and crew or a more enjoyable environment to work in.” 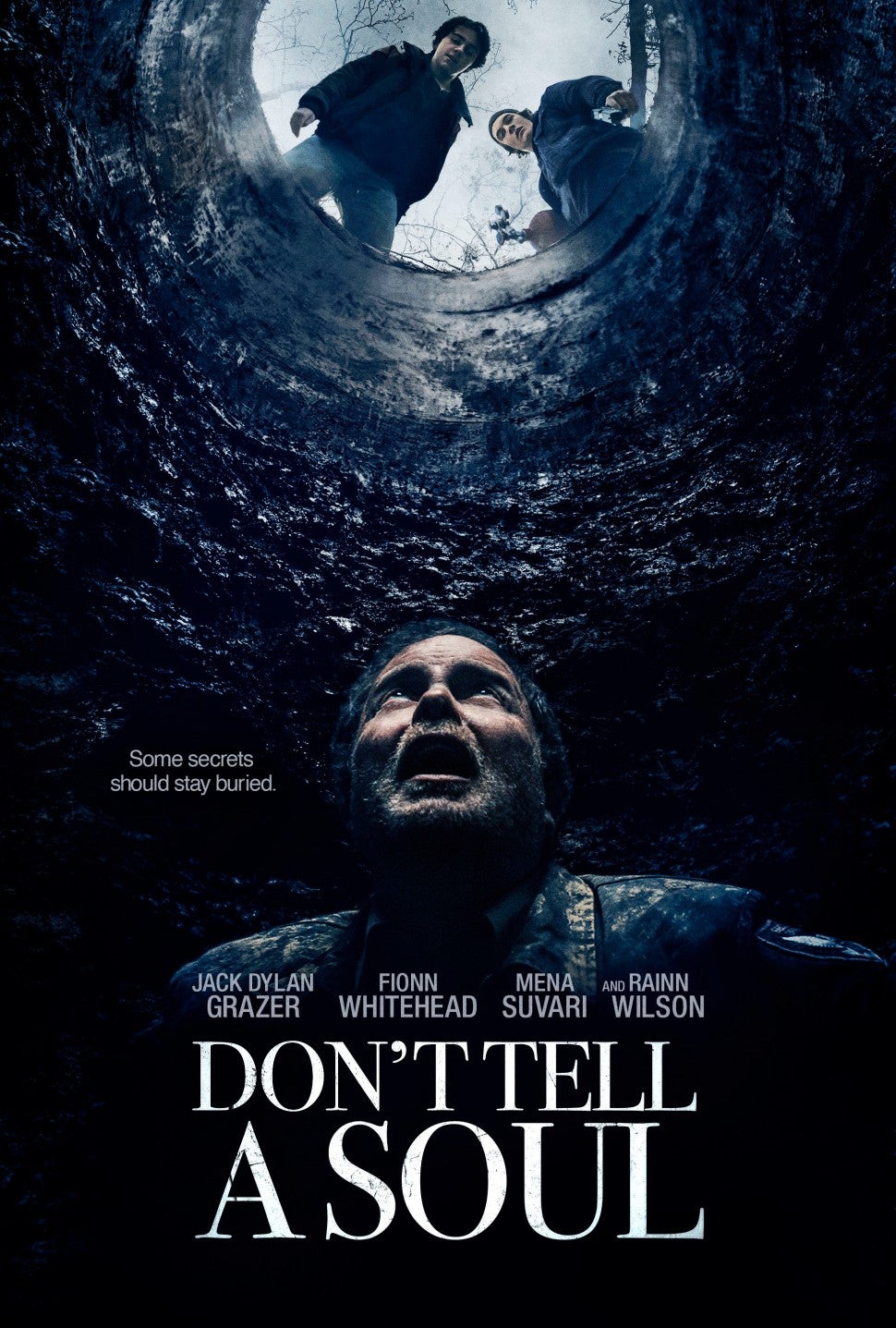 Don’t Tell a Soul is in theaters and available on demand on Jan. 15.

Sarah Silverman reveals she was once fired for wearing ‘blackface’ on old TV show An old racist photo from ‘The...

Celebrities Support Elliot Page After He Comes Out as Transgender

Elliot Page, Formerly Ellen Page, Comes Out As Transgender: I Am Feeling ‘Profoundly Happy’ But ‘Scared’