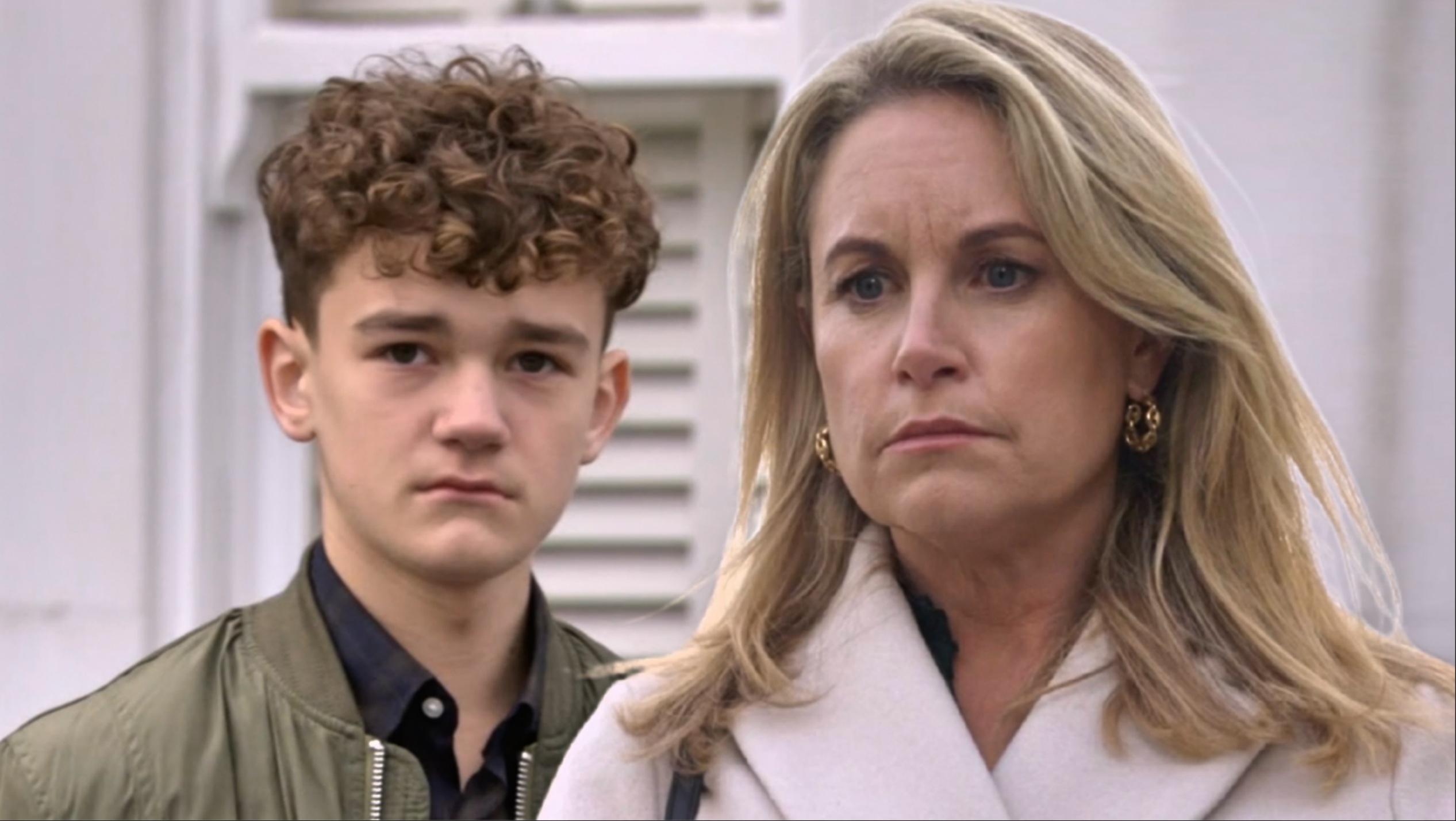 Ricky Mitchell (Frankie Day) was taken to the police station by Jack Branning (Scott Maslen) in EastEnders, as Sam (Kim Medcalf) watched on, conflicted over what to do.

12-year-old Ricky was wanted at the station for questioning, after it was revealed that he was the father of Lily Slater’s (Lillia Turner) baby.

Sam had previously decided to go to Germany to start afresh with ex-husband Ricky Butcher (Sid Owen), but was stunned earlier this week to find out that son Ricky is going to be a dad.

Ricky Jr went to his mum for advice, who was quick to offer him some words of comfort, but Sam ultimately had a big decision to make after the 12-year-old requested that she stay put to support him.

Wednesday’s (January 25) offering of the BBC One soap dealt with the aftermath of Ricky’s request, as Sam pop over to speak to him, revealing that she’d made a decision.

Ricky was hopeful that he’d managed to convince her to stick around. Sam, however, burst his bubble, confirming that she’s still going to Germany with her ex.

Jack, horrified, was quick to berate her for letting Ricky down when he needs her the most, revealing that their son could be facing charges.

It wasn’t just Jack who had a bone to pick with Sam over her deserting her child, as both Phil (Steve McFadden) and Kat Slater (Jessie Wallace) were quick to offer their thoughts on the matter.

Sam once again found herself conflicted, as she watched her beloved son head to the car, readying himself to go to the station for questioning with his dad.

The other Ricky, meanwhile, decided to get down on one knee and propose to a shell-shocked Sam. The question is: which Ricky will she put first?

EastEnders continues Thursday January 26 at 7:30pm on BBC One.