Gray Atkins (played by Toby-Alexander Smith) attacked Chantelle Atkins (Jessica Plummer) when the mum-of-two bravely told her abusive husband she was leaving him. EastEnders viewers were sickened to see Gray calmly remove any evidence that proved Chantelle planned to leave him from their flat as he left his wife to die. But, fans have spotted a huge clue in the aftermath of the attack that could seal Gray’s fate.

When Chantelle revealed she didn’t love her husband anymore, the solicitor saw red and shoved his wife on to an open dishwasher.

Tragically, the hairdresser fell onto a knife and called out to Gray to help while she lay there unable to move.

Instead of getting help, Gray tidied up the scene making it appear as if his wife had slipped on their child’s toy.

The solicitor paid a visit to the Minute Mart and specifically picked up a glass bottle of milk. 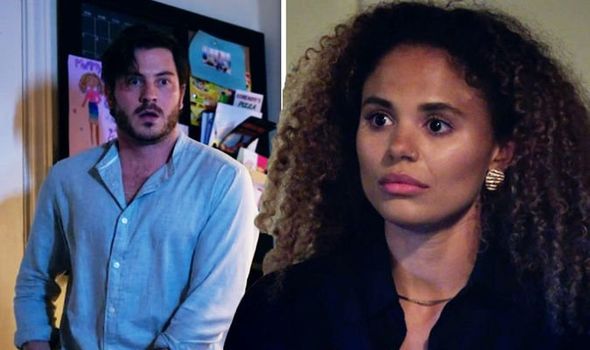 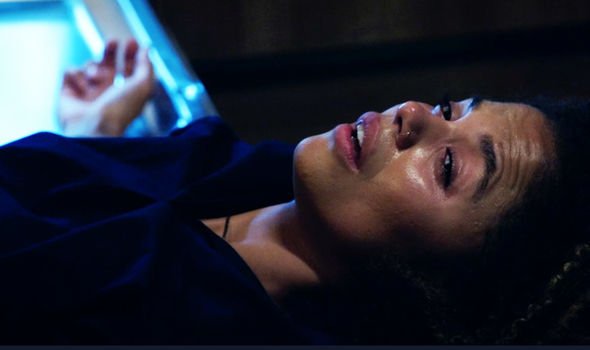 When he returned home, he checked to make sure Chantelle was dead before making it seem like he had entered the room for the first time.

He smashed the bottle of milk onto the floor before calling emergency services in tears.

Despite his sinister plan, BBC soap fans have spotted how Gray will be exposed as Chantelle’s killer.

One said: “Gray buying that glass milk bottle will be his downfall! Police will find out he bought that while Chantelle was already dying #Eastenders.” 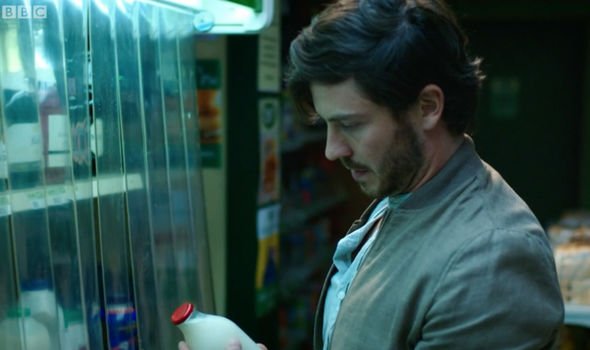 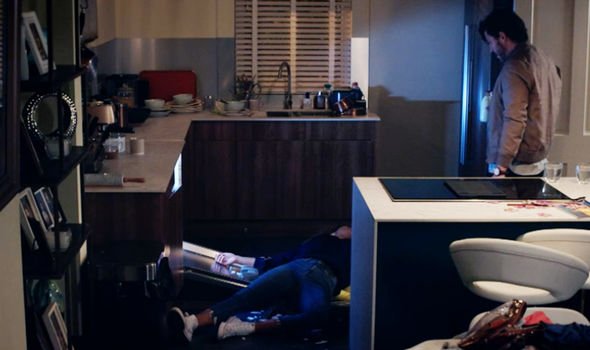 “Won’t they find it odd that he specifically bought a glass bottle? The pantomime of it all #EastEnders,” a second shared.

Someone else added: “#EastEnders I hope forensic investigators will note that the trajectory of the milk bottle indicates that it was thrown with force and not simply dropped from shock!”

BBC soap viewers watched Chantelle die in heartbreaking scenes after she found the courage to stand up to her abusive husband.

Chantelle said: “I can’t do this another minute longer I can’t stomach it.

“You can cancel my bank card, you can push me around, you can beat me black and blue but you will never win because I don’t love you anymore.

“I lost your baby and I was glad. Look at you what woman would want to be with a man like you.

“Weak, pathetic the only mistake I ever made was staying this long, not speaking up and telling everyone the truth.”

“I kept my mouth shut because I thought that’s what a good wife did,” she continued.

“I didn’t want any of this to be true so I stayed silent. I kept quiet. Well, not anymore.

“I am leaving, I am taking my children and I am walking out that door and if you try and stop me I will start screaming and I won’t stop.”

“You’re not going anywhere ever, your place is here with me,” Gray exclaimed before pushing her into the dishwasher.

Will Gray face the consequences of his actions or will the solicitor’s sinister plan to evade justice work?

If you have been affected by this story you can call the national domestic abuse helpline on 0808 2000 247, or visit Women’s Aid here.

EastEnders continues Monday on BBC One at 8.05pm. 6 Mar 21
Piers Morgan and Prince Harry's Oprah interview, which is less than 48 hours away from…
TV & Movies
0