Honey Mitchell (played by Emma Barton) was heartbroken when she discovered her partner Adam Bateman (Stephen Rahman-Hughes) had been cheating on her in Eastenders. After months of feeling like she didn’t deserve the love rat, Honey finally took a stand and left him with an explosive showdown in the Square. However, her confidence has taken a battering and the shopkeeper has been desperately trying to keep her eating disorder hidden from those closest to her.

In upcoming BBC scenes, Mitch Baker (Roger Griffiths) asks Honey on a date but things don’t quite go to plan.

Honey orders a salad leading to Mitch questioning her over her food choices but Honey doesn’t respond well to his probing.

Later on in the date, Honey overhears Mitch sharing some harsh words about her to Bernie Taylor (Clair Norris).

Humiliated, Honey rushes off to binge on food before being interrupted by Lexi Pearce (Danielle Harold), Janet and Billy Mitchell (Perry Fenwick). 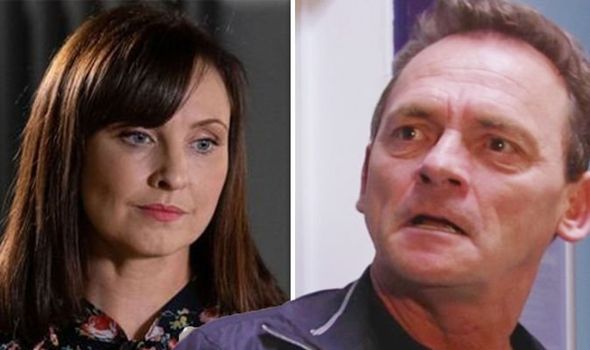 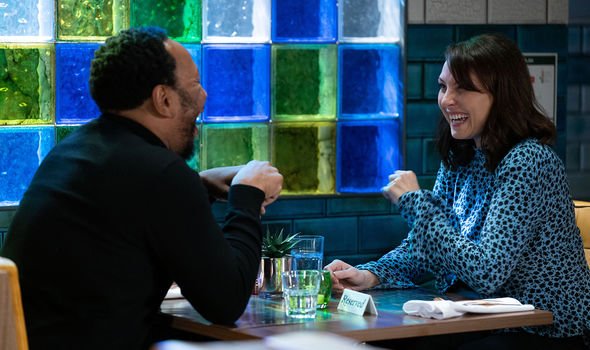 The family head off to the local beauty pageant where Lexi and Janet are taking part.

Honey sneaks off to the toilet but doesn’t realise Janet has followed in behind her.

Billy soon realises the pair are missing and tracks them down to the toilet just as Honey is being sick while Janet waits outside.

Horrified by what he sees, Billy questions Honey on her parenting skills and demands an explanation but Honey brushes him off. 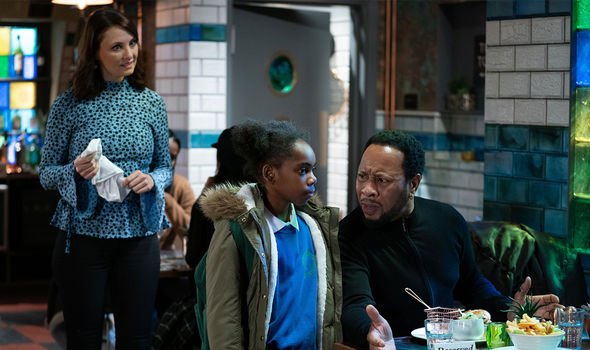 Janet wins the pageant but Billy can’t help but shake the feeling Honey is keeping something from him.

Trying to keep her eating disorder secret, Honey makes a big fuss of making food for herself and the kids while Billy watches.

Billy tries to talk some sense into Honey but she insists her date with Mitch left her with food poisoning.

When Billy finds out from Mitch she had a salad, the penny begins to drop and he starts to research eating disorders.

Later, Lola finds him and he confides in her about his concerns.

Will Honey listen to Billy and let him help or will she shut him out and continue to drift away from those closest to her?

Meanwhile, Ben Mitchell (Max Bowden) is moving on after his break-up with Callum Highway (Tony Clay).

However, in upcoming scenes it finally dawns on Phil that his son is single when he announces he has a date lined up.

Last week, Callum handed Ben a gift before announcing he would be spending Christmas away from Walford.

It’s clear the aspiring police officer is heartbroken over Ben’s decision and he’ll be crushed when he realises how quickly he’s moving on.

Is this the end for the couple or will they find their way back to each other in the New Year?

EastEnders continues tonight on BBC One at 8pm.