EastEnders fans were delighted when it was announced Kathy Beale (played by Gillian Taylforth) would be joining the dating app scene earlier this year and she’s finally going to venture out on a date next week. However, Kathy is soon charmed by a man named Iain who she matches with on an app – but could he have more sinister motives to be unveiled which could see the cafe owner lose everything?

Ian Beale (Adam Woodyatt) has been struggling with money in recent months after buying The Queen Vic with the help of Max Branning’s (Jake Wood) money.

However, when things worsened for the businessman, he went behind his mum’s back and re-mortgaged Kathy’s café.

And it seems he could be about to be rumbled by his son Peter (Dayle Hudson) in episodes to come.

But could it be Kathy who ends up losing everything when she meets her new love interest? 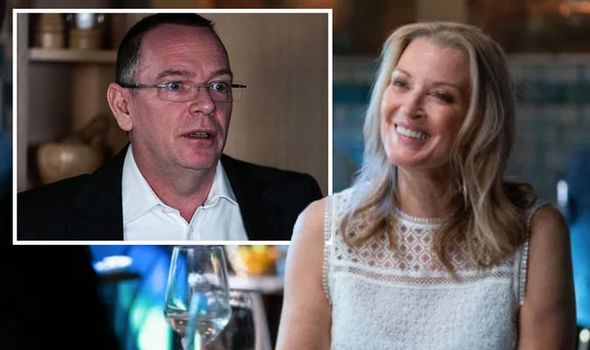 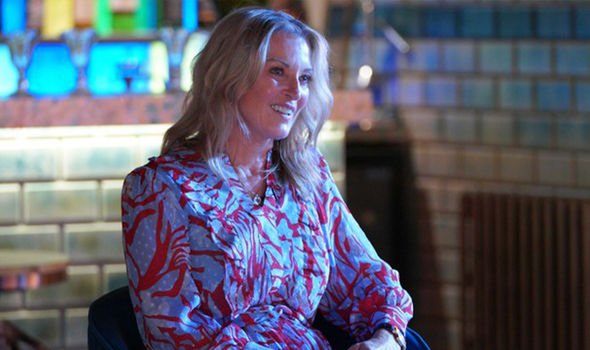 In episodes to come, Max piles on the pressure once more and asks for his money, with Ian confirming he will give him it as soon as possible.

And when Peter catches the confrontation, he assumes his father’s money troubles are all sorted.

Elsewhere, Kathy’s attention will soon be elsewhere when she finds herself on a dating app and matches with a man called Iain.

However, the fun doesn’t last for long when Peter spills to Kathy his dad has borrowed money. 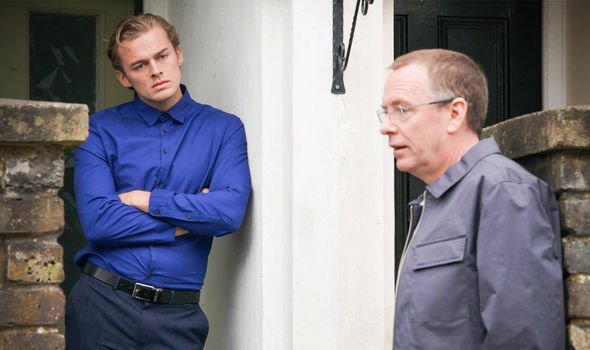 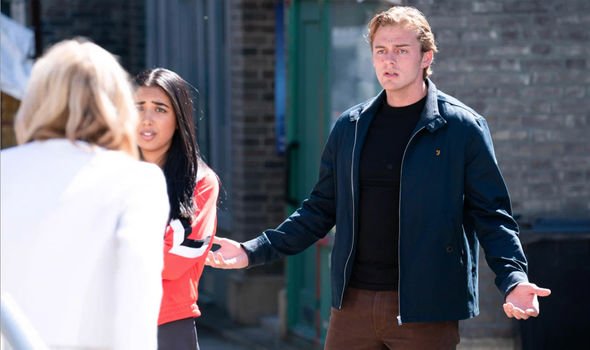 What the pair don’t realise is an increasingly anxious Bobby (Clay Milner-Russell) is listening in.

Later on, Peter has another admission to make when Kathy starts preparing for her date.

He tells her he lowered her age on the dating app but it doesn’t stop Kathy from getting excited about her plans.

But when Kathy later confronts Ian about his money worries, she tells him she’ll look into getting the café re-mortgaged.

Little does she know Ian has done it behind her back, leading him to soon reassure his mum everything is in order.

Peter’s suspicions grow of his dad and he starts to look into information regarding his dad’s money.

And it’s not long before he finds out the truth, which he’s sure to tell Kathy before long.

When Kathy finally gets to go on her date, things end in chaos she falls over after a few too many drinks at The Prince Albert.

Bobby’s anxieties only become clearer with Peter finally starting to cotton on to the issue – but his concerns also lie elsewhere.

But with Peter’s digging only set to continue, could he end up finding something out about his grandmother’s new love interest?

Perhaps, with Kathy already veering towards money struggles of her own, the romance could soon end up taking a sinister turn.

Will it emerge Kathy’s date has other motives in-store and is secretly trying to take her money away from her?

EastEnders airs Mondays and Fridays at 8pm and Tuesdays and Thursdays at 7:30pm on BBC One.

Former Miss America Leanza Cornett has sadly died at the age of 49, it has been confirmed.  The beauty queen,...