Mick Carter (played by Danny Dyer) was horrified when Frankie Lewis (Rose Ayling-Ellis) told him her mother abused him and their relationship couldn’t have been consensual as he was 12-years-old at the time. The newcomer vanished after the revelation and Katy Lewis could make a shocking arrival in EastEnders after becoming convinced Mick had something to do with Frankie’s disappearance. 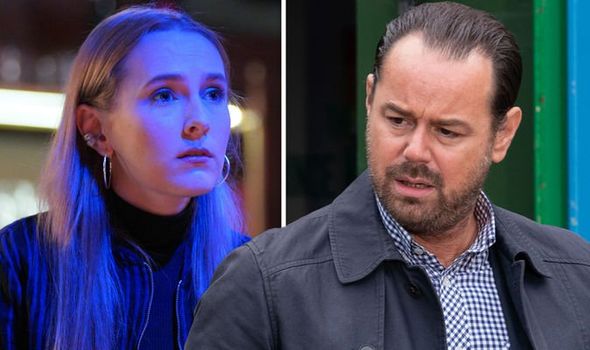 In recent scenes on the BBC soap, Tina Carter (Luisa Bradshaw-White) told Mick she had tracked down their former care worker to try and find Frankie.

Tina said: “Linda and I were talking about Frankie and her shooting off like that and I just thought why don’t we kill two birds with one stone.”

Confused, Mick asked: “What are you talking about?”

Tina explained: “Track down Katy, find out where Frankie is and I found her Mick.” 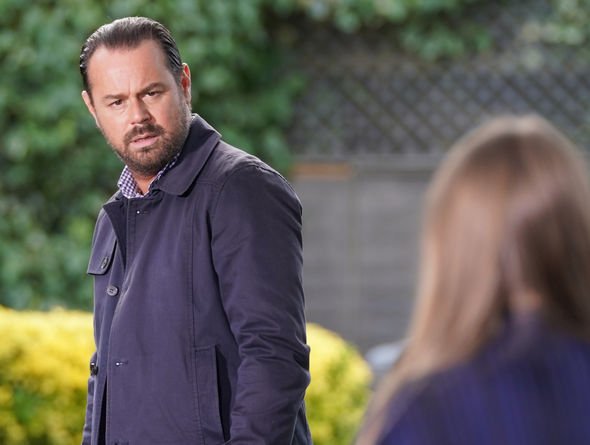 Showing Mick a photo, she said: “She hasn’t changed much has she? I mean she’s aged a bit but I’d recognise her anywhere.”

“So are you going to call her or shall I?” Tina asked.

Mick stormed off closely followed by Shirley Carter (Linda Henry) as a confused Tina looked on.

Confronting her son in the Square, Shirley said: “So that’s it, is it? She’s the problem. 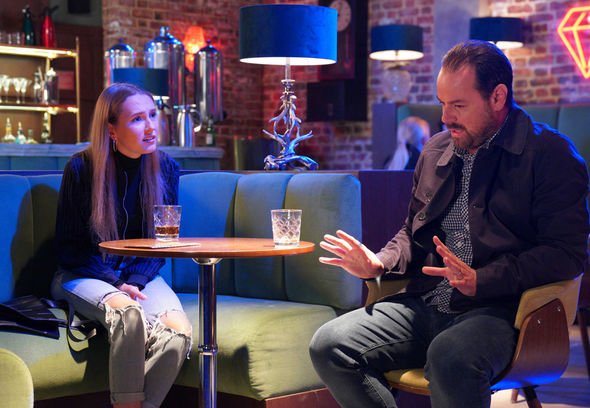 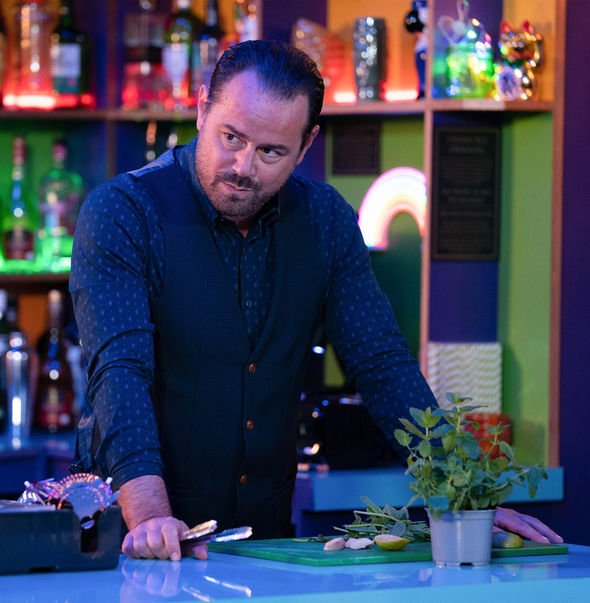 “Oh come on Mick I saw it on your face just now it was like you saw a ghost.”

She continued: “I’ve spoken to Linda about this too and I’ve apologised to you but if I have to do it again then okay I’ll do it.

“She stepped up, I didn’t, she was there for you Katy and I bailed out and I can’t put that right not now.

“But what can I tell you Mick? I will keep telling you that I’m so sorry and I’m so ashamed of leaving you with a stranger to bring you up then and not me.”

Mick tried to respond but Shirley said: “Maybe Tina’s right we should all meet up.”

The former landlord’s demeanour changed as Shirley continued: “Maybe I need to tell her all of this and thank her for what she did. I know it might not do any good now.”

Interrupting, Mick quipped: “No it won’t. It’s easy to say sorry now and make your little speeches but now is not what matters to me.

“So you’re sorry and ashamed. Now you know how ashamed I am of you.”

Mick has struggled to come to terms with his past after Frankie slammed her mum for abusing him as a child.

However, could Katy blame Mick for Frankie’s disappearance and arrive in Walford to confront him?

EastEnders continues on BBC One on Monday at 8.05pm.

Get the best celeb exclusives and video house tours to your inbox every evening with our daily newsletter Maura Higgins...

A 50-year-old man has filed a lawsuit after wildlife officials say he was mauled by a captive black leopard in...