Linda Carter (played by Kellie Bright) cheated on husband Mick Carter (Danny Dyer) last year while the Queen Vic landlord secretly came to terms with the abuse he suffered as a child. The mum of four turned to Max Branning (Jake Wood) when her husband shut her out but the couple reunited when Mick opened up on his past trauma. However, Linda’s exit from EastEnders may be sealed after she confessed to Mick that she’s pregnant with Max’s child.

Linda spent the night with Max last year but regretted her decision when she realised she still loved her husband.

The Queen Vic landlady planned to leave Walford with Max but changed her mind when Mick finally told her the truth about Katy Lewis (Simone Lahbib).

However, the couple’s relationship may be over for good now that Linda has discovered she’s pregnant with her former lover’s child.

In tonight’s instalment of the BBC soap, Linda received a scan after falling ill in the presence of her daughter’s doctor.

Determined to change Nancy Carter’s (Maddy Hill) mind over her planned sterilisation, Linda tricked her way into meeting with her daughter’s consultant. 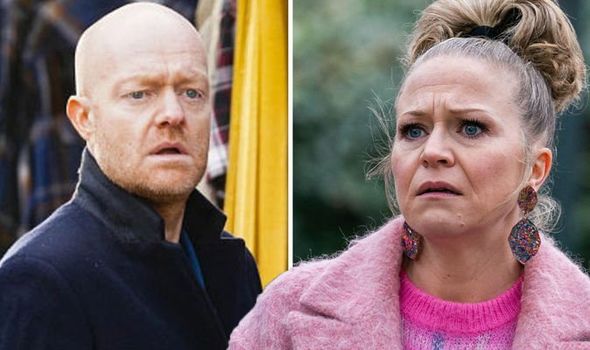 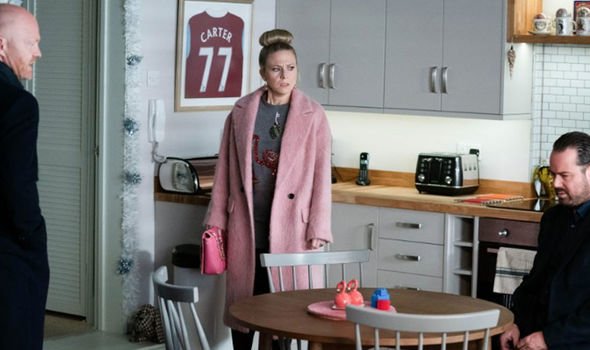 “I’m sorry I can’t discuss my patient…” the doctor explained and Linda hit back: “She doesn’t want this operation. She might think she does but she’s young.”

The doctor asked: “Can I suggest you talk to your daughter about this?”

“She won’t listen, she’s just split up with her husband, she’s in a bad place,” the landlady argued.

“I promise you we take the mental health of any patient seriously,” the doctor replied.

“She’s buying drugs off the internet, you can’t put her under general anaesthetic when she’s on god knows what,” Linda quipped before gasping for air. 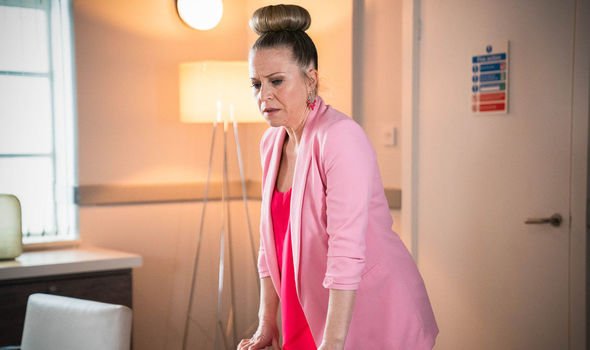 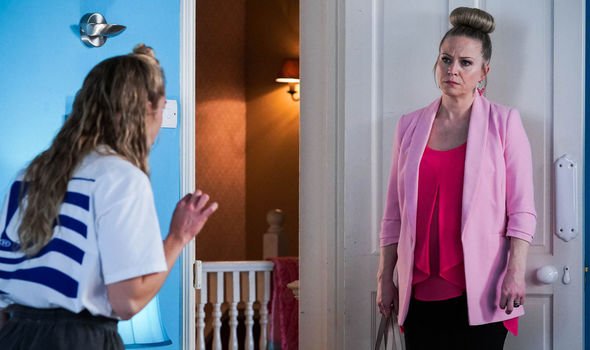 “Mrs Carter, are you okay? Take a deep breath, has this happened before?

“I can have you checked out before you leave, it’s no problem. Do you have a medical condition we should know about?”

“I think I’m pregnant,” Linda revealed before later telling her husband the news.

Nancy was furious with her mum for interfering with her doctor’s appointment and questioned whether Linda should have had children.

“I’ve only ever tried to be a good mum, put my kids first, look where it’s got me?” Linda told Mick.

DON’T MISS
Bradley Walsh infuriates The Chase fans as team lose £59k ‘Fix!’ [VIDEO]
A Place in the Sun couple in tears after bidding war for property [INSIGHT]
Kevin Clifton red-faced as he’s put on the spot over 3 marriages [INTERVIEW]

“Maybe next time I’ll get it right,” she added and the landlord hit back: “What do you mean next time?

“What a baby? That’s amazing, this is what we need, this is like a fresh start for the family.”

Earlier this year, the Queen Vic landlord told his wife he could forgive her infidelity if Max left Walford.

The love rat was convinced Linda wasn’t in love with her husband and wanted to be with him instead.

However, when she told him how she really felt, Max decided to leave Walford for good.

If Linda decides to keep and raise the baby, Mick may struggle to cope with being reminded of his wife’s affair.

Will Linda be forced to leave Walford and track down the father of her unborn child?

EastEnders continues on BBC One on Thursday at 7.35pm.