EastEnders resident Whitney Dean (played by Shona McGarty) thought she had found love with Leo King (Tom Wells) following the heartbreak she endured when ex-fiancee Callum Highway (Tony Clay) revelled his sexuality. But, in a dark plot twist, Leo’s true identity was revealed; the son of Tony King (Chris Coghill), the man who groomed Whitney when she was a teenager. And now, she is in even more danger as official spoilers have explained how she could find herself kidnapped and held hostage.

Despite Whitney making her thoughts about Leo clear, he has refused to leave her side and is now making efforts to stalk her in a desperate attempt to try and persuade her to give him a second chance.

But his true motive will become clear; he is going to try and get Whitney to confess to lying about Tony – despite her telling the truth.

With his mission failing, Leo plans his next move – hiding in her attic.

In upcoming episodes, viewers will tune in to see Whitney invited to go away for the weekend with Sonia Fowler (Natalie Cassidy) after her daughter Bex Fowler (Jasmine Armfield) declines the offer.

And Leo, who is hiding in the attic overhears the conversation and plots his next move. 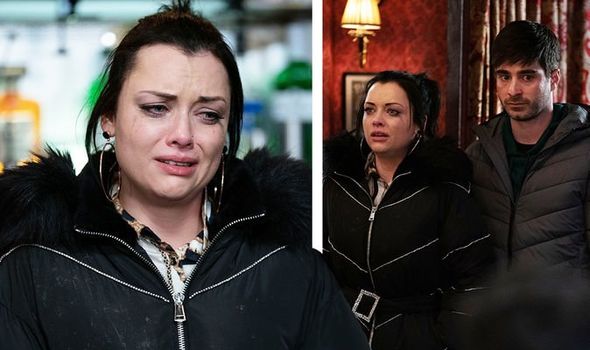 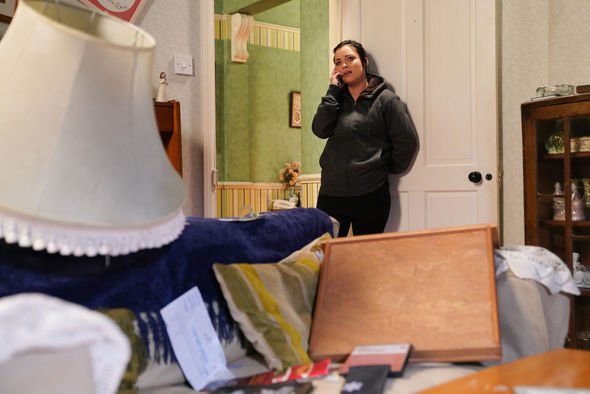 Upset by Kat’s outburst, Kush offers his support to Whitney and she feels comfortable enough to open up and tell him about the letter she has kept from Tony.

Leo, who is listening intently from the attic hears and his interest is piqued, wondering where the letter is being kept.

Unable to shake off Kat’s disappointment, Whitney cancels her plans with Sonia and heads to the Slaters house where she apologises to Kat.

But, while the pair are having a heart to heart, Leo is turning Dot Branning’s (June Brown) house upside down, desperate to find Tony’s letter.

It isn’t long until Whitney arrives home and the scene she walks into leaves her utterly panicked. 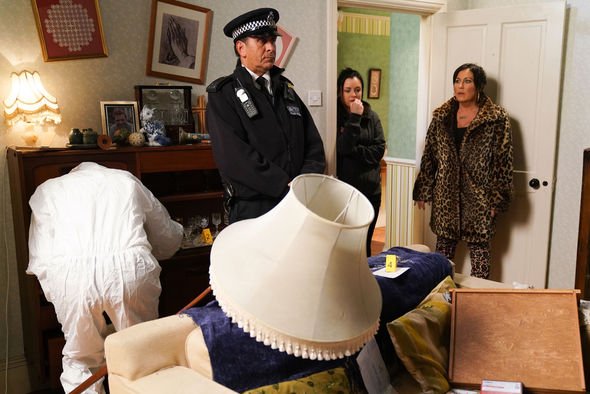 As the police arrive, Kat is quick to point the finger in Leo’s direction and Whitney is left wondering what he was looking for should he be behind the raid.

Deciding to quickly check the place she hides Tony’s letter, Whitney is left worried when she realises it is missing and tells the police.

All while Leo is lurking in Dot’s room.

When Ruby (Louisa Lytton) arrives, she helps Kat calm Whitney down, and between the two of them they try to avert Whitney’s attention and plan to go on a boat party later that evening.

As Whitney prepares to leave, she is petrified to see Leo in her room, and he cannot contain his hatred. 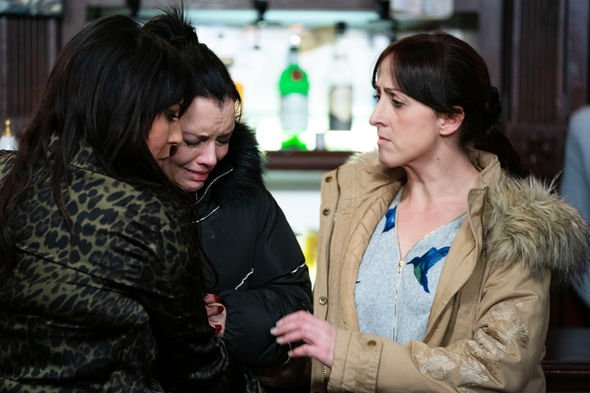 In terrifying danger, and Leo intent on getting revenge for his father, one person will be left with blood on their hands.

Will Whitney be forced to strike in self-defence?

The lead actors who are embroiled in this storyline have spoken out about what’s to come.

Tom Wells and Shona McGarty both spoke to RadioTimes.com about their character’s upcoming actions and Tom explained: “He thinks the letter will be the single shred of evidence that will prove everything. Leo is convinced it can prove his father’s innocence and would stand up in court. Also, it’s a tangible thing from his father, something that connects them.

“Leo is very conflicted and is basically in love with the person he hates the most,” Tom added.

“He blames Whitney for everything but in the same breath he loves her. Leo is a mix of emotions – he’s furious, heartbroken and betrayed. He struggles to contain his emotions this week and as more information comes to light, he can’t hide it any longer.”

Shona said Whitney is “constantly looking behind her,” and described the situation as “horrible”.

“Everybody’s stressed to her how much danger she is in and she trusts her family and friends. She is worried about what he’s capable of,” the actress continued.

“Whitney really does see the good in everyone and still wants Leo to be happy, which proves how nice she is. Even though he is Tony’s son and it’s awful and tragic as they can never be together, she does kind of still hold a flame for him. She’s been oblivious that Leo is in her loft which is just terrifying.

EastEnders returns tonight at 7.30pm on BBC One. 31 Jan 22
The Avengers director Joss Whedon became one of Hollywood’s most popular creative forces in the 2010s.…
TV & Movies
0 2 Jun 21
Anne Boleyn: Jodie Turner-Smith stars in Channel 5 trailerWhen you subscribe we will use the…
TV & Movies
0