Emmerdale resident Will Taylor (played by Dean Andrews) has recently become involved with Kim Tate (Claire King) following the breakdown of his engagement to Harriet Finch (Katherine Dow Blyton), who cheated on her with disgraced copper, DI Malone (Mark Womack). However, as Will and Kim continue to enjoy each other’s company, his daughter Dawn (Olivia Bromley) is left horrified when she finds out the pair are romantically linked and offers him up an ultimatum – but who will he choose?

Will has been seen getting closer to Kim as the pair have struck up quite the bond.

However, one person who won’t be impressed to find out the extent of their relationship is Dawn.

Next week, Dawn will try and force Will to choose her over Kim, leaving him in a tricky position.

Dawn will be in trouble in episodes to come after being offered a job Jamie Tate’s (Alexander Lincoln) after being sacked from HOP. 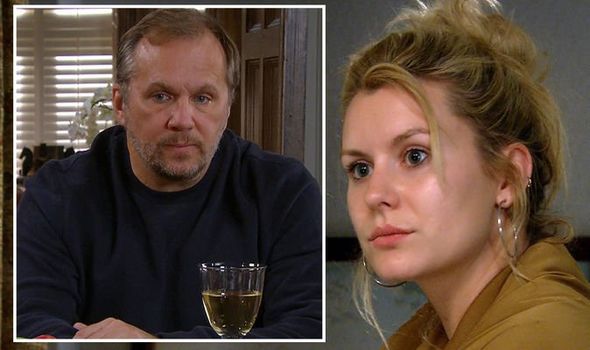 Jamie finds Bear’s (Joshua Richards) wallet and promises to give it back to him but Dawn is caught up in the drama.

When Kim asks where Dawn is, Gabby attempts to drop her in it by pointing out she’s asked to leave early that day.

An unimpressed Jamie defends she has a meeting with social services.

With Gabby Thomas (Rosie Bentham) also interested in Jamie, she lands Dawn in it and Bear’s wallet is found in the young mother’s bag. 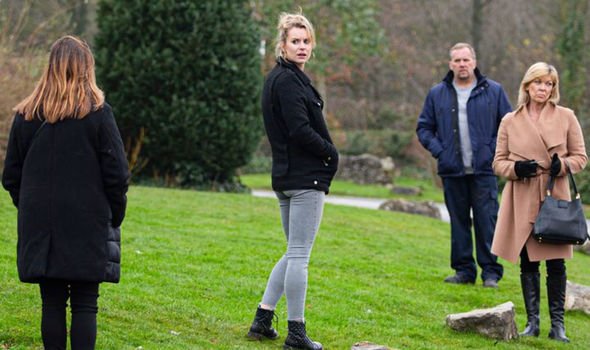 Jai Sharma (Chris Bisson) promptly sacks Dawn despite her insistence she is innocent and it becomes clear to Kim who was responsible.

Later on, Kim tells Gabby what she knows and admits she’s wiped the CCTV after her set-up on Dawn.

Kim’s left impressed and tells the teen she’s shown potential, though reminds her she has a lot to learn.

Gabby is left smug when she watches Dawn clear her desk but when Jamie shows up, he offers the latter a receptionist job at the surgery.

Gabby and Kim are left fuming over Jamie’s move to help Dawn and his mum later makes a harsh accusation against her.

She tells Dawn she’s just using Jamie for money, which leaves her furious.

It comes just as her dad Will passes them by, who is equally unimpressed by Kim’s comments.

Realising her father has lied to her, Dawn’s left disgusted and issues him an ultimatum.

Either, he ends things with Kim or he never sets foot in the house again.

However, it’s not yet known who Will ends up siding with and if his decision could be one he regrets.

If he decides to choose his daughter, could be forced out of the village by scheming Kim if she seeks revenge? 28 Jun 21
True Grit remains one of John Wayne’s most famous Western movies. However, just because a…
TV & Movies
0