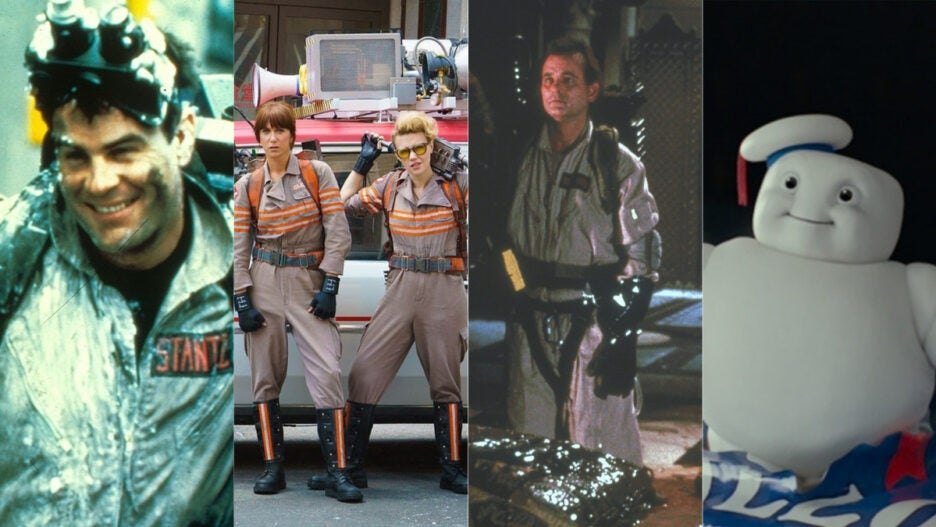 It’s a question that filmmakers and one particularly eager studio (Sony) has been asking itself for literally decades. It’s something that has even plagued director Jason Reitman, who takes over for his dad Ivan Reitman with this weekend’s “Ghostbusters: Afterlife.” “It is a complicated endeavor to take on this franchise, which means so many different things to different people,” Reitman recently told io9. “As a result, we are trying to address the desires and needs of every type of person who is going to see this film—and at the same time, try to just have a good time. Try to come at it with just joy all the time and involve the people that we love working with.”

And with all of this in mind, we set out to rank all of the “Ghostbusters” movies. None of the movies are bad, exactly, but some just hit differently.

Sure, it’s the least entertaining “Ghostbusters” entry, but 2016’s “Ghostbusters” aka “Ghostbusters: Answer the Call” is still a blast. “Bridesmaids” director Paul Feig re-casts the main ghostbusters as ladies (Melissa McCarthy, Kristen Wiig, Kate McKinnon and Leslie Jones), each with their own distinct personalities and characteristics, in this overstuffed reboot. (Chris Hemsworth shines as their dim bulb assistant). An overreliance on razzamatazz visual effects and a supremely weak villain are far more damning than anything related to the main characters’ gender.

In some ways “Ghostbusters II” is a slightly warmed-over version of the first film; occasionally the actors don’t really seem like they want to be there. And by all accounts the production was a nightmare. And yet, there’s plenty to love in “Ghostbusters II,” particularly the eye-popping ILM effects in the last act, an underrated soundtrack album, and that opening courthouse sequence where Rick Moranis serves as the ghostbusters’ incompetent lawyer. Even a so-so “Ghostbusters” movie can be a lot of fun.

The latest “Ghostbusters” adventure is a direct sequel to the two original films. What’s interesting, though, is that filmmaker Jason Reitman, whose father Ivan Reitman directed the first two films, took a totally different tone, instead leaning into Spielbergian wonder and a familial mystery involving Spengler’s daughter (Carrie Coon) and grandkids (Mckenna Grace and Finn Wolfhard). It might not be for everyone, but “Ghostbusters: Afterlife’s” particular brand of earnest whimsy cast a spell on us.

Truly, nobody had ever seen anything like “Ghostbusters” before and even today it feels like an anomaly – a combination of the “slobs versus snobs” comedy crazy of the 1980s with high tech special effects and a deep fascination with the supernatural. (It says something about the times that the guy from the EPA is the villain.) The entire cast is uniformly brilliant and make the shaggy script positively glimmer. “Ghostbusters” is, justifiably, one of the most beloved movies in recent memory – and a hard act to follow.